A couple of weeks ago, reader Mike asked about the frequency of snow in June on the mountains around Anchorage and in the interior, and I suggested that a partial answer might be available from the observed freezing level in the balloon soundings.  To look at this, I calculated the freezing level for the Fairbanks balloon observations back to 1948, and the following chart shows the minimum and maximum freezing level observed on each day of the year.  There are some interesting features here, as the freezing level maxima are generally lowest in March and highest in August, which represents a considerable lag relative to the surface temperatures.  Also, the range of extremes widens dramatically in August compared to July; August can bring very deep warm air with very high freezing levels, but can also usher in much cooler air with rather low freezing levels. 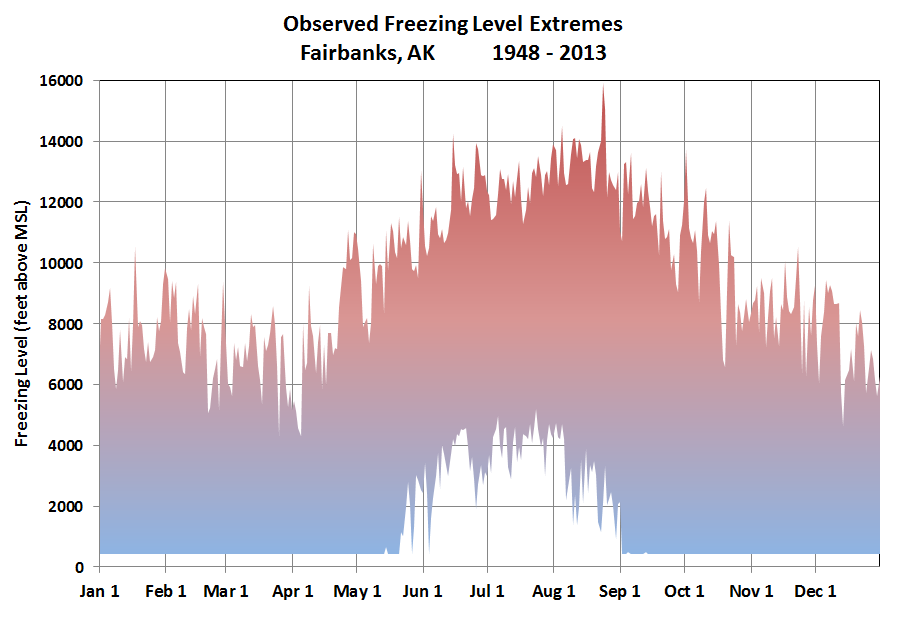 Zooming in on the summer months (see below), we see that it is very rare to get a freezing level below 2000 feet in June, and the record minimum for July is close to 3000 feet.  However, by August 10 a freezing level as low as 1400 feet has been observed. 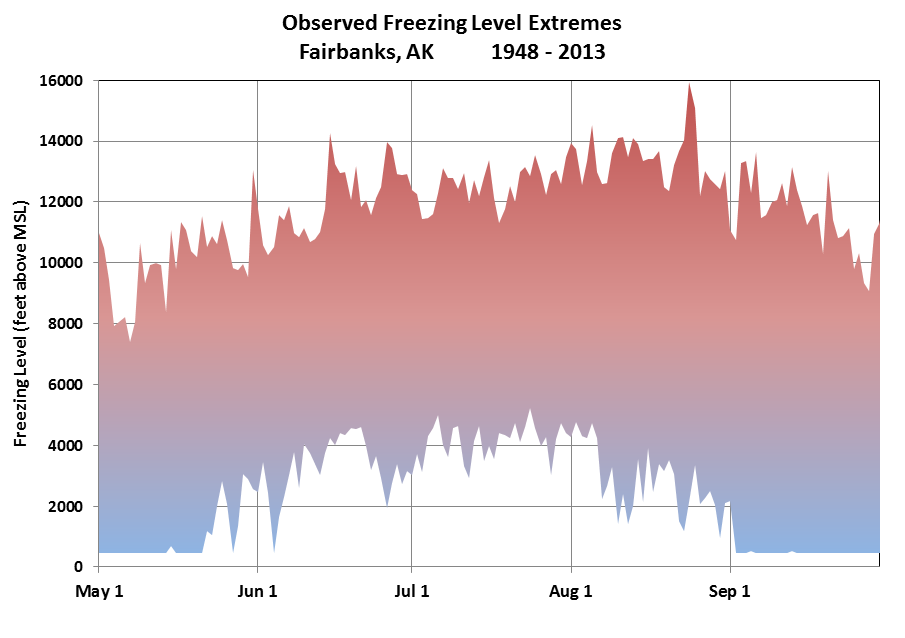 Looking at only days with measurable precipitation at Fairbanks airport (see below), we see that a good many of the cold extremes and the vast majority of the warm extremes occurred on days without precipitation - although of course there may have been precipitation in the mountains on these days. 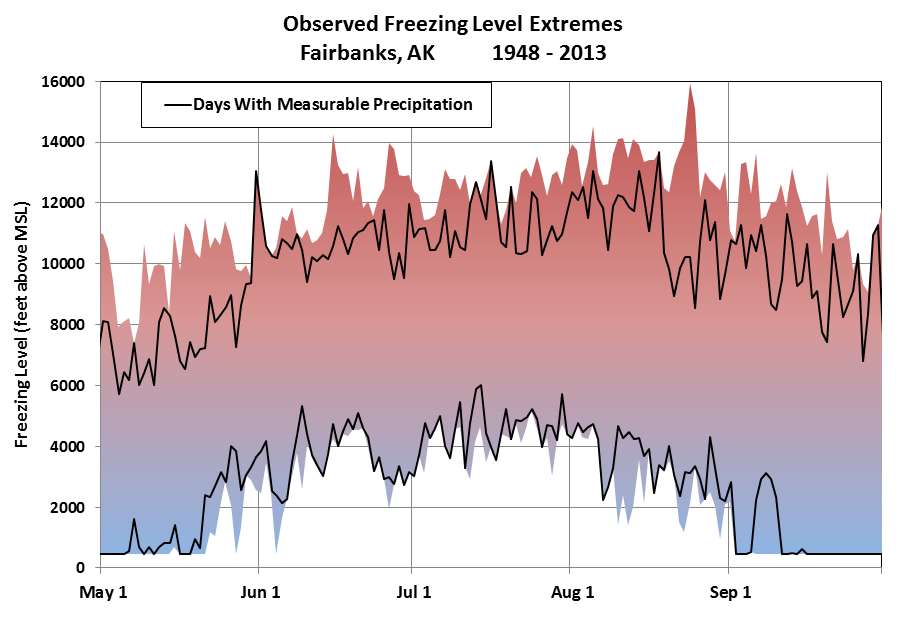 It may be a bit perilous to draw conclusions about snowfall from this temperature data alone, but presumably we can state when accumulating snow is very unlikely to occur.  It seems that accumulating snow would be extremely unusual at any time in June for elevations of 2000 feet or below near Fairbanks, and it would be unheard of in July; although of course a heavy shower can sometimes bring down cooler air and wet snow for a time, so perhaps we shouldn't rule out this kind of wet snow shower in the hills in June.  The highest elevations of the White Mountains near Fairbanks are somewhat over 3000 feet, so it seems these summits may be prone to seeing occasional snow events in June and August (probably more often in late August), but apparently not in July.  And it appears that for peaks above 4000 feet, such as in the higher terrain of the Yukon-Tanana Uplands, snow can't be ruled out at any time of year.

Posted by Richard James at 4:54 AM