Anatomy of a Cold Spell

Regular reader Eric asked about the upper-level flow pattern associated with the late January cold spell and how it contrasted to the earlier persistently warm pattern.  We'll start with a few maps (see below) showing the 500 mb height pattern and anomalies in November (top row) and December (middle row), and for January 1-22 (bottom row).  The basic flow pattern was very persistent, with a strong ridge over western Canada and eastern Alaska creating a zone of southerly flow to its west that transported warm air up to Alaska.  The 500 mb heights were particularly anomalous in November and early January.

We can contrast this flow pattern with the events that unfolded in late January.  The charts below show the daily mean 500 mb height and sea-level pressure beginning with January 22, which was two days before the temperature dropped below -20 °F for the first time in Fairbanks with this cold snap (but Huslia reached -51 °F on Jan 23).  Fairbanks saw minimum temperatures of -40 °F or lower January 26-30. 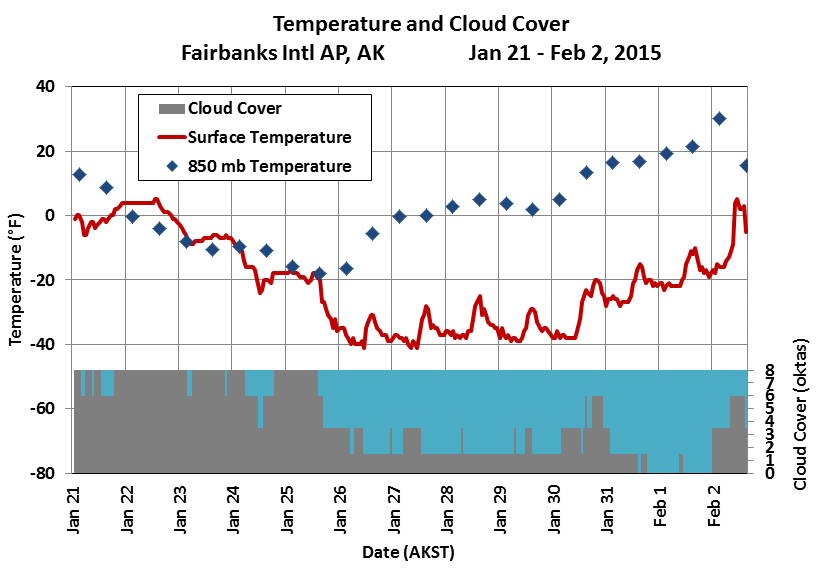