Deep southerly flow aloft continues to transport very warm air northward across Alaska, although the proximity of the upper-level ridge has allowed valley-level locations in the central and eastern interior to cool off recently.  Western areas are having no such luck; for example, Kotzebue has had 8 straight days with a high temperature at or above 32°F (including today).  This is an all-time record (1930-present) for the winter months of December through February (the previous record was 6 days on several occasions).  McGrath is at 9 days and counting with a high temperature of 35°F or higher, which is also an all-time record.

Here's this morning's 500 mb analysis, courtesy of Environment Canada; it's clear that the air now affecting Alaska was located far to the south not many days ago. 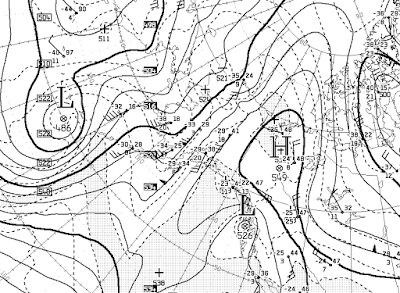 Temperatures above freezing have been reported at many mid-elevation locations on both sides of the Brooks Range in the past day or so.  For example, the Ivotuk CRN site at 1900' elevation remained mostly above freezing for a lengthy period yesterday, as shown in the following chart.

The nearby Howard Pass RAWS (2062'), notorious for its frequently severe wind chill, was also above freezing at times yesterday: 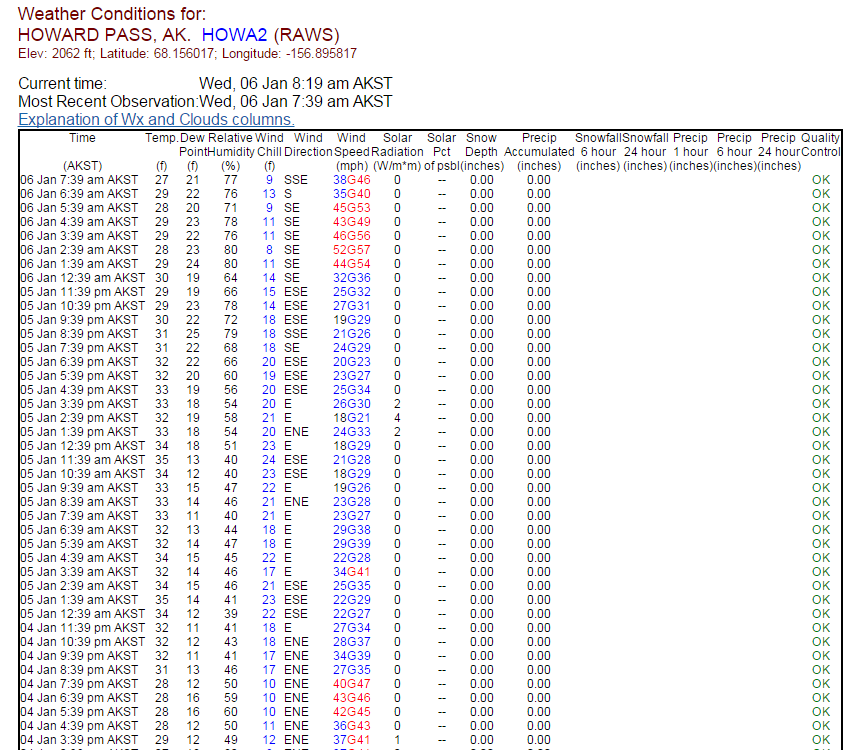 Farther to the east, Toolik Lake (2493') also experienced a thaw in the early hours of yesterday.

Even Umiat, at low elevation on the banks of the Colville River, rose to 32°F yesterday evening.  This is not unprecedented, but certainly very unusual. 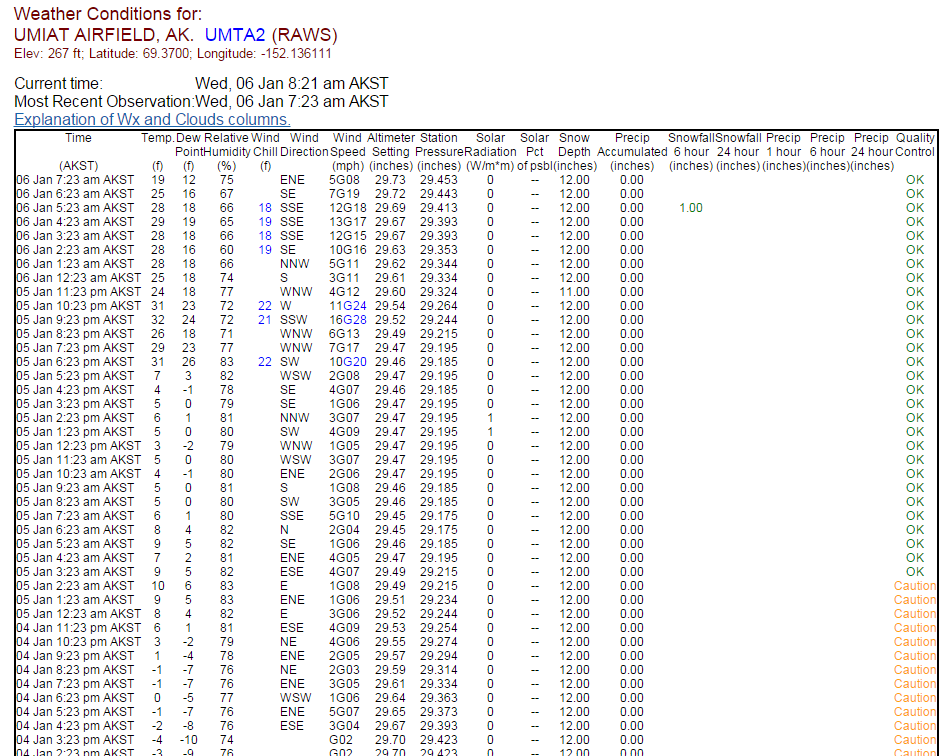 Posted by Richard James at 9:15 AM