Here's a chart showing the lowest temperature reported statewide in Alaska each day so far this winter, along with the same analysis for last winter.  This is constructed with data from NOAA's ACIS tool, but I've excluded Snotel sites because of quality concerns.  Many, though not all, remote automated observing sites are included in the analysis. 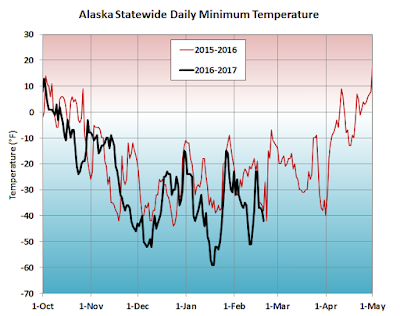 The contrast with last winter has become pronounced since the beginning of the year: from January 1 to present, only one day had a higher statewide minimum than the same date in 2016.  The Kanuti Lake SCAN site dropped below -50°F again this morning, so that makes the 4th separate episode with sub-minus 50°F observed in Alaska; and that's a lot more like normal than recent winters. 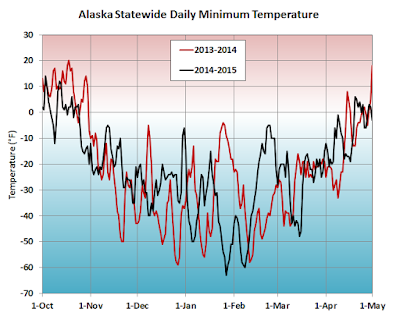