Much has been written in various outlets about the extremely warm winter that the Arctic has been having this year, and so I haven't felt the need to draw attention to it here, but the persistence of the warmth has been so extraordinary of late that I would be remiss not to make some mention of it.  Here's my usual chart of daily mean temperatures compared to the standard 30-year normal for Utqiaġvik (formerly Barrow); the warmth has been extremely persistent and pronounced, with only a handful of days below normal since autumn. 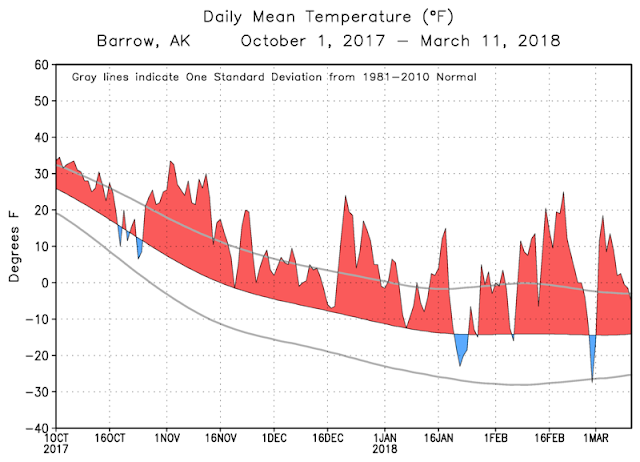 We've become accustomed to seeing extreme warm anomalies during autumn in Barrow in recent years, owing to the loss of sea ice at that time of year, but the kind of winter-long warmth we are seeing now is really remarkable.  The north coast of Alaska was finally iced in by mid-December 2017 (much later than normal, of course), but that didn't bring an end to the anomalous warmth; it seems that the entire Arctic basin has been unable to cool off this winter, even though there's not that much more open water than normal in percentage terms. 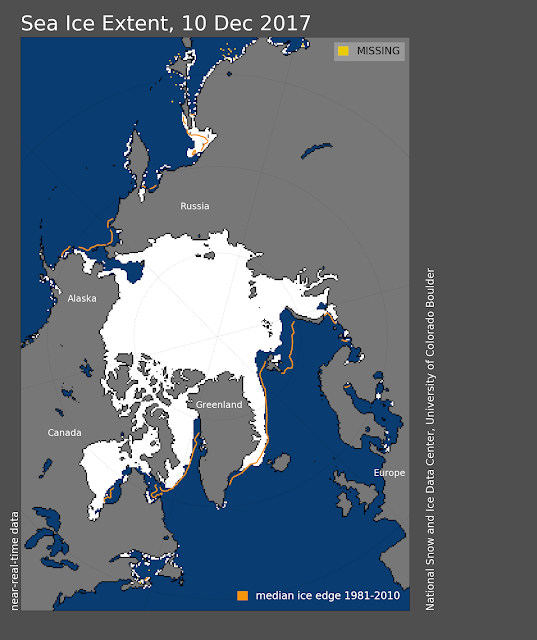 In comparing temperatures this winter to the climate of previous decades, it's remarkable to observe that the respective histograms of Barrow temperatures are non-overlapping to a significant extent - see the chart below.  In comparison to the extreme warmth of this winter, even the notable differences between the 1951-1980 and 1981-2010 climates seem quite minimal; and even the then-record warmth of 2016-2017 seems rather less significant compared to this year. 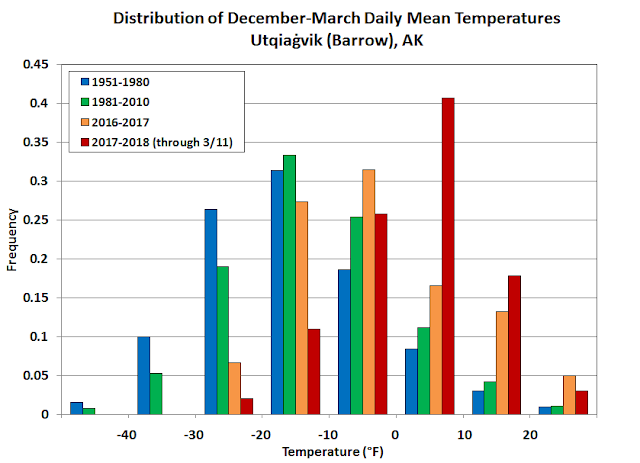 Another perspective on the anomaly is gained by looking at the annual fraction of December-March days with daily mean temperature at or above 0°F - see below.  This winter's outcome (so far) is an astonishingly large deviation from historical climate normals. 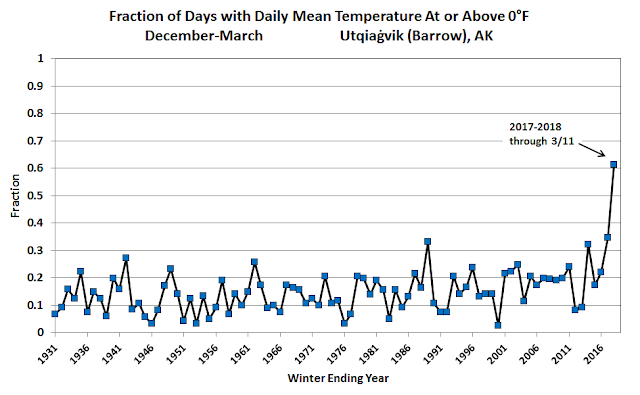