As advertised by computer forecasts from the middle of last week, clear skies and calm winds have allowed temperatures to drop off sharply over the central and eastern interior.  At the surface there is a 1030 mb high across north-central Alaska, but at upper levels the dominant feature is not high pressure but a cold low over the western Beaufort Sea.

The lowest temperature observation I've seen so far is -55F at the Granite Creek SNOTEL just east of Delta Junction, but there were many other worthy contenders including:

Here's a delightful webcam photo from Arctic Village this afternoon: -49F and some light ice fog. 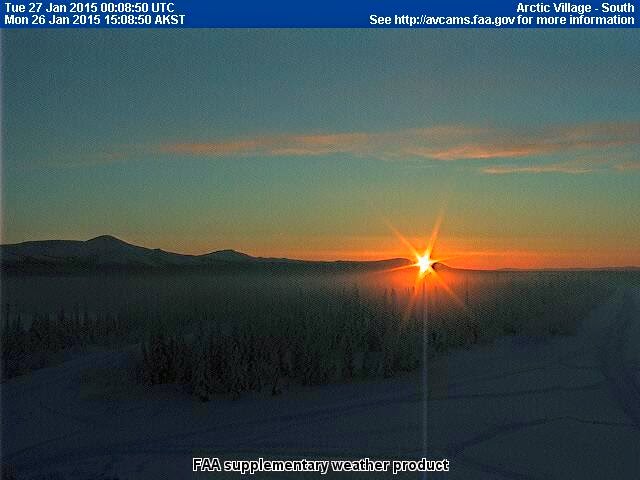 In the Fairbanks area, -43F was reached at the airport, the coldest in nearly two years.  Fort Wainwright reached -48 and Eielson -47.

Yesterday afternoon's balloon sounding revealed deep cold with only a slight inversion (prior to the overnight surface cooling).  The column maximum temperature was -26.5 C, which is again the coldest in nearly two years.  It's interesting to compare this sounding with the coldest of this winter prior to last Wednesday (as measured by 1000-500 mb thickness): see below. 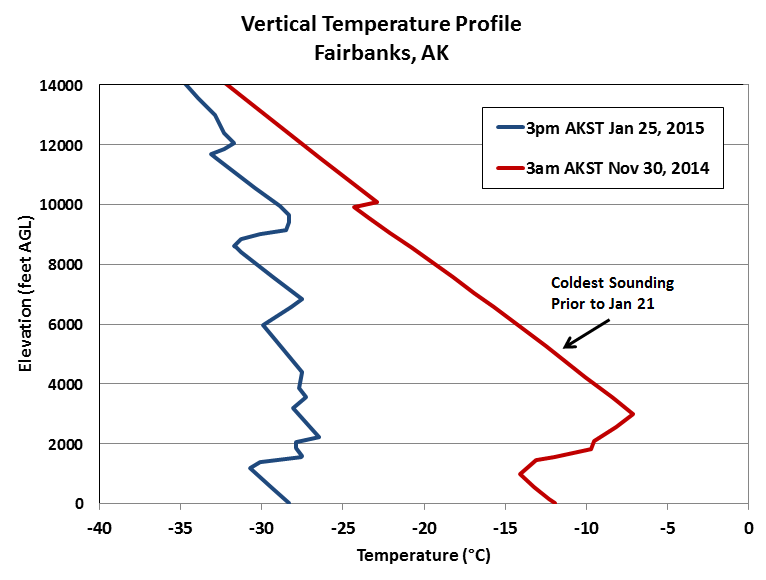