I recently looked at the influence of the PDO phase on Fairbanks temperatures throughout the year, and so I thought it would be interesting to see if there is any discernible influence of the well-known multi-decadal temperature oscillation in the Atlantic Ocean, the Atlantic Multidecadal Oscillation (AMO).  We wouldn't expect to find a strong influence, given that the Atlantic is much farther away and downwind relative to the upper-level mean flow.  But it's an interesting question nonetheless.

The charts below are parallel to those shown in the previous post.  Most of the month-to-month variability in the distribution of temperature seems to be random, but there is an exception in July and August, when the negative AMO phase shows a modest association with unusually warm conditions.  When the AMO is in the bottom quartile, July and August are warmer than normal about 75% of the time.  Presumably they are also drier than normal, but I haven't looked at precipitation yet. 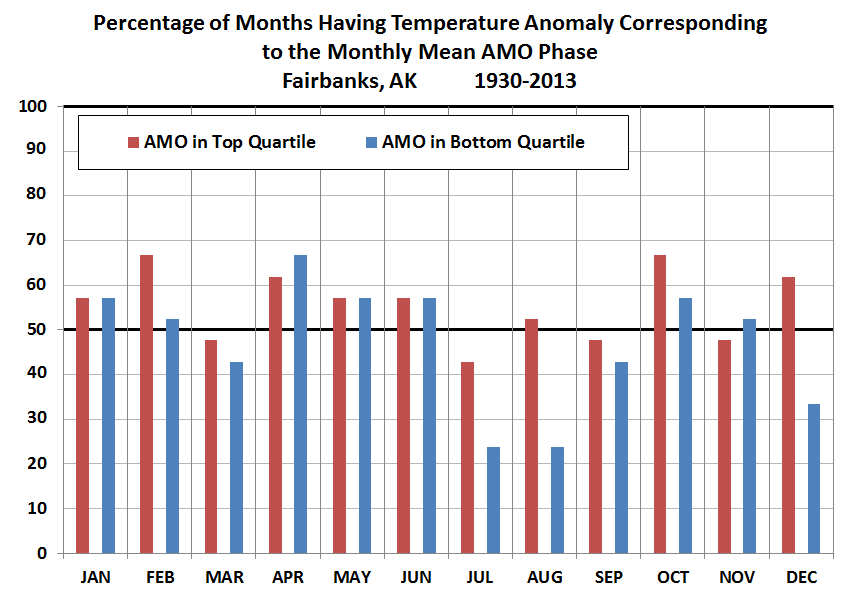 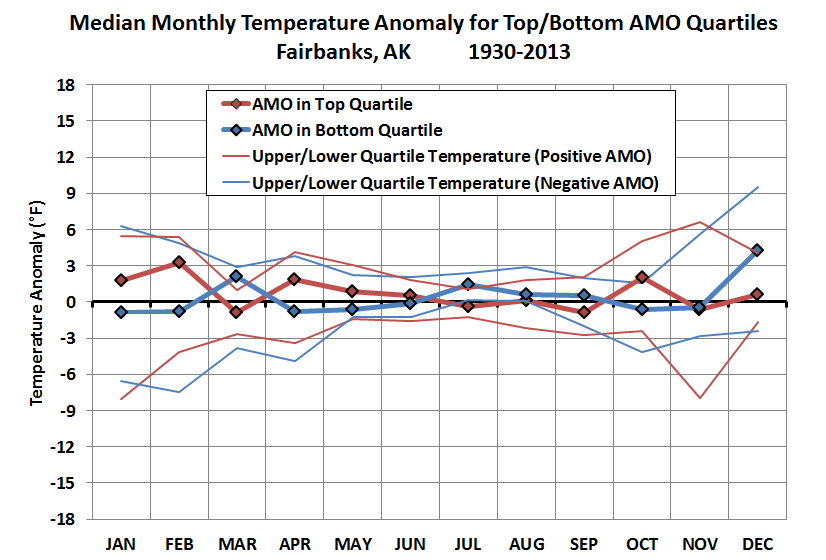 The charts below show similar behavior on a daily timescale for the negative AMO phase in summer, especially in July, and there are a few other interesting but less statistically significant features.  Note that the AMO phase is currently positive, having entered a long-term positive phase in 1995. 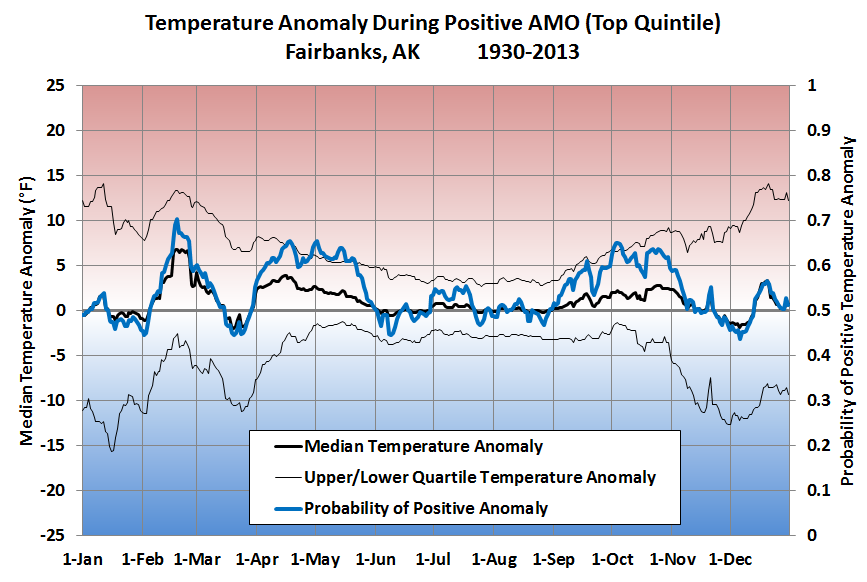 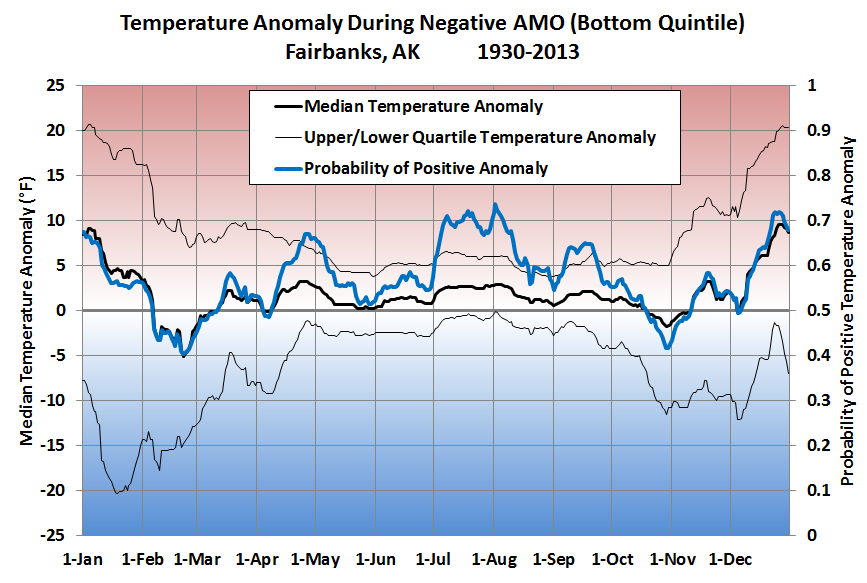