The Yukon Quest sled dog race kicked off this morning in Whitehorse with temperatures close to -30 °F at the start and with colder temperatures awaiting the mushers down the trail in the first couple of days.  The race is notorious for cold, wind, and other difficulties, so this is no surprise, but it's interesting to look at how temperatures have varied in the past several years.

The charts below show the range of temperatures observed at four locations along the trail during the period each year that the Yukon Quest was running, based on the start date and the winner's ending date, since 2001.  The range of conditions is very large, of course, and even within one race period (10-12 days) it's typical for temperatures to vary by 50-60 °F.  Temperatures above freezing are quite frequently observed during the race in the southern Yukon Territory (e.g. Carmacks), but -40° or colder is not unusual at the interior locations (Eagle, Dawson). 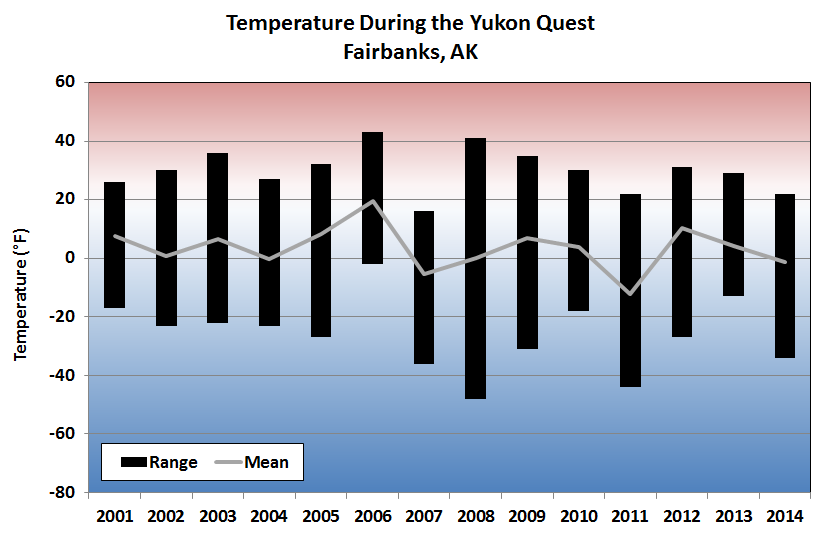 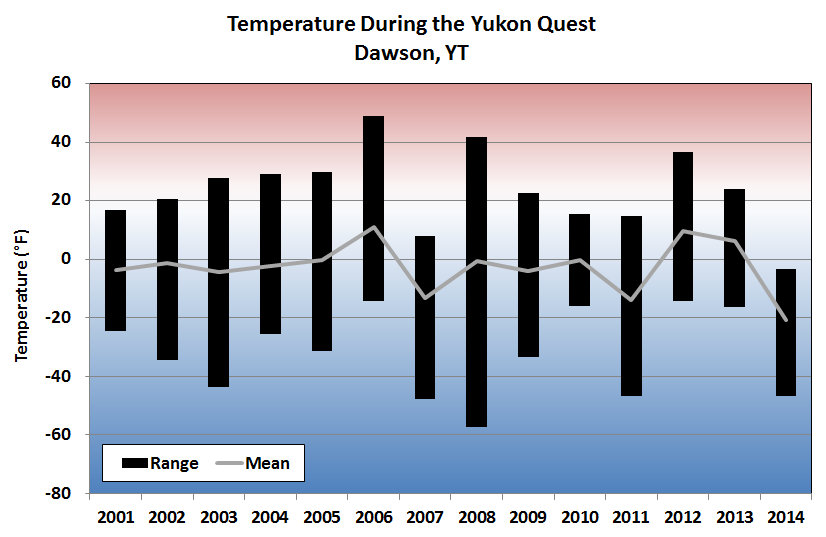 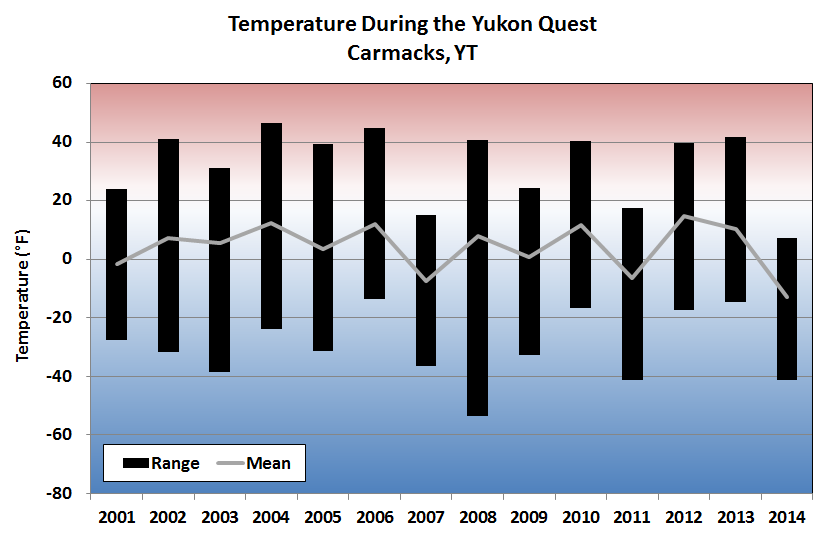 Based on this limited sample over 14 years, Dawson is by some margin the coldest of the 4 locations in terms of mean temperature; but even this is only slightly below zero F, which is (I'm told) a rather pleasant temperature for running dogs.  The data show that truly extreme cold is actually not the typical condition - and thus there's no basis for a claim like that of Wikipedia, that "temperatures commonly drop as low as -60 °F").  A cold race, yes - but not absurdly so.