I've spent some time recently working with the NCEP/NCAR reanalysis data to assess patterns of upper-level temperature and pressure extremes over the Northern Hemisphere, and the changing distribution of these extremes over time.  I won't dive into the details of this investigation now, but I did want to put up one figure that I thought was interesting - see below. 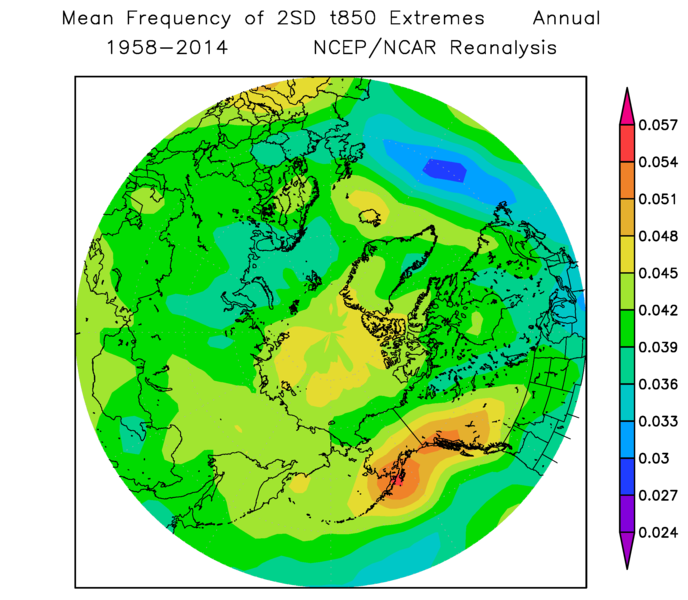 The map shows the long-term average of the frequency of +/- 2 standard deviation anomalies in the daily mean 850mb temperature.  The anomalies are calculated with respect to a baseline climatology that includes a long-term trend, so that patterns of extremes do not simply reflect overall warming.

The interesting result is that southern Alaska, western Canada, and the northern Gulf of Alaska see the highest frequency of 2 SD extremes of anywhere in the northern extratropics.  If the distribution of daily anomalies were perfectly Gaussian, then the frequency would be 0.0455, so the 850mb climate over southern Alaska has more frequent extreme temperature events than would be expected.  Most of the northern extratropics have slightly less frequent extremes than expected.

Looking at the distribution by season, it is mainly the winter and spring that contribute to the excess of extremes in the Gulf of Alaska.  The map below shows the mean frequency for December through February. 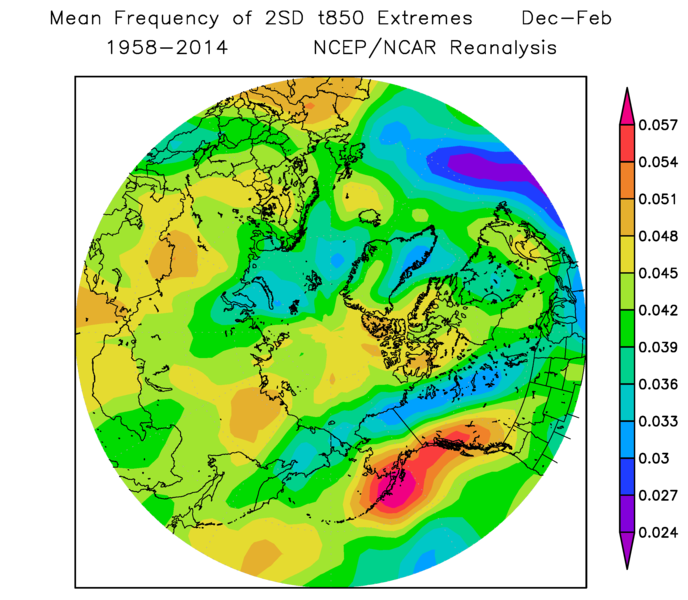 In contrast to the peak frequency near Kodiak Island, the lowest annual frequency of 2 SD extremes is over the North Atlantic, and the two distributions can be compared as follows:


The chart below shows how the frequencies in three categories have changed over time near the peak in the Gulf of Alaska.  Relatively high frequencies - higher than expected based on a Gaussian distribution - were observed prior to the PDO shift in 1976, but the frequency of extremes has been generally lower since then. 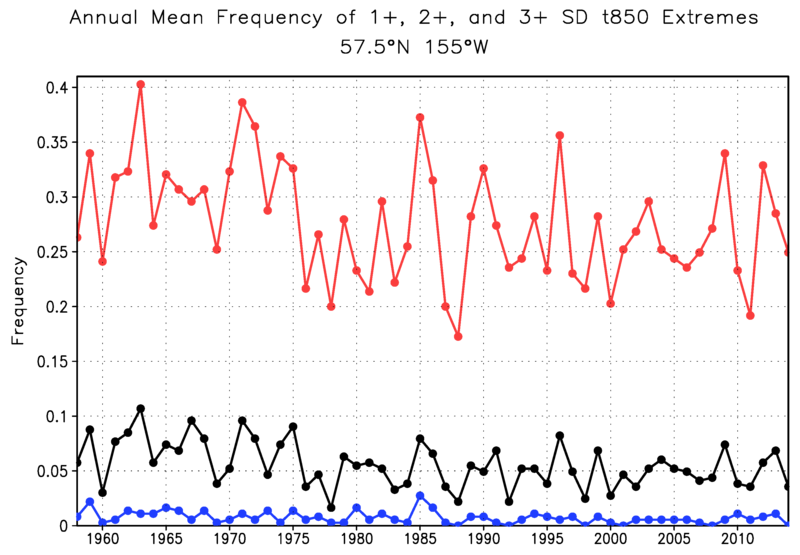 Posted by Richard James at 6:23 AM