The persistence of abnormal warmth in Alaska in the past few months has been nothing short of amazing.  A strongly positive PDO phase and strong (though now decaying) El Niño conditions have maintained a remarkably steady circulation pattern over the northeastern Pacific sector, leading to a seemingly never-ending flow of warm air into Alaska.  The maps below show the remarkable month-to-month similarity of the 500mb height anomalies so far this year: 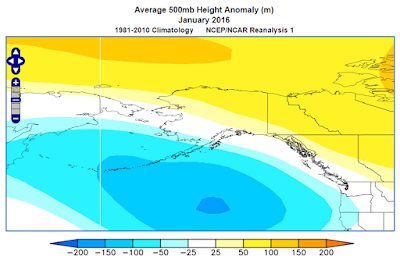 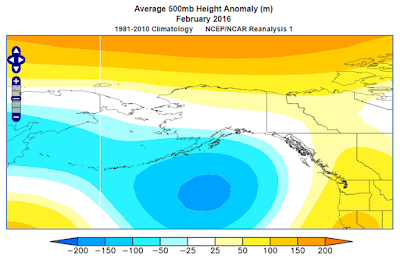 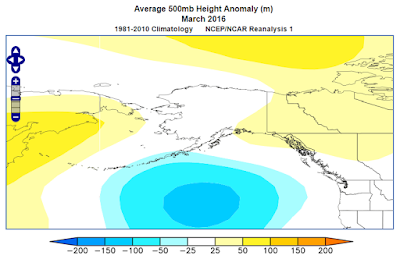 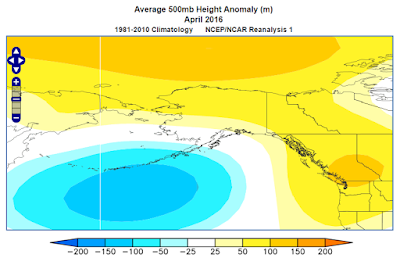 In Fairbanks the daily mean temperature has been above normal every day since March 20, which makes 47 days in a row including today; this is the most on record for the time of year. (There have been a couple of times when above-normal conditions persisted longer in early winter.)  For the year to date, the temperature has been above normal 115 out of 126 days, which is also the most on record for this period of the year, by some margin (see chart below).  However, the year is not yet running as the warmest on record; 1981 was warmer through this date, owing to some incredible warmth in mid-winter. 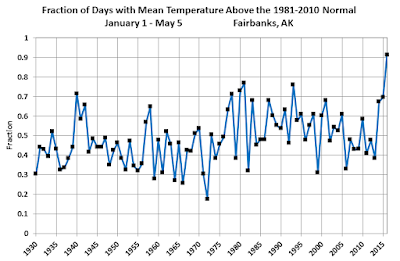 Incidentally, notice in the chart above that most years within the 1981-2010 "normal" period had more than half of days above normal; the average is actually 54%.  This is because the distribution of daily temperatures is negatively skewed at this time of year; large cold anomalies are more common than warm anomalies of the same magnitude, and more than half of all days are warmer than the mean temperature.

The chart below tells the tale for Fairbanks temperatures since November and needs no comment.  I was beginning to think Fairbanks might not even see a freeze in May this year, which would have been unprecedented; but this morning's low temperature was 31°F at the airport. 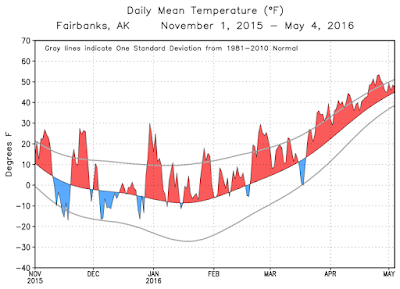