Seasonably cold weather has returned at last over interior Alaska, with Fairbanks seeing generally sub-zero temperatures in the past week and a chilly high temperature so far today of only -19°F.  The cooperative observer at Chicken reported temperatures below -40° the past three nights.

The map below shows a satellite-derived estimate of temperatures at 4am this morning over the southeastern interior, extending from Fairbanks-land (near the top left) to the Canadian border and western Yukon Territory on the right.  The cold conditions of the upper Tanana River valley and the steep valleys of the Fortymile Country and western Yukon are clearly evident, with estimated temperatures around -35°F to -45°F.  Ground truth observations provide confirmation: -38°F in Northway this morning, and below -40° in Dawson, but barely below 0°F in Eagle with a breeze blowing. 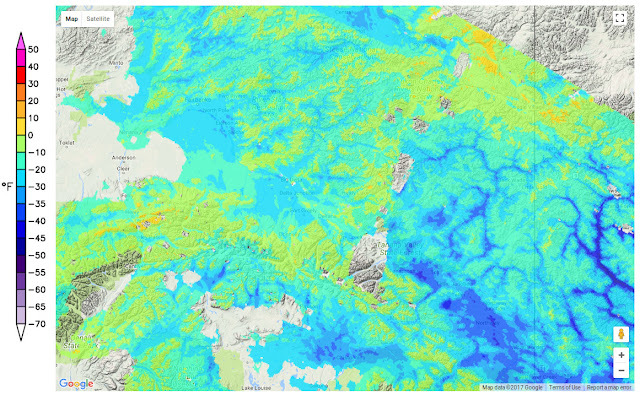 In recent months I've been working on a project to decode all of the wintertime historical land surface temperature data for Alaska from the MODIS instruments on the Aqua and Terra polar-orbiting satellites.  The map above is derived from the realtime MODIS feed, but the entire archive is available from NASA (back to 2000 for Terra and 2002 for Aqua).  The full archive is of course a lot of data and takes a long time for my little computer to decode, so I'm only about half way through; but the preliminary results are already quite interesting.

As an example of the kind of analysis that is possible with the data archive, the maps below show the number of days with estimated surface temperatures of -50°F or lower for several winters (November through March).  The numbers are conservative estimates, because I've used only "high quality" pixels and there may well have been times when ice fog, cloud cover, or other problems prevented good estimates; but the temperatures are unlikely to be too low and so the counts of days are probably not too high.

Click the images to enlarge.  The Old Crow Flats of northern Yukon stand out as remarkably and consistently cold.  The results also support Rick's opinion that there are places upriver from Umiat that are quite a bit colder than that notoriously cold place. 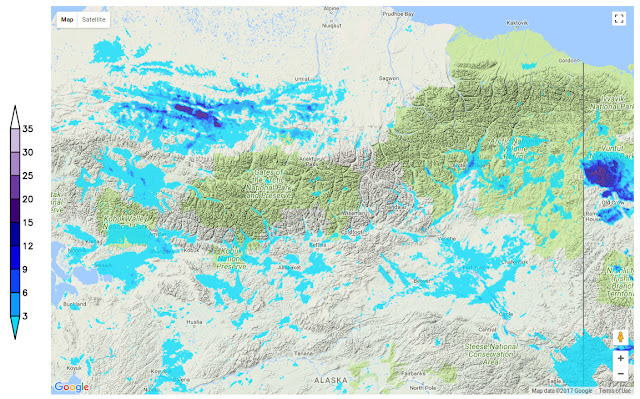 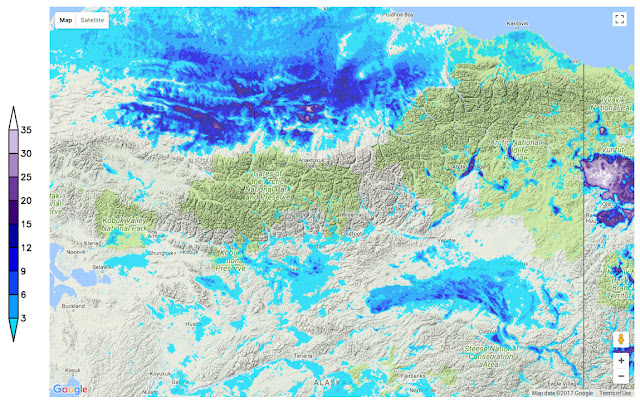 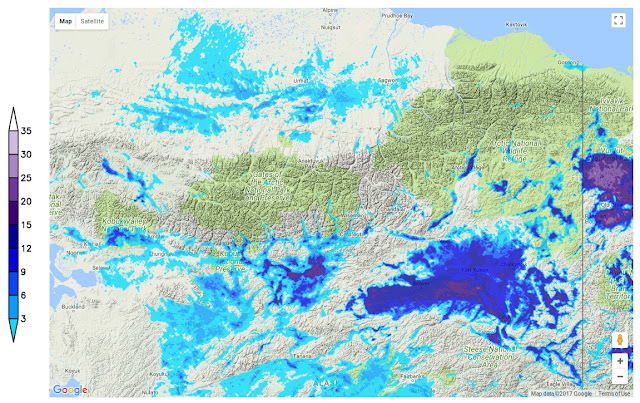 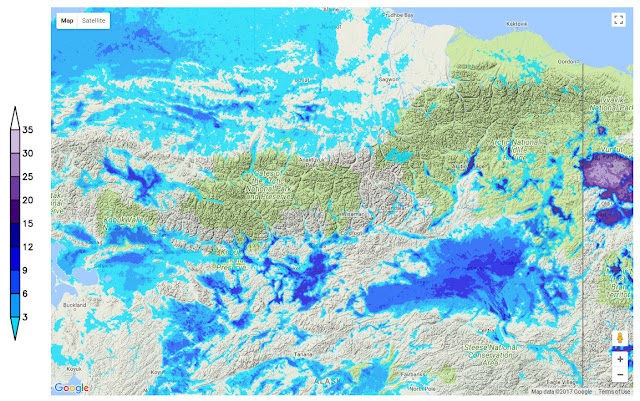 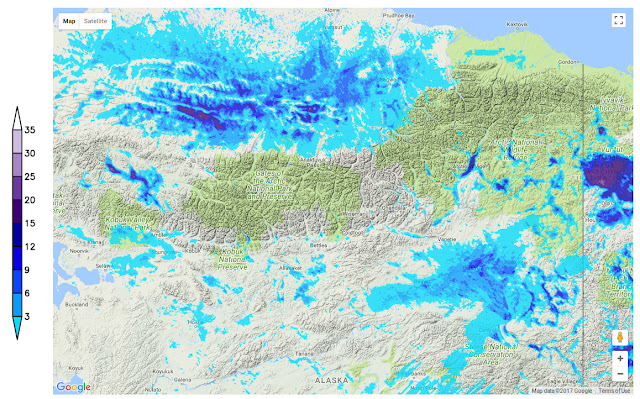