At the beginning of last month we noted the remarkable absence of early-winter sea ice in the Bering and Chukchi Seas, and in view of December's warmth it will surprise no one to learn that ice formation has continued to lag far behind normal for the time of year.  In the satellite era (1978-present), the Chukchi Sea ice extent has never before failed to reached 100% by the end of the year, but this year about 5% of the area remained open (less than 15% ice coverage) on December 31, according to NSIDC's regional sea ice index.  The ice extent finally exceeded 99% yesterday.

Here's a plot of the December average ice extent in the Chukchi and Bering Seas.  For the Chukchi, December 2007 ice extent (occurring in the wake of the then-record September melt-out) was nearly as low for the month as a whole, but the Bering Sea has seen nothing like recent conditions in the satellite era. 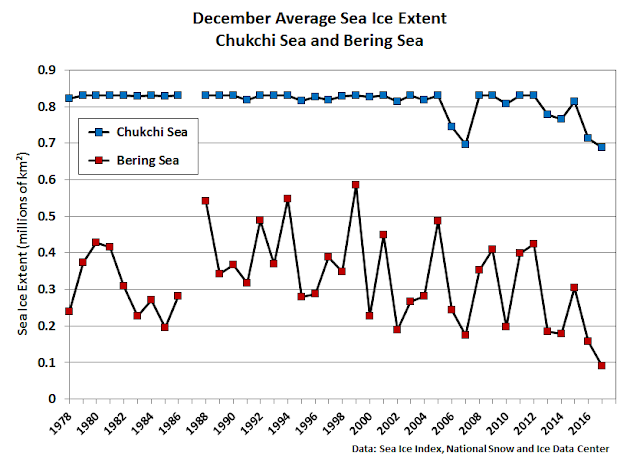 The warm ocean surface and slow ice growth to the west of Alaska was closely related to the exceptional warmth that prevailed throughout western and northern Alaska, as well as more widely across the Arctic, in December.  The map below shows an estimate of December's mean temperature anomaly from the CFS reanalysis. 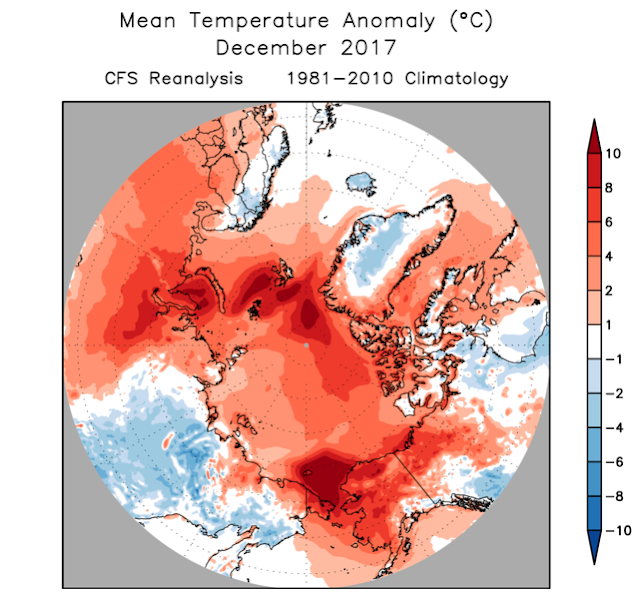 The +6-8°C temperature anomaly estimated by the model for the Y-K delta region is supported by observations from Bethel, where the month was over 14°F warmer than normal.  The season-to-date accumulation of freezing thermal units (freezing degree days) is easily the lowest on record in Bethel, and consequently river ice conditions are very poor for the time of year across the region. 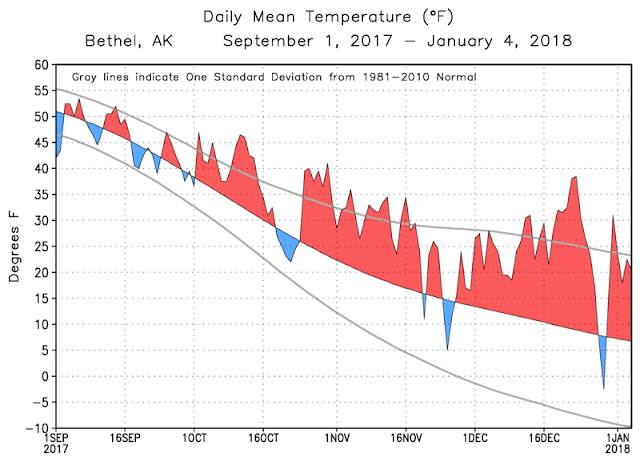