The coldest conditions of the winter so far have developed in western and northern Alaska over the past few days, and today there is quite an extensive area across the northwest with temperatures in the -30s and below.  So far it's a fairly run-of-the-mill cold snap for this time of year - after all the normal seasonal cycle of temperatures reached its low point just a few days ago in the interior - but it's very cold nonetheless.

Here are the lowest temperatures that I've seen so far:

This morning's FAA webcam photo from Huslia shows the calm and clear conditions that we expect at these temperatures. 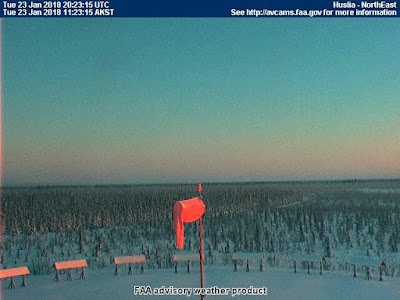 Looking back at the winter thus far, there were 3 earlier spells when the temperature dropped below -40° somewhere in Alaska, but up until now the coldest conditions have been restricted mainly to the southeast interior.  The chart below shows the daily minimum temperature in Alaska since October 1, and the red markers denote days when the minimum occurred (or was tied) at the settlement of Chicken.  On another 8 days the minimum was nearby on the Fortymile River, and other southeastern sites show up for a number of other days - so from early November through mid-January the daily statewide minimum was nearly always in the southeast interior.  In the current cold spell, however, clouds have blanketed most of the eastern part of the state, keeping temperatures higher (including in Fairbanks). 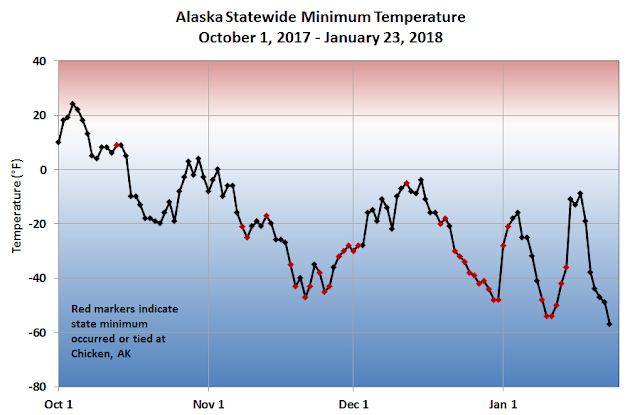 The maps below show this morning's 500mb and surface analyses, courtesy of Environment Canada.  Note the strong cold low aloft with a strong contrast between dry northerly flow (thus clear and cold) to the west and moist southerly flow (thus cloudy and milder) to the east. 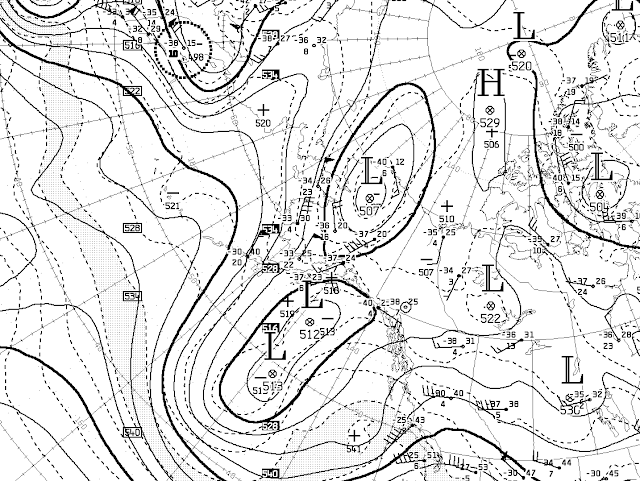 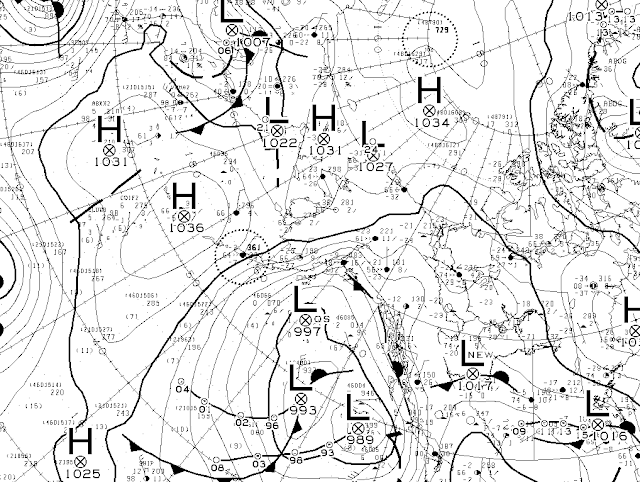