Northern and interior Alaska has seen some very chilly weather for the time of year in the past few days, as a strong upper-level trough and an unseasonably cold air mass plunged south out of the Arctic at the beginning of the week.  Despite the fact that the summer solstice is now less than 10 days away, and daylight is continuous, sub-freezing temperatures have occurred in many of the usual cold spots in the interior.

In the Fairbanks area, three consecutive days have seen temperatures falling into the 30s, with upper 20s at the colder spots like North Pole and the Goldstream valley.  The Smith Lake site on UAF's North Campus recorded 26°F yesterday morning; but the chart below (note the Celsius scale) shows that only a few days since late May have NOT dipped below freezing at this spot - even when daily high temperatures were well into the 70s.

The airport has seen 37°F, 36°F, and 37°F in the early mornings of the past three days, which is a remarkably cold series of daily minimum temperatures for this time of year.  In fact, this is the closest to the solstice that Fairbanks has ever observed 3 straight days with low temperatures of 37°F or lower at the official climate site (1930-present).

It's also interesting to note that with a high temperature of only 53°F, Monday's daily mean temperature was a mere 45°F.  It's been almost 70 years (1949) since Fairbanks saw such a chilly day this late in June (or in July).

The mid-level atmospheric pattern that created the midsummer chill is evident in the sequence of maps below.  The charts show the 500mb analysis at 24-hour intervals from 4am on Saturday through 4am today, and for ease of reference the red dot shows Fairbanks' location.  Notice the very tight pressure gradient and associated strong northerly flow that rushed down from the high Arctic into Alaska at the beginning of the week - this was a remarkable cold blast for the time of year. 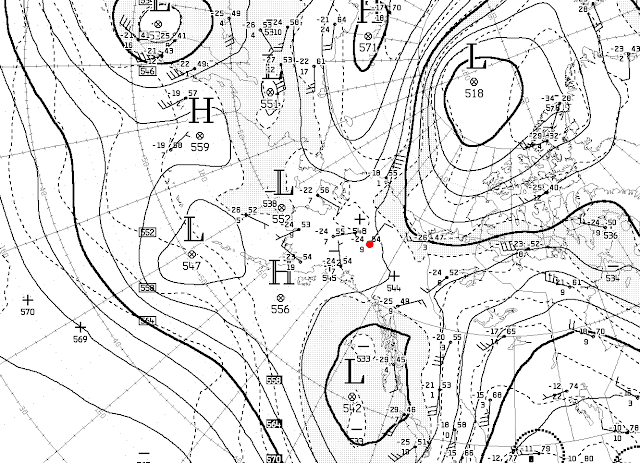 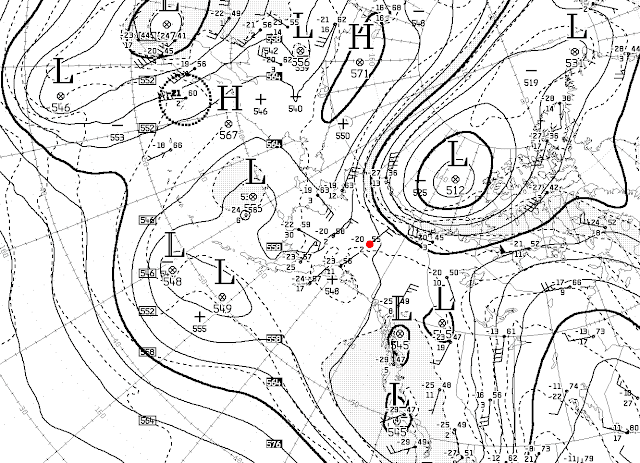 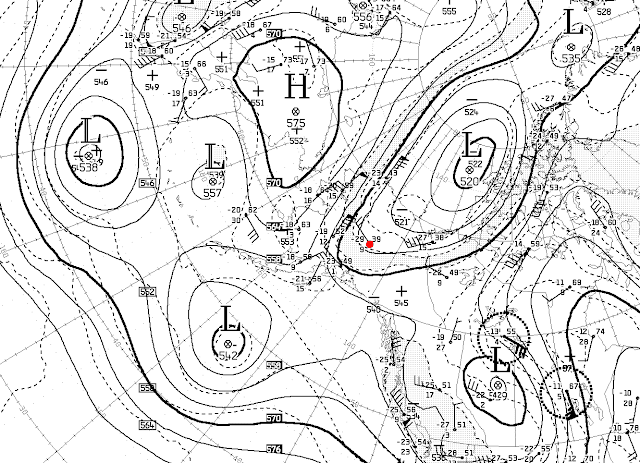 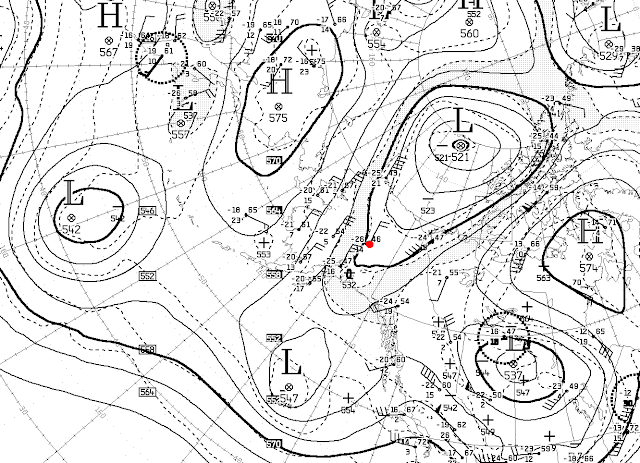 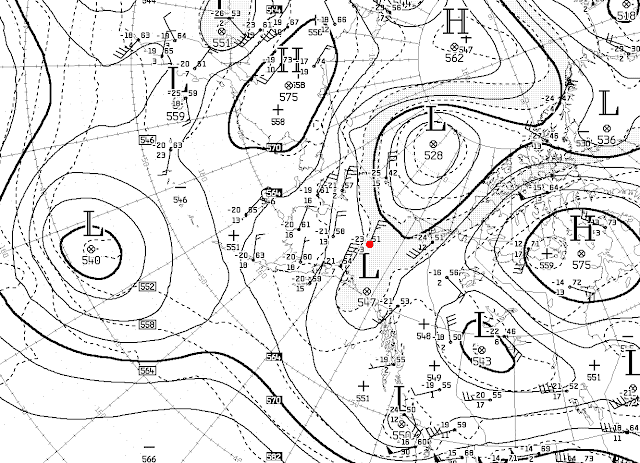 Finally, here's a nice view from Monday of the fresh snow that fell at Toolik Lake (2400' elevation) on the north side of the Brooks Range.  The lake is still mostly frozen despite the fact that the air temperature reached 60°F earlier this month. 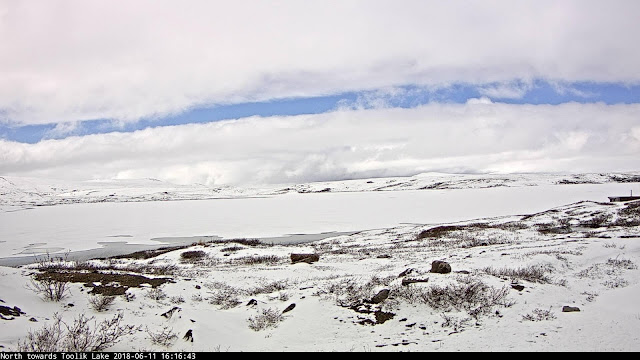