Earlier this week a strong storm moved through the northern Bering Sea and the Bering Strait, bringing strong winds to western Alaska and breaking up sea ice that was already weakened from unseasonably warm weather in the past few weeks.  According to NSIDC analysis, Bering Sea ice extent peaked at 567,000 km2 just a few days after my last update and has dropped by one-third in the 18 days since.  Here's a comparison of ice maps from the peak (Jan 26th) and today. 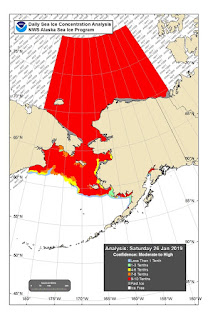 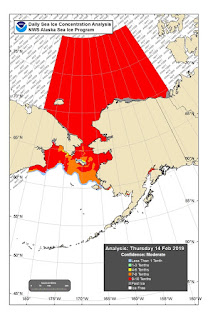 The most recent storm seemed like a strong one, with sustained wind speeds of over 50mph on St. Lawrence Island; and the balloon sounding from Nome on Tuesday morning reported a wind speed of 49mph at ground level.  However, the minimum central pressure of the storm was only about 980mb when it reached Alaska, which isn't particularly low by Bering Sea standards. 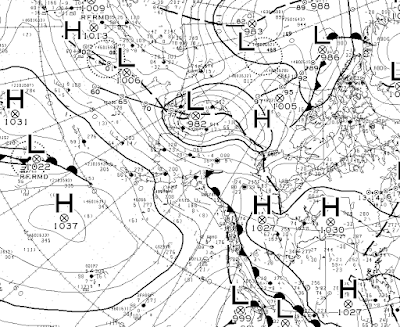 The chart below shows the typical monthly extremes in MSLP for a latitude/longitude box centered on the west coast of Alaska (depicted on the map underneath).  The months of October through February all typically bring at least one storm with minimum MSLP of 975mb or lower somewhere in this region; so the latest instance was a fairly run-of-the-mill storm.  What is not normal, however, is the lack of sea ice; only last year had significantly less ice on this date in the modern satellite record (but mid-February 1985 had about the same amount). 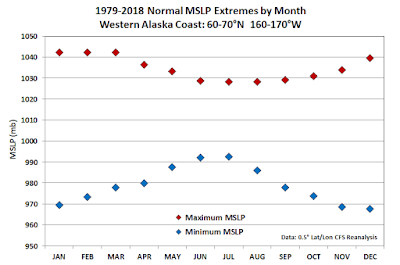 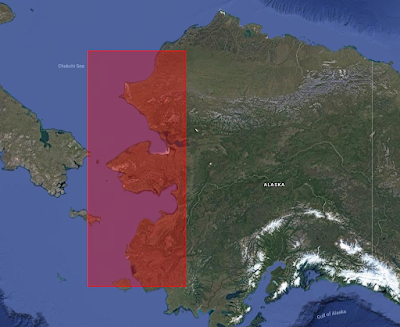