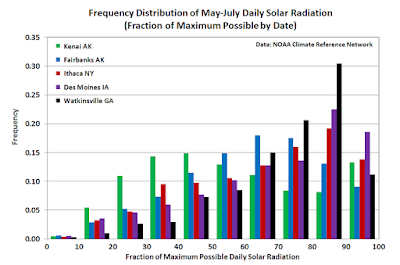 So while solar power does have fairly good seasonal potential in Alaska, even the long daylight hours of summer are not enough to make it fully competitive with the rest of the U.S.
Posted by Richard James at 6:38 PM