Last week I mentioned the beginning of thunderstorm season for interior Alaska, and I noted the unusual concentration of lightning activity over southwestern areas in the first few days of widespread activity.  Rick Thoman put out the following comment today on Twitter:


More on Southwest Alaska #wildfires from the mapping services at the AICC. Current large fires are closer to the Bering Sea coast than any comparable fires in the past 70 years. Elders have said the tundra is drying out. #akwx @Climatologist49 @MarkSpringer @klshall @KYUKNews pic.twitter.com/0vC7tcm2Ul
— Rick Thoman (@AlaskaWx) June 11, 2020


Lightning data confirms that the situation is very unusual; through yesterday, the Alaska Lightning Detection Network recorded 6942 lightning strikes to the west of 160°W, which is about the longitude of the Yukon River near Grayling and Anvik.  For this area, this is twice as much lightning as in any other year through the same date (with comparable data back to 2012), and only 2014 had more lightning west of 160°W in the entire season.

The maps below compare this year's lightning distribution with that of 2012-2018.  Click to enlarge.  There has been relatively little lightning to the east of Fairbanks so far in 2020: only 4357 strikes to the east of 148°W, which is much below normal. 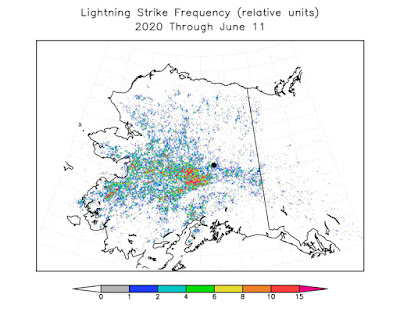 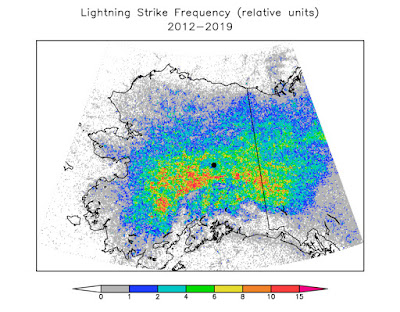 What's the explanation?  Nearly all of the lightning in the far west occurred on three days: May 31, and June 2-3.  This was related to a very unusual episode of easterly flow that transported warm and unstable air to the west coast, allowing the far west to get a taste of typical interior summer weather.

Here's a sequence of 500mb maps that shows the prolonged easterly flow that developed between low pressure to the south and a strong ridge to the north.  Bethel reached 76°F on May 30, tying the record high for the date. 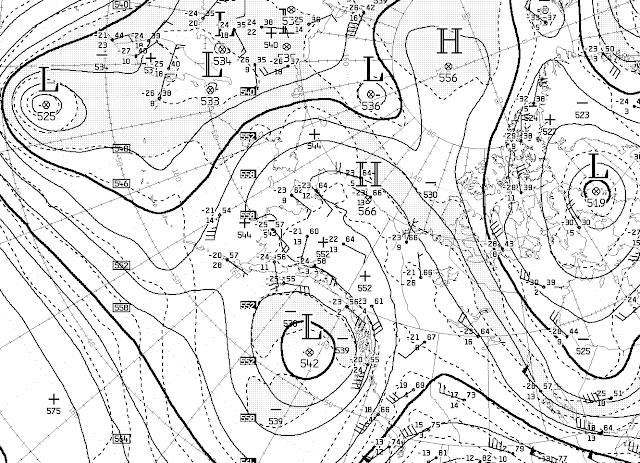 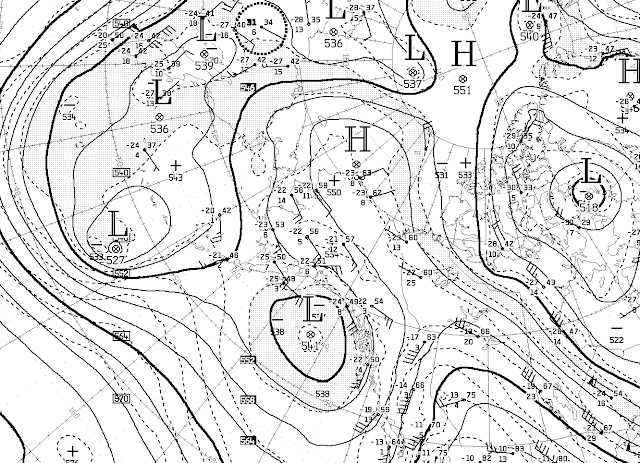 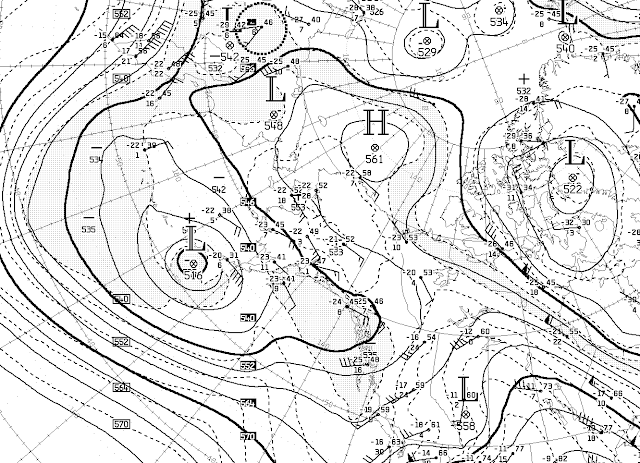 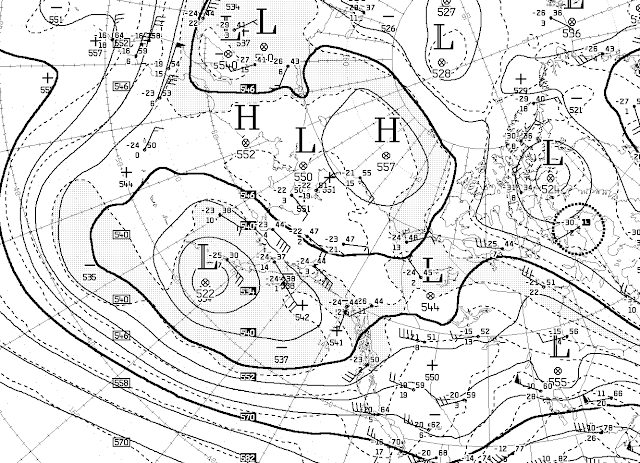 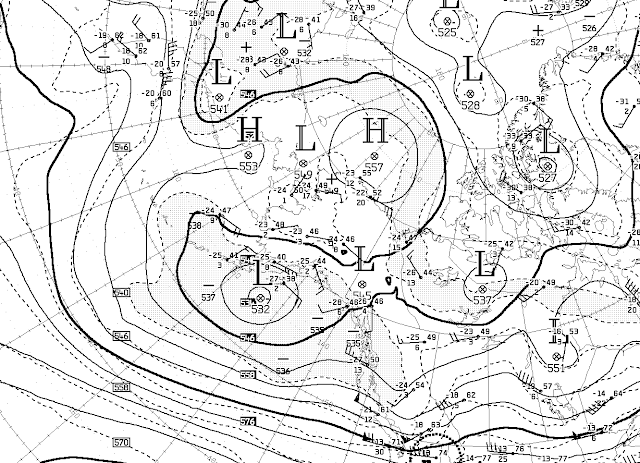