This is the time of year for very large temperature swings between day and night across interior Alaska.  Skies are often clear and the air tends to be very dry, allowing for rapid cooling at night but strong solar insolation during the day.  Deep snow pack of course facilitates overnight cooling, with very little of the daytime solar input being stored at the ground surface. 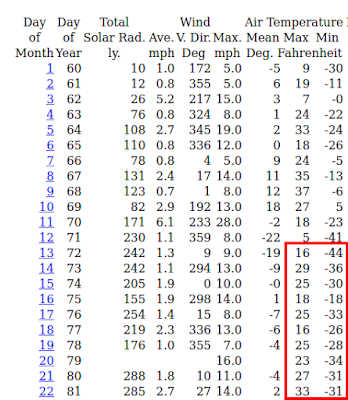 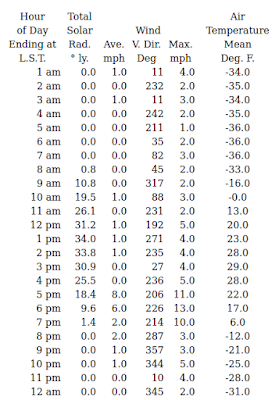 The largest diurnal range ever measured by the Salcha RAWS was 69°F, on both March 30, 2006, and March 16, 2002.  The site averages close to a 40°F diurnal range in mid-March.  For comparison, the normal range at Fairbanks airport is not quite 30°F in mid-March, although Fairbanks had a day-night swing of 48°F just yesterday.

Out of curiosity I looked at long-term normals from global gridded temperature data (derived from actual station observations), and according to this data the largest "normal" diurnal range found anywhere in the world is in central Oregon in late August: with an average low of 35°F and an average high of 79°F, the normal daily range is 44°F.  I wouldn't be surprised if this is exceeded in some desert areas with sparse observing networks, but nevertheless it shows that Salcha's typical ~40°F range is near the upper end of what's observed anywhere on the globe.