The last couple of days have seen some remarkable thunderstorm activity in western and far northern Alaska.  Here are maps of lightning strikes from Monday and Tuesday, courtesy of the AICC: 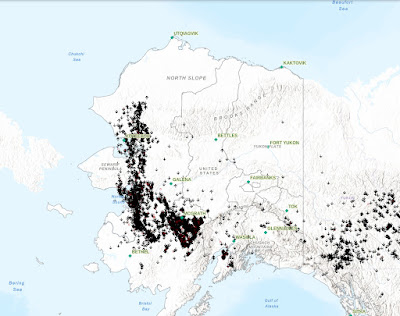 On Monday, the 1500 lightning strikes west of 160°W (the longitude of Selawik) was the 5th highest for a single day in the 2012-present history of the lightning network in its present form.

But yesterday's action was relatively much more impressive, with more than 850 strikes north of 70°N; this is the highest daily total north of 70°N in the Alaska sector, by a multiple of well over 3.  The previous record was only 240 strikes, on June 20, 2013.  However, it's worth noting that the same day - and the next - in 2013 saw much more lightning farther inland on the North Slope.

A nice view of an approaching thunderstorm and its dramatic passage yesterday was provided by the FAA weather cameras at Atqasuk, just 60 miles inland from Utqiaġvik.  Some of the scenes looked like something from the U.S. midwestern states - for example check out this shelf cloud: 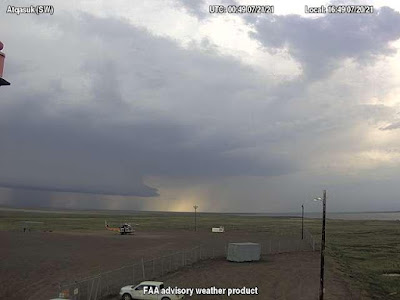 A very interesting roll cloud developed along the edge of the cold outflow as the storm moved over: 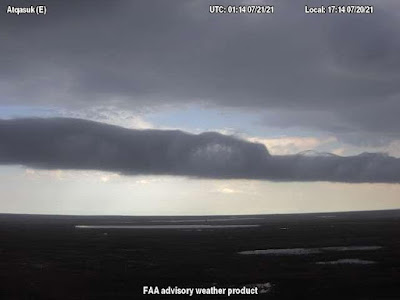 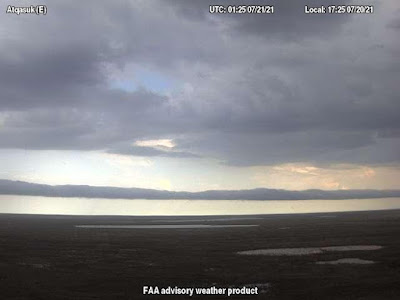 Here are some simple animations from 3 different angles: