My co-author and climate detective extraordinaire, Brian, sent me a couple of scanned images yesterday from the Fairbanks News-Miner of January 21, 1937.  This was the day after 0.99 inches of rain had fallen on top of 26 inches of new snow; over 50 inches of snow had fallen in the previous 14 days.  Not surprisingly, the newspaper article describes snow loads as reaching critical levels for buildings in the city.  Fortunately, there were only light snowfalls for the rest of the winter.

The chart below shows the daily temperatures, accumulated snowfall amounts, and snow depth for the winter of 1936-37; the snow depth reached the all-time record of 57" on February 11.   January was by far the wettest winter month on record, also the snowiest, and was the second warmest January (1930-present), with the temperature rising above freezing on 9 days.  (While remarkable, this is nowhere near as warm as January 1981, with 15 days above freezing.) 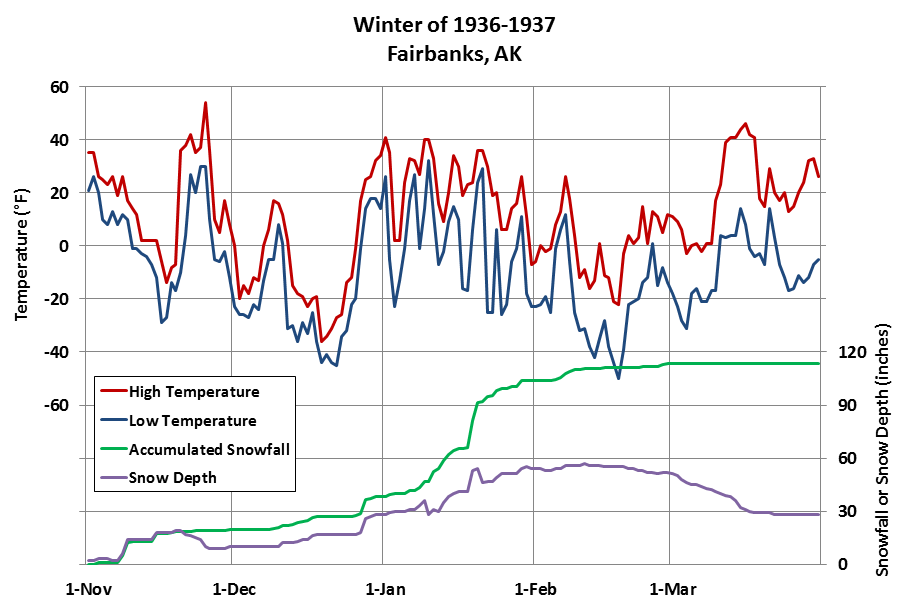 Posted by Richard James at 1:29 PM