The unusual and persistent warmth in Fairbanks grinds on, with temperatures rising above freezing this early morning at Fairbanks airport.  Some very light freezing rain has also been reported.  Climatologically speaking, above-freezing conditions occur at Fairbanks in December about once every other year.

It's interesting to compare the winter-to-date mean temperatures this year with those in 2002, which saw by far the warmest early winter on record.  The two charts below show the comparison; 2002 was considerably warmer even than this year, with many days seeing temperatures more than 1 standard deviation above normal.  The common factor between the two years?  An extremely positive phase of the PDO. 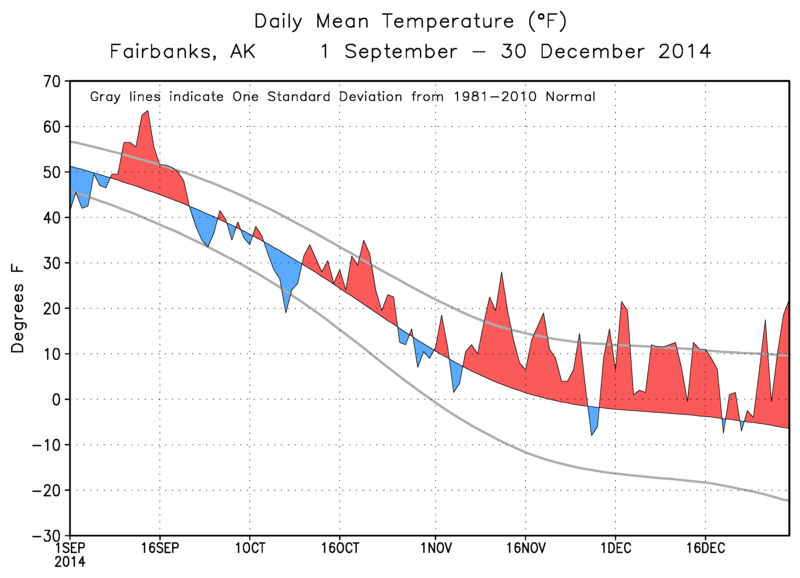 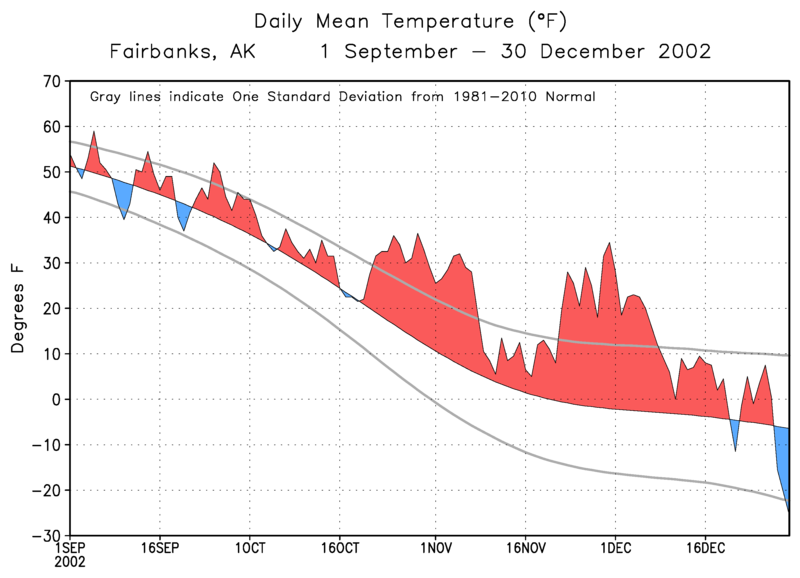 How did the rest of the winter turn out in 2002-2003?  Except for some brief cold weather around the turn of the year, it continued warmer than normal for most of January and February; early February was particularly warm. 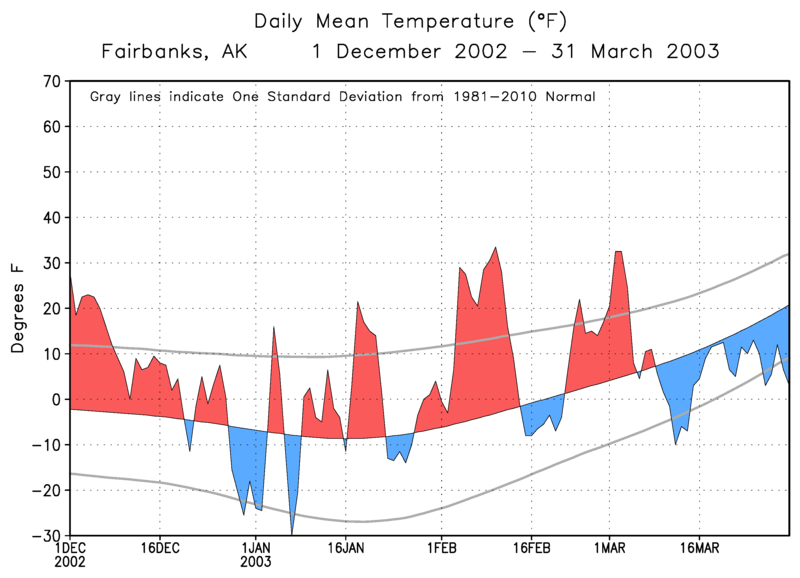 Regular readers should note that I'm on the road and posts will be brief and limited until next week.

Posted by Richard James at 5:22 AM