Tuesday's post on the persistent warmth aloft above Fairbanks (despite recent chill at the surface) sparked the question of how the PDO affects temperatures at different elevations.  This is a question that deserves more detailed investigation that I can give it now, but a simple chart tells the tale for early winter: see below.  The colored lines on the chart show the mean temperature for the November-December period at 500, 700, and 850 mb, for each year since 1948, and the black columns show the November-December mean PDO index. 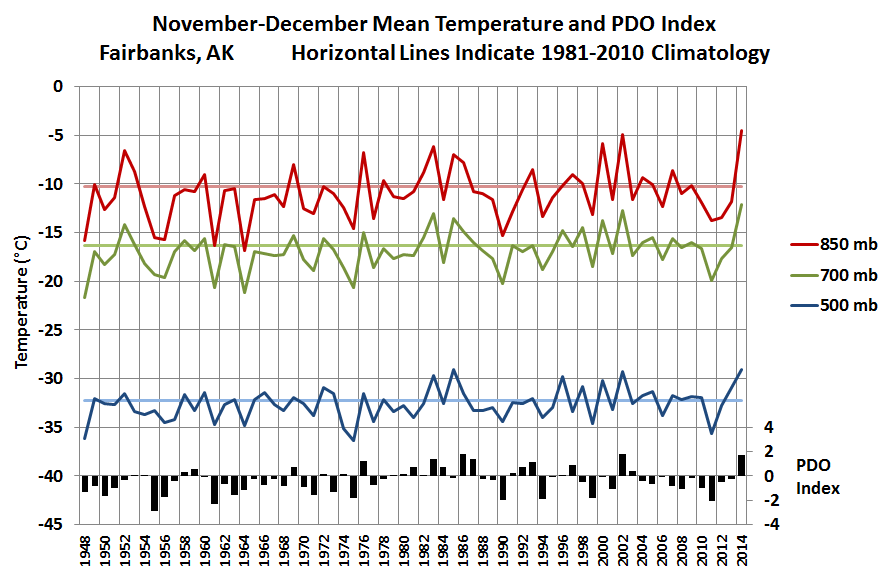 The high correlation between temperatures at various levels in the lower half of the atmosphere is clearly evident, and it's also plain that the PDO has a strong connection to temperatures even up at 500 mb (~18000 feet).  Here are the Pearson correlation coefficients between the November-December PDO index and temperature:

Interestingly the correlations are slightly higher at 850 and 700 mb than at the surface, and the correlation remains a fairly robust +0.50 at 500 mb.

The deep and coherent nature of the warm air over Fairbanks since the start of winter is illustrated by a time-height cross-section of temperature anomalies for the lowest 3000 m (see below).  It's clear that the recent cold spell at the surface was a very shallow phenomenon; warmth continues unabated aloft.  In fact, temperatures have warmed dramatically again in the past 24 hours, and this afternoon's balloon sounding reported a temperature of +7.6 °C at 850 mb, which is 19.2 °C above normal.  This is just about the greatest warm anomaly seen so far this winter at 850 mb (+19.8 °C was seen in November). 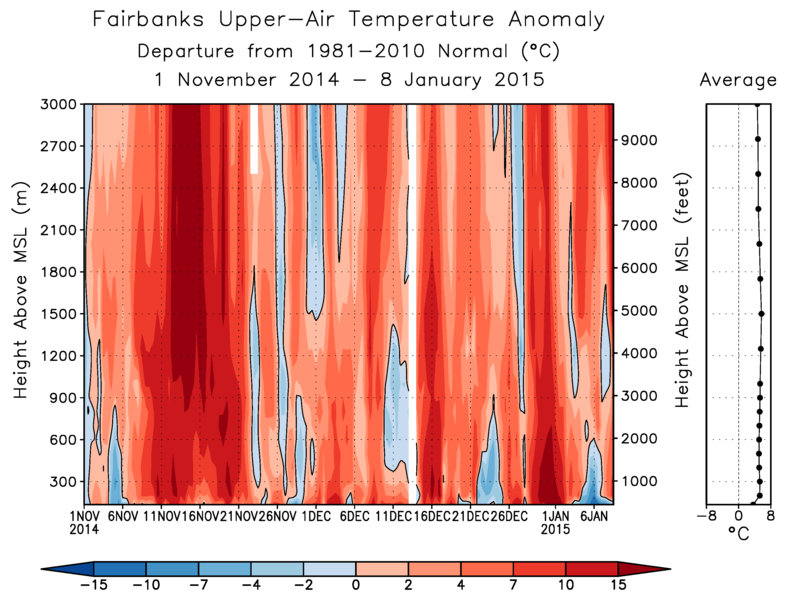