Spring has suffered a setback in the past few days across interior Alaska, with snow falling in the hills.  Light mixed rain and snow was reported at Fairbanks airport yesterday morning, but in the nearby hills the scene was distinctly white.  Here are some webcam photos from Cleary Summit (2233') on the Steese Highway at about 5am Friday morning. 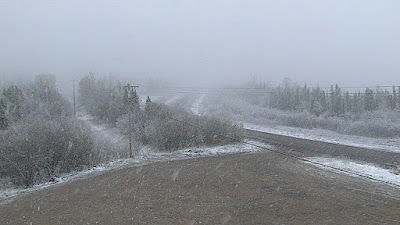 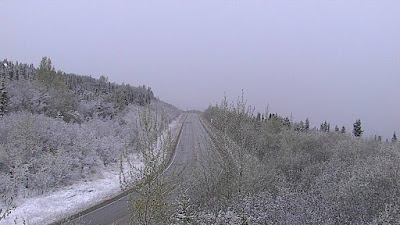 The photos below were taken a few hours earlier, at approximately solar midnight.  It's an odd combination: 24-hour daylight with snow on the ground. 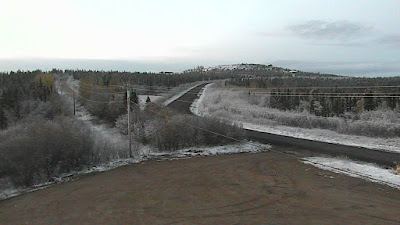 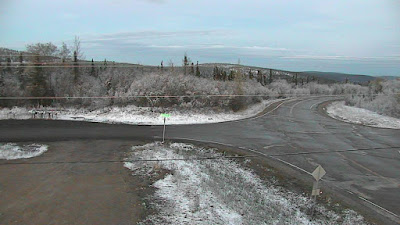 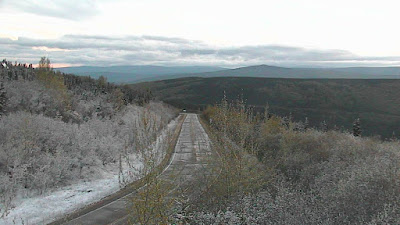 The graphic below shows the vertical profile of temperature (red line) above the airport at 4am yesterday morning; the freezing level is right at 925mb or 2450' elevation.

The history of observations from Fairbanks only includes 925mb data back to 1992, but in those years there has only been one other occasion when the 925mb temperature was so cold this late in the spring: the early June cold snap of 2006.  Back then the surface temperature fell to 29°F at the airport on June 4, which was the coldest on record for so late in the spring (excluding pre-1930 data).

The most impressive late season wintry weather on record in Fairbanks was the record late snow of 1931, when 1.2 inches accumulated on June 2.  Nothing comparable has been observed in the years since; the latest significant valley-level snowfall of recent years was in mid-May of 1992.

Posted by Richard James at 6:50 AM