Yesterday was a very chilly day for the time of year across interior Alaska, with breezy below-freezing conditions all day in most areas north of the Tanana and lower Yukon rivers.  Temperatures struggled to reach 20°F in the Yukon Flats despite plenty of sunshine, and Fairbanks only made it to 31°F.

The last time the daily high temperature was below freezing this late in the season in Fairbanks was during the record cold April of 2013 - you can read all about that in the blog archives here (Rick Thoman was the author then).  Prior to that it had been more than 10 years since a sub-freezing day in late April (2002).

The winds did not go calm last night, but temperatures dropped off sharply nonetheless, and on the North Slope this morning's temperatures were, well, Arctic.  Umiat made it to an impressive -27°F with still a light breeze this morning.  This is cold even by Umiat standards; in the combined history of data from Umiat sites, only 4 years were this cold so late in the season (but 1984 takes the cake, with -43°F on April 23).

Here are 24-hour low temperatures as of 5pm AKDT today: 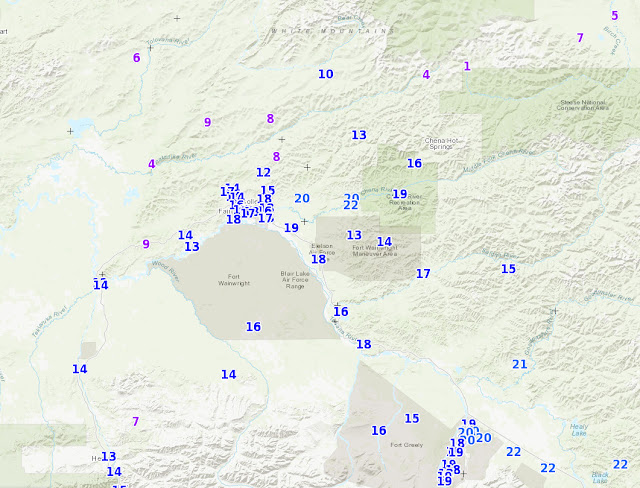 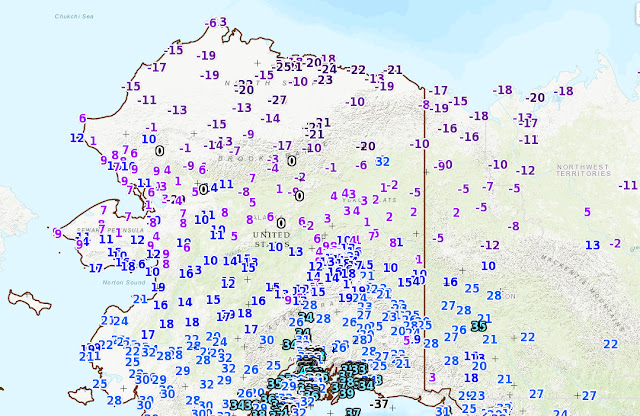 To add insult to injury yesterday, a couple of inches of snow fell in parts of Fairbanks in the evening.  The airport's total of 1.8" was the most to fall this late in the spring since - you guessed it - 2013.  A 5-year return period is very consistent with the long term history for this kind of event, although there have been occasions with 6" or more at this late date or even into May.

The scene down on the Tanana River at Nenana was not encouraging for those with money on a very early breakup, and this morning looked less than spring-like at UAF: 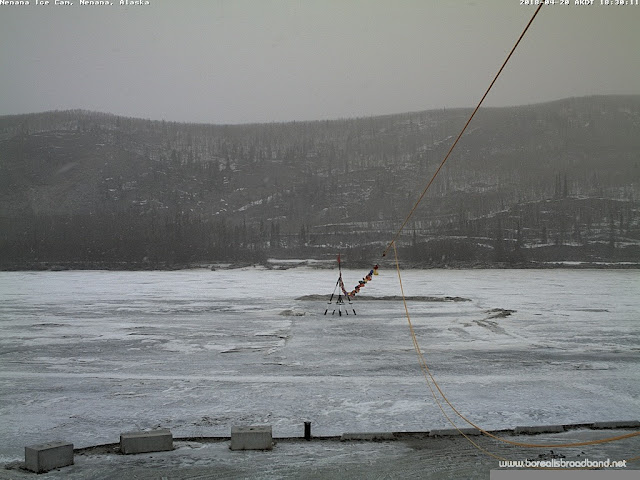 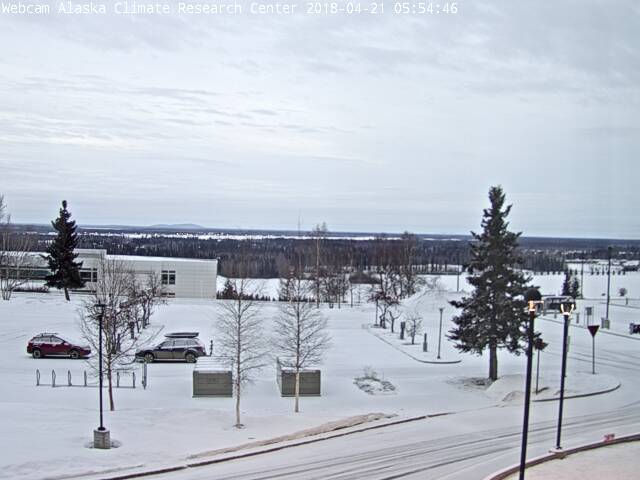 The culprit for the renewed bout of winter was a sharp upper-level trough extending southwest from a cold low that dropped south to near Canada's northwest coast a couple of days earlier. 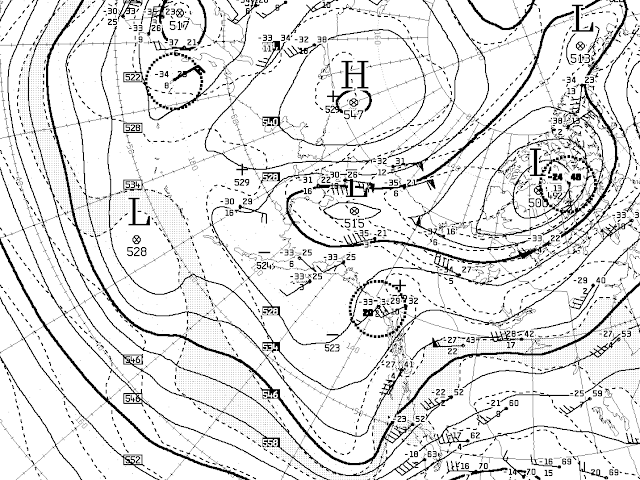