Spring suffered another setback in the interior today, as a round of steady precipitation brought the snow line down to valley-level in the Fairbanks area for a few hours.  Mixed rain and snow was reported from the airport during the morning hours and there was a brief threat of a fresh snow cover at UAF: 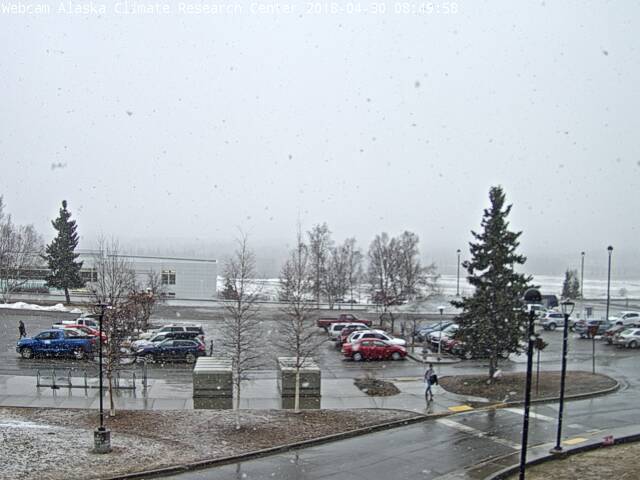 Snowfall of 2-4" was reported from the hills, according to the NWS, and temperatures have been below freezing all day above about 2000'.  The webcam views from Cleary Summit showed the Steese Highway becoming snow-covered between 5 and 6 am this morning: 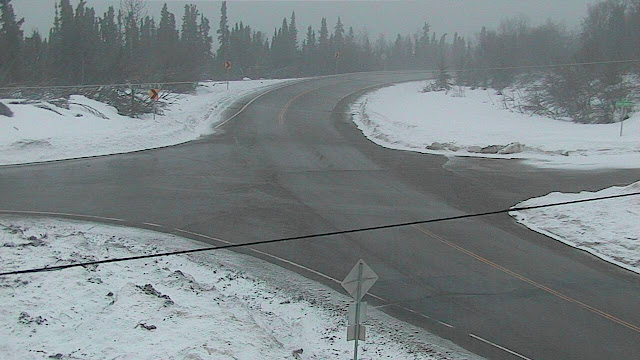 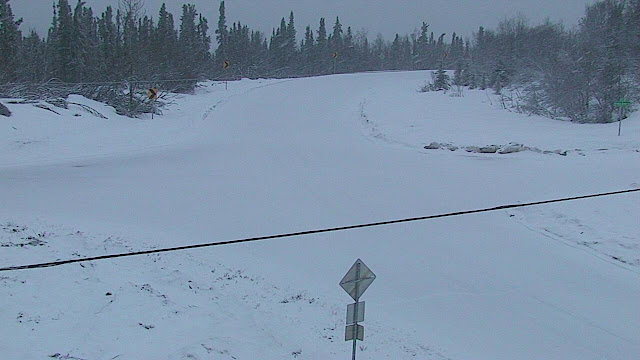 However, the road surface cleared off by mid-morning (10:30 in the image below) under the influence of solar heating despite thick cloud cover and ongoing snowfall. 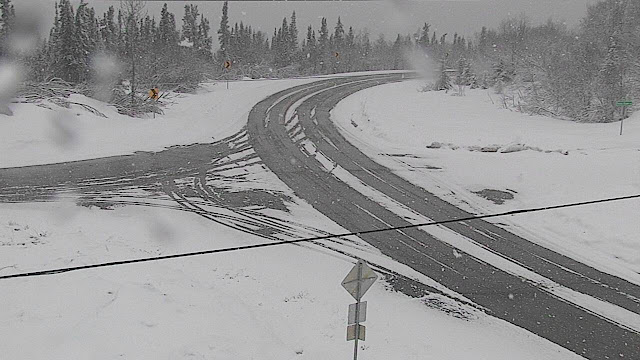 As Rick noted the other day, this spring is turning into something of a cool one relative to recent norms, although it's been more notable for the lack of warmth than the occurrence of unusual cold: there have been only 2 days above 50°F so far this year, compared to 12-22 such days by the end of April in the past 4 years.  This April's mean temperature has been below freezing in Fairbanks for the first time since the record cold April of 2013, but for most of the 20th century it was more common than not to have a sub-freezing monthly mean in April. 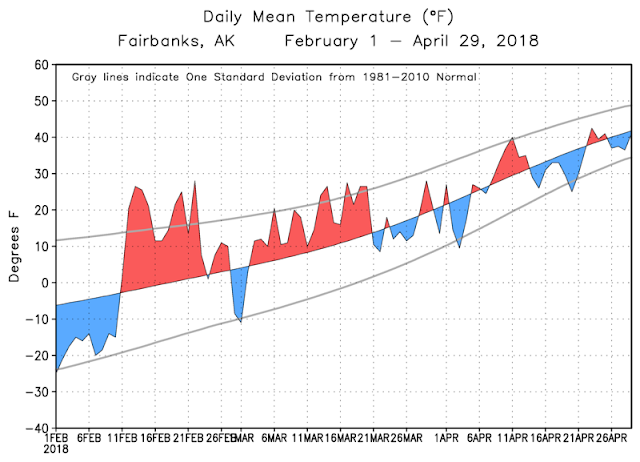 More chilly and damp weather, with snow in the hills and probably in town too, looks rather likely in the next couple of days.  It's unusual to see lengthy spells of rain and snow at this time of year - the chart below shows that the long-term frequency of rain or snow reaches its seasonal minimum in early May, based on hourly reports from Fairbanks airport since 1950.

This morning's 500mb chart shows a very typical set-up for wet weather in Fairbanks-land: vigorous flow out of the west-southwest in the middle levels of the atmosphere. 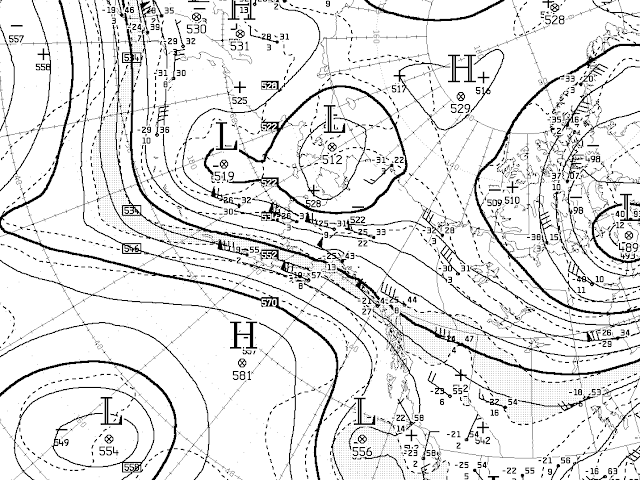