By and large, August typically brings cooler, cloudier, and wetter weather to interior and northern Alaska as summer fades quickly, but the start of this month has seen very unusual heat across the interior and west coast.  It has been the hottest spell of the summer.

Fairbanks reached 89°F at the airport on Tuesday, the highest August temperature since 2010, and the daily mean temperature was the highest on record for August, owing to a very warm daily minimum temperature of 64°F.  And it wasn't just a one-day heat wave: four consecutive days reached 84°F, and this too is unprecedented in August (looking at data since 1930). 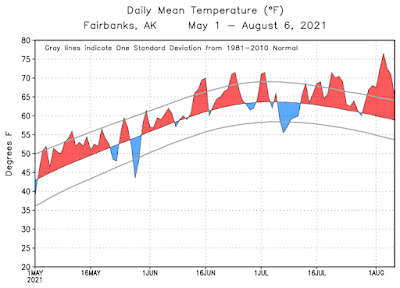 Out on the west coast, the heat was even more unusual relative to climate normals: Kotzebue reached 80°F on Wednesday, which ties the record for the month of August.  Like Fairbanks, the peak daily mean temperature of 70°F set a new record for August.

Here's a map view that shows the evolving distribution of daily high temperatures: click to enlarge.  (But note that the thermometer at Kivalina had a problem - it wasn't 90°F there on Tuesday.) 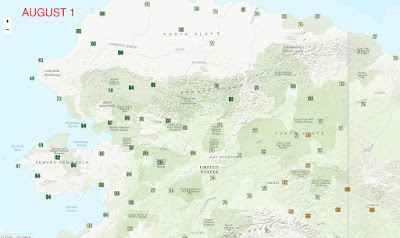 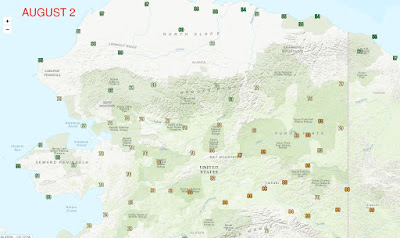 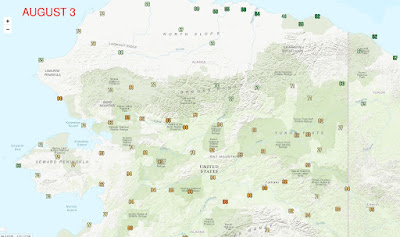 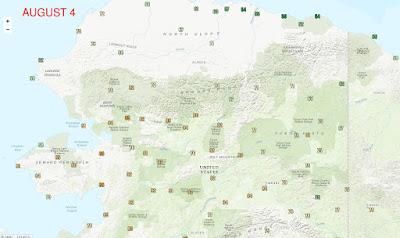 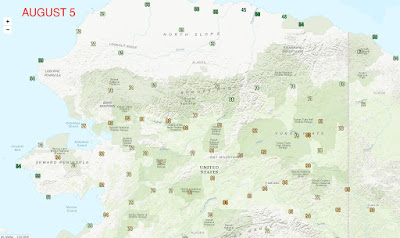 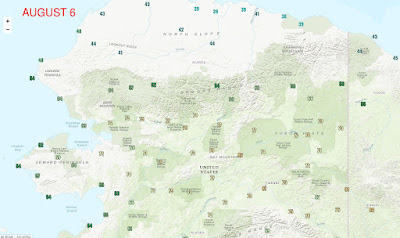 Here's the mid-atmosphere (500mb) circulation that brought the amazing warmth to the west on Wednesday (4pm analysis courtesy of Environment Canada): 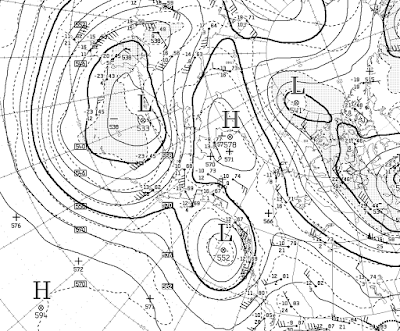