It's a cold start to the new year in Fairbanks-land, with an air mass moving through that's worthy of this blog's name, i.e. deep cold.  Temperatures are lower in the hills than at valley level, with nasty wind chills.

Here are noon temperatures around the area (click to enlarge): 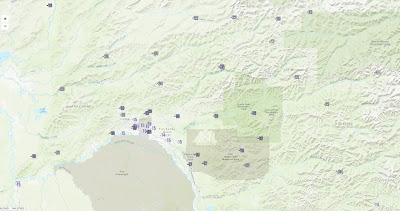 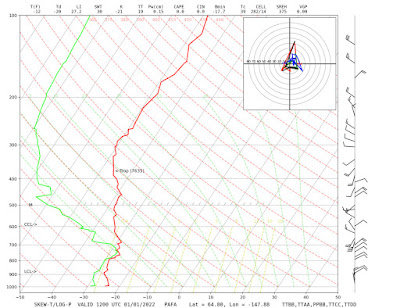 After noting on Thursday the rather extreme cold in the forecast, I did a comparison between the latest GEFS 850mb temperature forecast and the minimum that has been observed in recent decades, based on ERA5 data (1950-present).  It turns out that the predicted 850mb temperatures over the southeastern interior have not occurred since before 2000 (light blue shading in the figure below), and in a few spots not since before 1979 (medium blue shading). 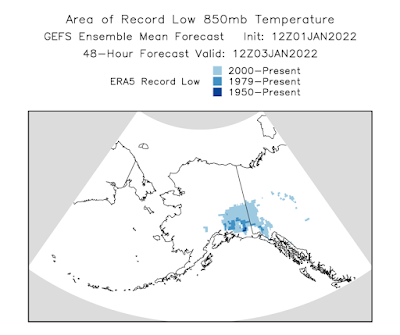 Of course, the comparison may be hampered by systematic bias between the GEFS and ERA5 temperatures, especially over or near high terrain, so we'll have to wait a few days to get the self-consistent ERA5 analysis after the event.

Here's an animation through Tuesday morning.