Fairbanks nearly recorded their first sub-zero temperature of the season this morning. If they had, the date would have been only 1 day behind schedule. Figure 1 shows the low temperatures this morning. The first 0°F of the season at the official climate site for Fairbanks has occurred as early as October 3rd and as late as November 22. Figure 2 shows the annual date of the first 0°F day since 1904. Finally, Figure 3 shows the earliest 0°F observation for each climate station in the greater Fairbanks area for stations with at least 15 years of observations that extend into the 2000s. Every station has experienced 0°F temperatures before the end of October. North Pole is the winner with a 0°F reading on September 26, 1983. 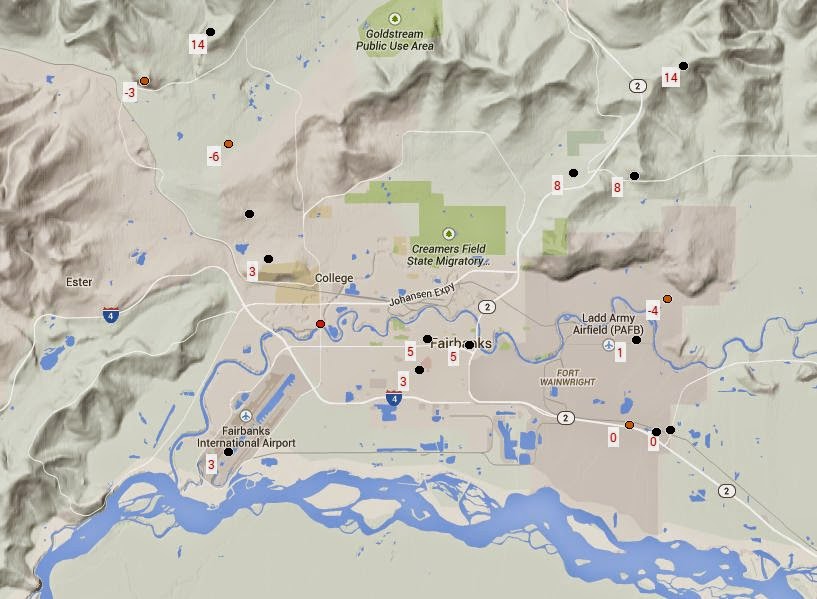 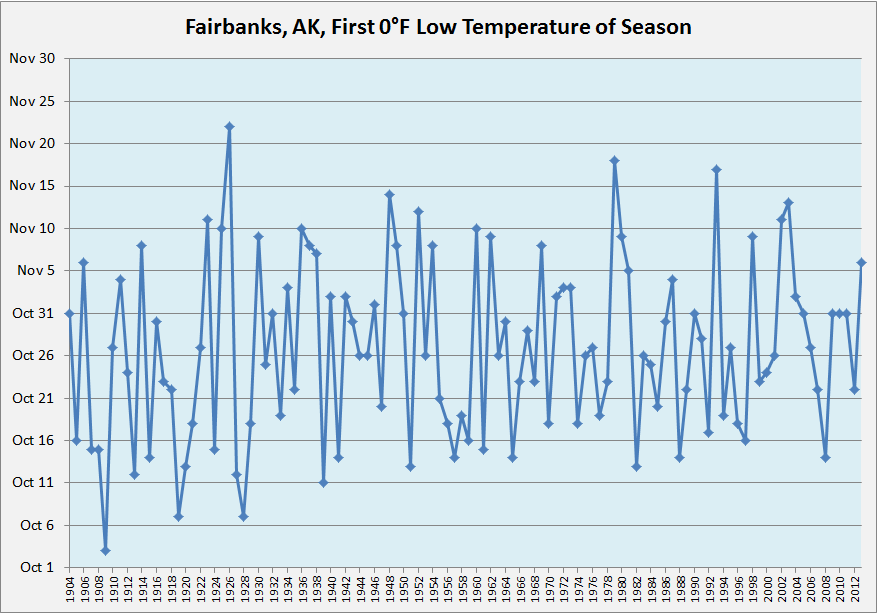 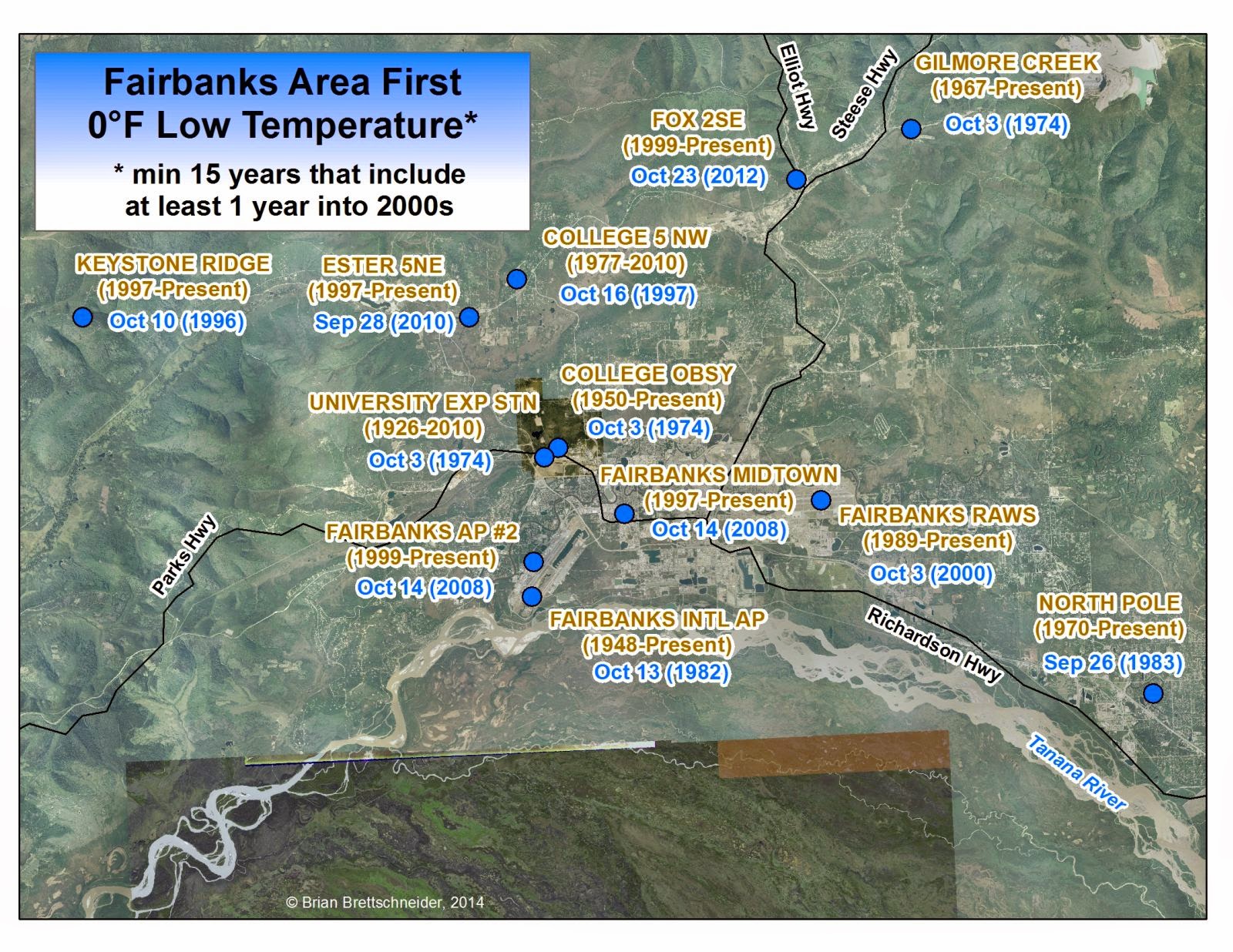 Figure 2. Earliest date of 0°F temperature for all GHCN stations around Fairbanks with at least 15 years of data ending no earlier than 2000.