The hardy residents of the Fairbanks area are used to rapid seasonal changes and dramatic temperature swings, but the change in the past 3-4 weeks has been remarkable even for the usually volatile interior climate.

As we noted here and here, a strong chinook event raised the temperature to 76 °F at Fairbanks airport on September 14, which was close to the warmest on record so late in the season, but only 3 weeks later there was 4 inches of snow on the ground with a high temperature of 31 °F.  Given that the peak normal high temperature in early July is 74 °F, we might call this a transition from summer-like to wintry conditions in only 3 weeks.

Is this a record for rate of transition?  Based on these specific criteria (last 75+ °F day, first sub-freezing day with 2+" of snow on the ground), yes.  See the chart below; click for a larger image.  It's interesting to note the break from the relatively uniform results of the past 18 years. 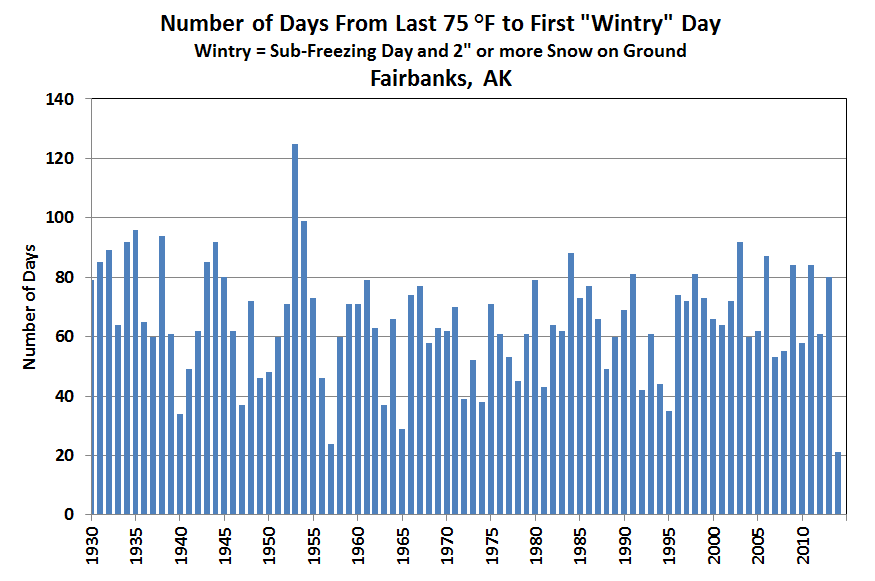 We can show a similar result for Keystone Ridge.  The highest September temperature of 66 °F did not quite reach the peak normal for summer, but the daily mean temperature on the 13th was above peak normal for summer.  Looking at the time from last 65+ °F day to first wintry day (same definition), we again see a transition that was shorter than in recent years (only 16 days this year). 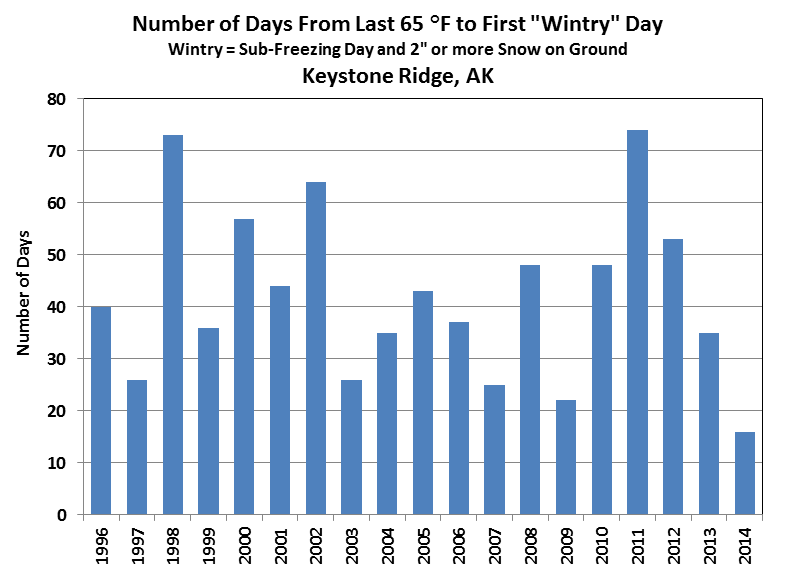