Cold This Week - Or Not

The coldest temperature observed at Fairbanks airport so far this cold season is only -6 °F, which is equivalent to the normal low temperature on November 14, i.e. more than 10 days ago.  The long-term normal for lowest temperature through November 25 is -26 °F, and only two early winter seasons (1979 and 2002) were warmer by this metric.  The lowest daily high temperature so far is a relatively balmy 7 °F, compared to a long-term normal of -10 °F for coldest day season-to-date.  There just haven't been any significantly below-normal temperatures since early October.

The computer forecast is suggesting that a change is imminent, as the latest computer MOS (model output statistics) forecast indicates low temperatures of -24 °F and -27 °F on Thursday and Friday of this week respectively.  The computer forecast also shows highs well below zero.  However, the National Weather Service forecasters apparently aren't buying it, as the coldest low temperature in the official forecast is -11 °F and the coldest high is 3 °F.  Here's the NWS forecast and the last two iterations of the MOS forecast: 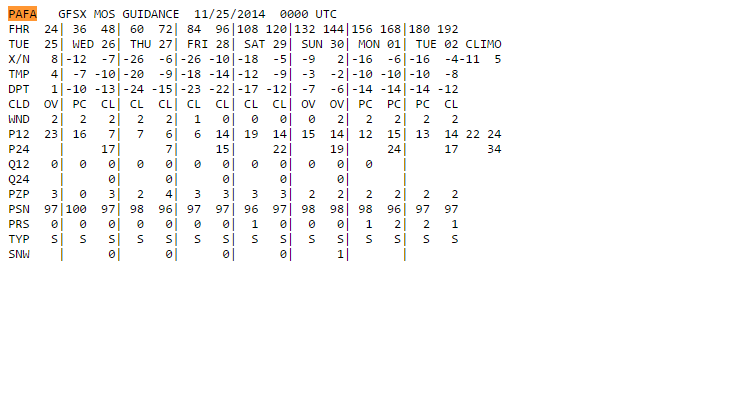 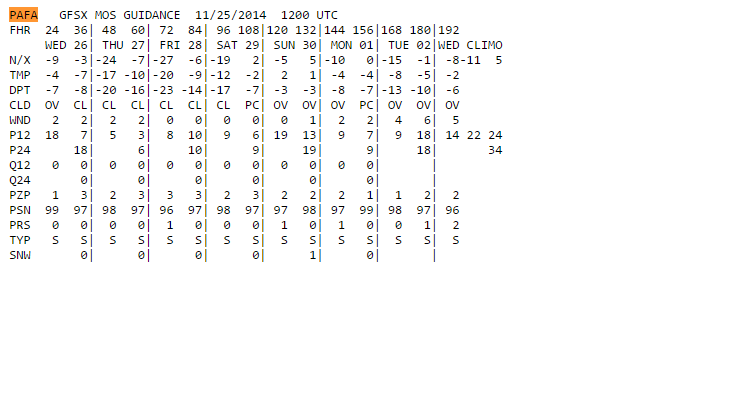 The NWS forecast discussion doesn't offer any hints as to why colder conditions aren't expected.  The GFS model forecasts of the 500 mb height and the sea-level pressure on Thursday afternoon are shown below; with a surface high retreating to the east and a pressure gradient persisting, the set-up doesn't look ideal for cold, but if winds go calm under clear skies it will undoubtedly get chilly. 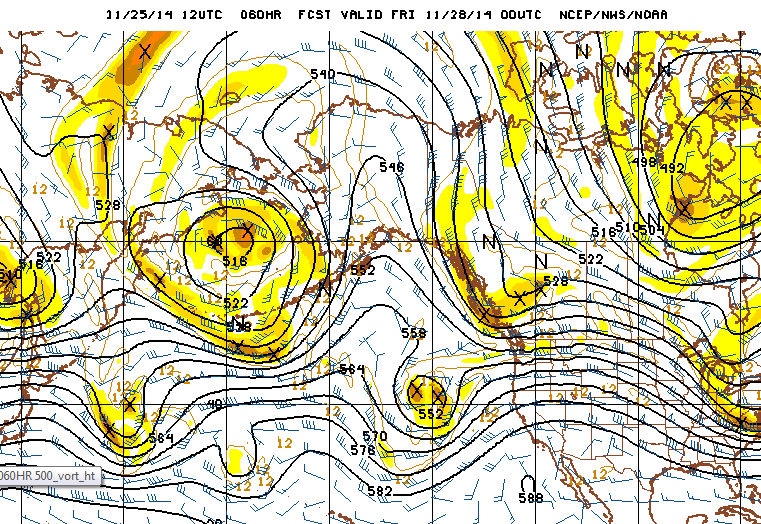 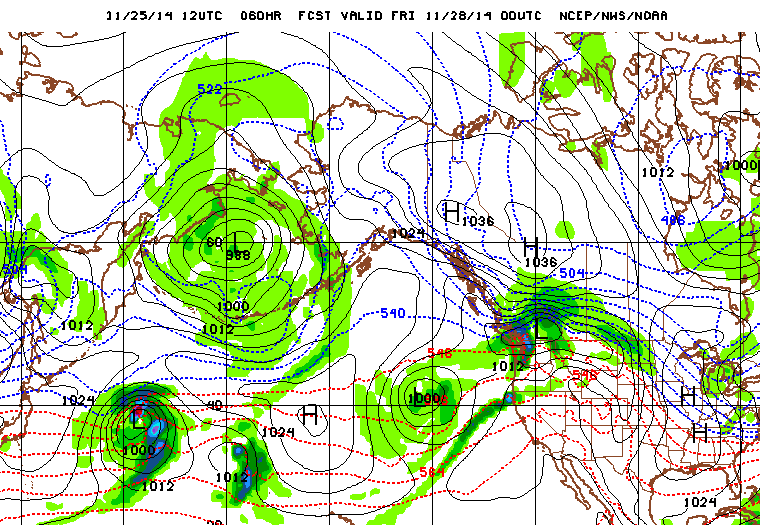 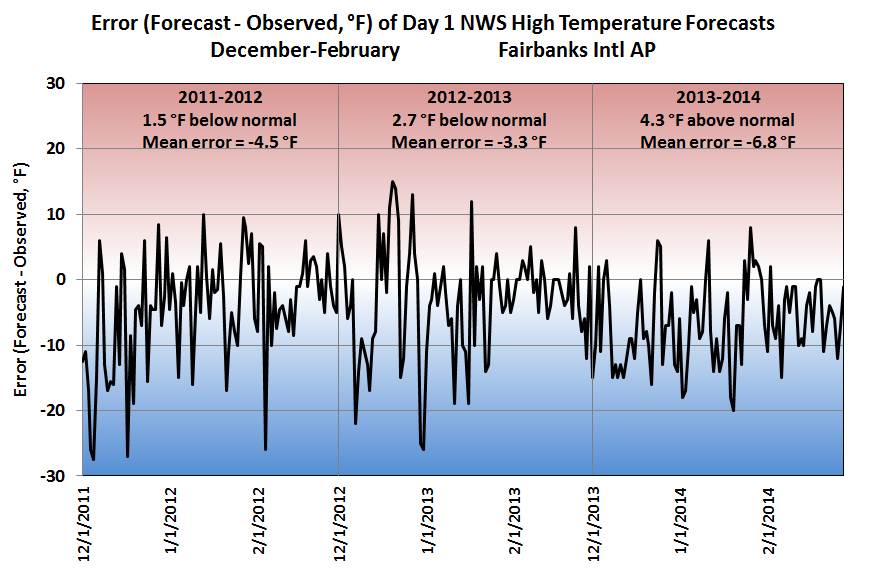 The forecast bias was particularly persistent last winter, when 87% of all days ended up warmer than the forecast indicated.  It was a warm winter overall, so it's not surprising that the bias was greater than in the previous two winters, which were slightly colder than normal.

Readers should note that none of this discussion should be construed as criticism of the NWS forecasts or personnel; their services are tremendously valuable in a myriad of ways and I applaud their efforts and dedication.

[Update November 29: the NWS forecast ended up closer to the truth than the MOS, as we would hope.  The lowest temperature observed at the airport was -18 °F and the lowest "daytime" high temperature was -1 °F.  Here are the recent day-1 high temperature forecasts and the observed maximum temperatures from 3am to 9pm AKST:

Remarkably we see that the day-1 high temperature forecasts were too cold again.]