The first measured -40° temperature of the season (as far as I'm aware) was observed in Alaska this morning, as the thermometer at Toolik Field Station registered -42 °F at 2am AKST.  A couple of sites came close to this benchmark of winter cold on November 28 (-36 °F at Arctic Village, -35 °F at Chicken).  Here's an infrared image from the Suomi-NPP satellite at 0516 AKST this morning, with the location of Toolik Lake indicated; it looks like many locations north of the Brooks Range were at least as cold. 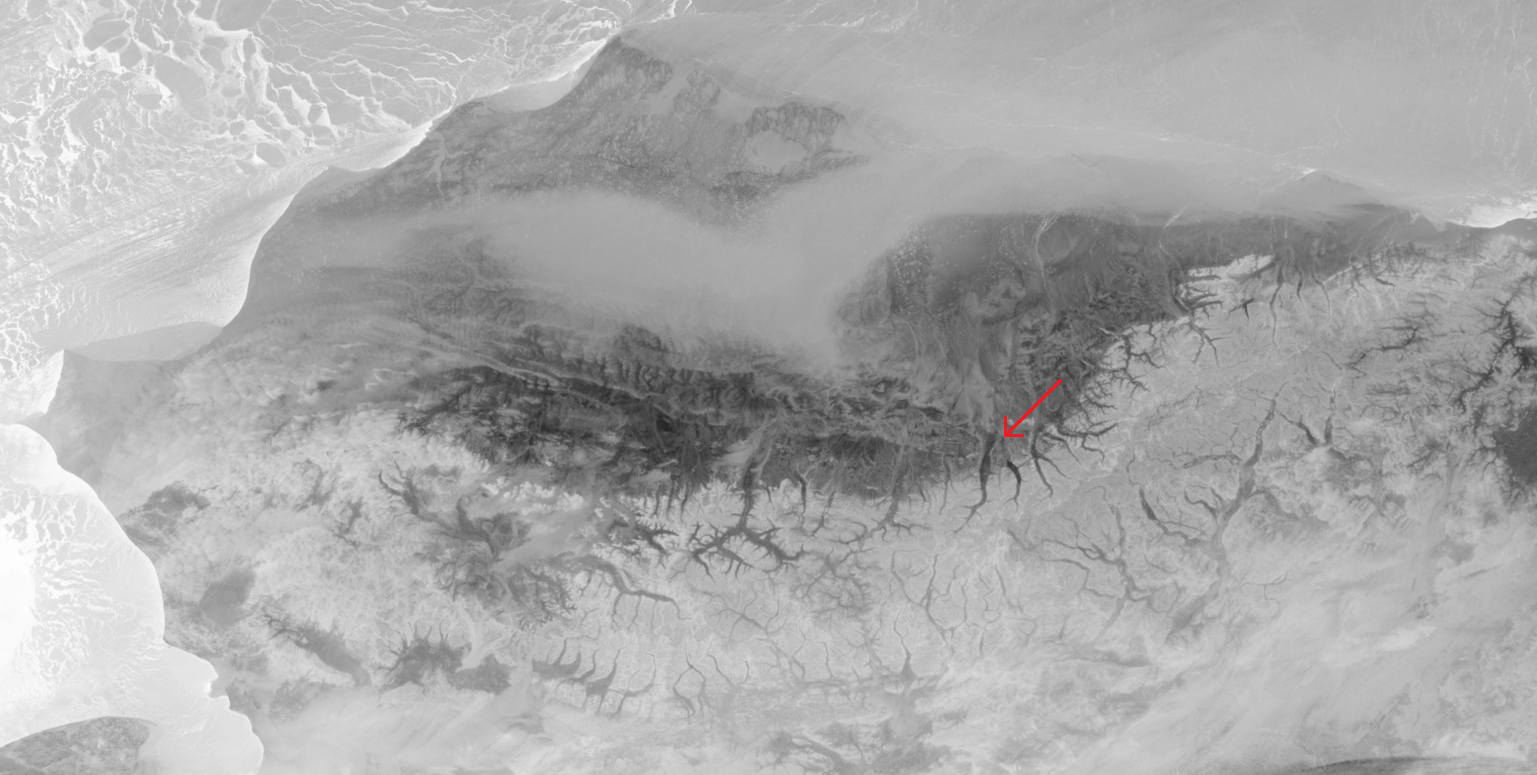 The first -40° temperature of the season is most often observed at places such as Allakaket, Bettles, Umiat, Chandalar Lake, and Northway.  Historical data from Toolik Field Station began in 1988, and that year was the only other year in which Toolik was the first place to reach -40°. 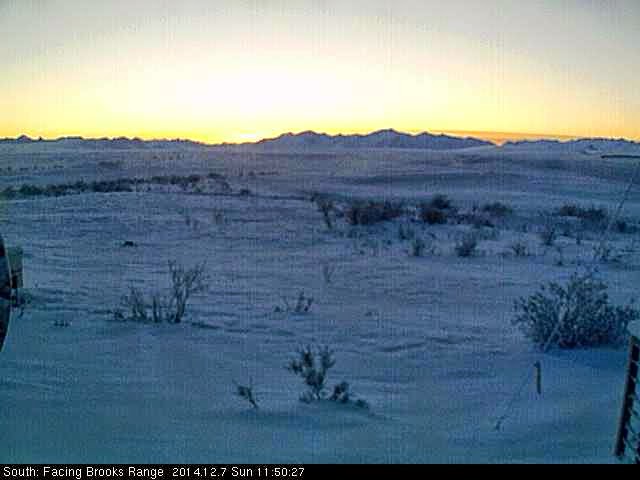