The subject of record temperatures came up the other day when Anchorage set a record low temperature for the first time in 2.5 years. In Anchorage, there is a strong downward trend in record low temperatures during the period of record and a strong upward trend in record high temperatures. Does the same hold true for Fairbanks? Last year I wrote a post that summarized record frequencies for 14 stations; however, it used a standardized starting point so many early years were excluded.

When just looking at the Fairbanks International Airport, the observations for this station go back to December 1929 in the GHCN database. For this analysis, I used January 1, 1930 as a starting point.

Every time a record temperature occurs in a year, that year receives one tally for records. For example, the record high maximum for January 8th was set in 1930; therefore, the year 1930 receives one point for that record. The record high for January 9th was set in 1937 and then tied in 2002. In the case of ties, each year receives a partial tally for the record (0.5 points when shared between two years. The sum total for all 86 years (for each record category) is 366 – one tally for each day of the year. If the data were truly random, we expect that each year contains 4.25 records for each category.

I must admit to being surprised that the rate of record high maximums and high minimums (Figures 1 and 2) were not more strongly positive. Figure 1 shows no trend whatsoever and Figure 2 shows only a very weakly positive trend.

For the cold records, a pronounced negative trend exists.In Figure 3 and Figure 4, the trend toward low instances of record cold events begins in the early 1970s. Perhaps most interesting is the very pronounced, record cold snaps of Fall 1992 and Spring 2013. In both cases, many records were established. Without these two anomalous events, the long-term cold record trend would be very strongly negative.

Interestingly, the trend of all record occurrences (see Figure 5) is moving downward. In the first half of the climate record, there was a ~40% chance that any given year was responsible for 20 or more records. In the second half of the climate record, only ~15% of years have seen 20 or more records attributed to them. This is not unexpected though from looking at the first four figures. Since record high temperatures are nearly level and record low temperatures are less common, the total for more recent years should be lower – which it is. 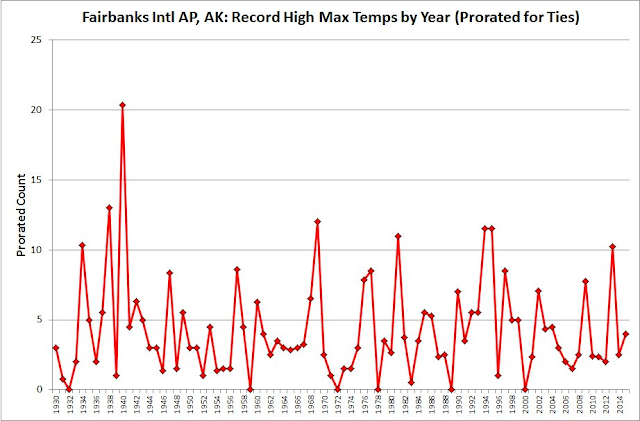 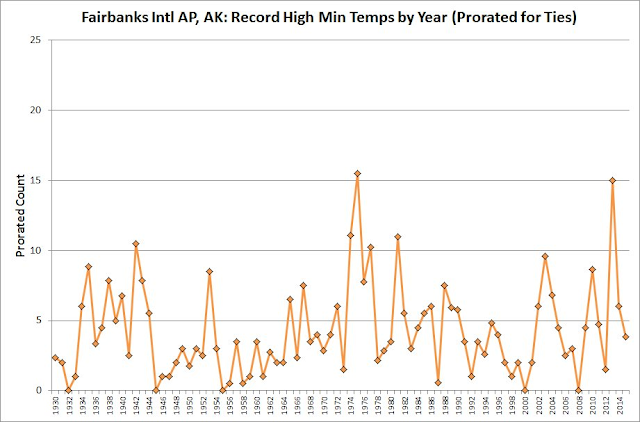 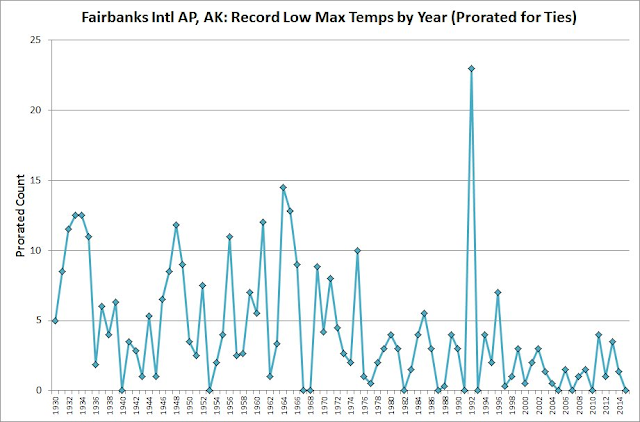 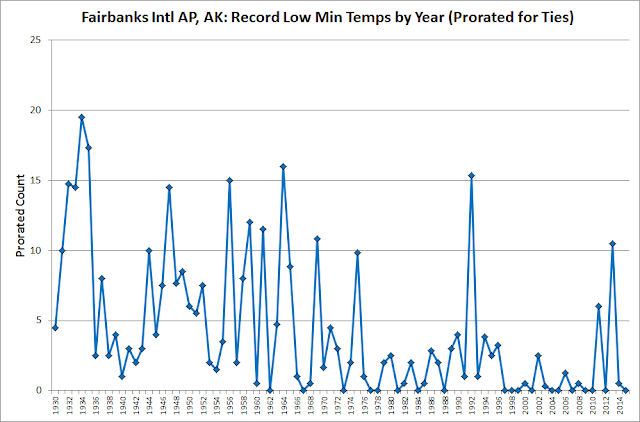 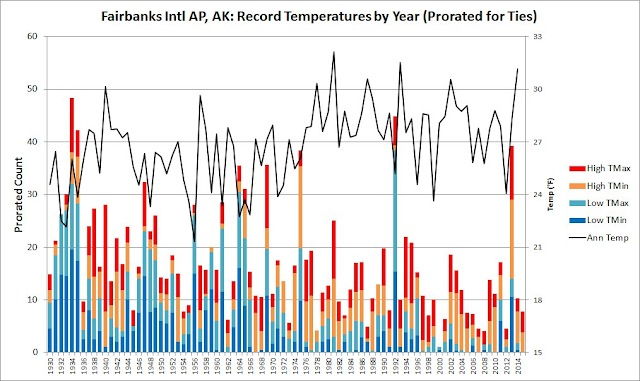