Lack of Warming in November

A couple of months ago I made a passing reference to the rather noticeable absence of a long-term warming trend in November upper-air temperatures as measured by balloon soundings from Fairbanks.  Based on sounding data from 1950 to present, November mean 850mb temperatures actually show a slight cooling trend, in contrast to the adjacent months of October and December - see the charts below.  Note that Octobers have been unusually warm since 2002, and Decembers have been warmer since the early 1980s, but November mean temperatures show neither of these features. 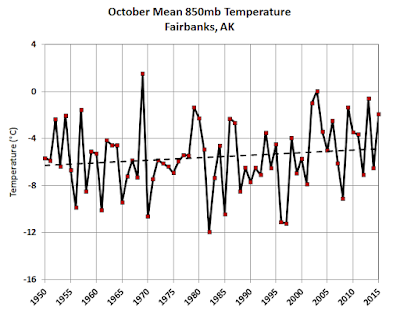 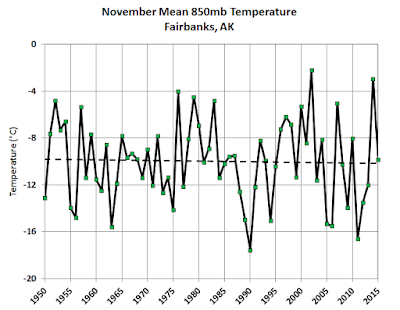 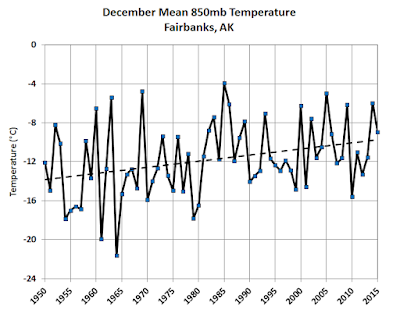 I've drawn linear trend lines on these charts, but this is just to gain a simple impression of the long-term changes; obviously the changes have not occurred in a linear fashion.

Looking at surface temperatures from Fairbanks over a longer period (1930-2015), we see a similar pattern: temperatures have been warmer in the past 15 years in October, and December has become much warmer over the long haul, but November has seen very little change. 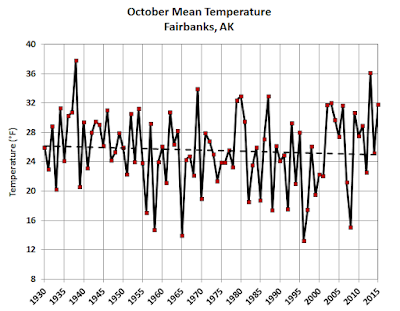 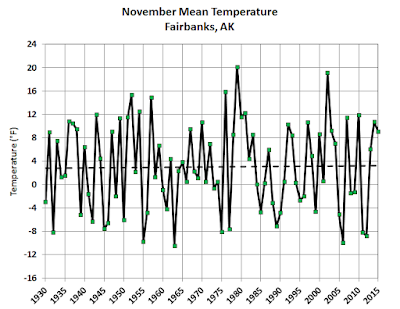 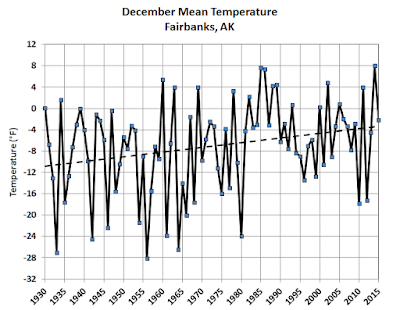 At the risk of boring readers with too many charts, I think it's worth looking also at the Alaska statewide average temperatures from NOAA's climate division data.  It's quite a similar picture here again, although as a whole the state has seen some slight warming in November; this warming has all been in the western half of the state.  I'll make a map of the regional trends when I have more time. 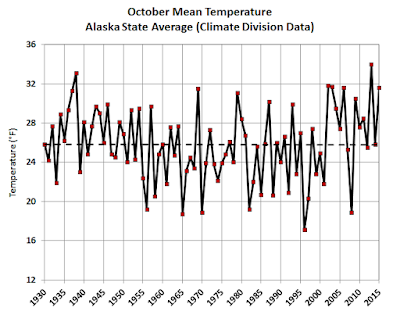 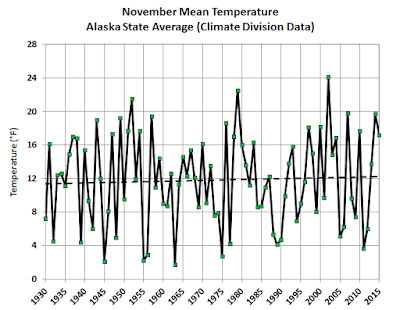 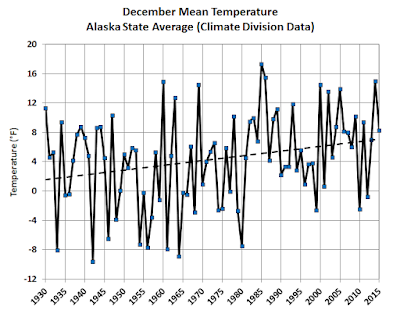 The obvious question, of course, is why has November not warmed in Fairbanks and the eastern interior - not even in the past decade or two.  We might be tempted to pin part of the blame on the PDO phase becoming slightly more negative over the long term (see below), but this hasn't alleviated the strong warming trend in December (and the PDO trends are very similar for the two months). 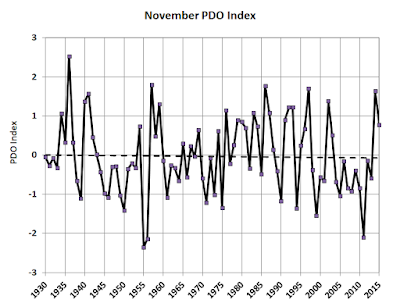 My working hypothesis for further investigation is that the atmospheric circulation patterns have shifted over the decades so that relatively cooler conditions are now favored in November for interior Alaska; for example, perhaps low pressure is now less common over the Bering Sea in early winter.  This kind of shift could allow a localized region to defy broader hemispheric trends towards warmer conditions; but even if we can show this has occurred, the deeper question of "why" may be difficult to answer without delving into global climate model simulations.  But hopefully I'll be able to report back here with some more answers before too long.