With winter fast approaching its midpoint, it's interesting to see how the seasonal climate anomalies have stacked up so far, and particularly in comparison to what's expected in a La Niña winter.  In short, it's been warm - indeed, much warmer than expected, with low pressure being a more prominent feature in the Bering Sea than would normally occur with a robust La Niña episode.

Here's a very nice pair of graphics, courtesy of Rick Thoman, showing the November and December temperature departure from normal: click to enlarge. 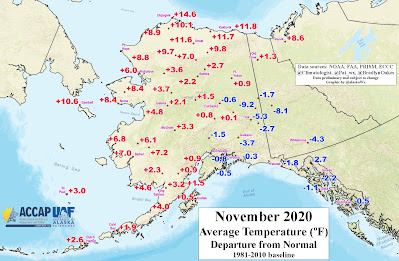 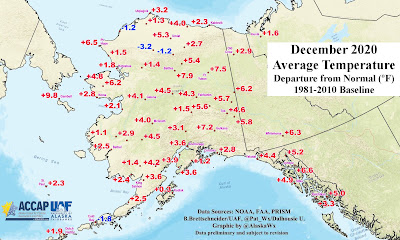 With few exceptions, the two-month period was significantly warmer than normal; cold in the southeastern third of the state in November was largely outweighed by warmth in December, and November warmth in the northwest more than made up for a localized area of cold in December.

As a reminder, we tend to expect colder than normal conditions across nearly all of Alaska when there's a significant La Niña episode in the tropical Pacific, as there is currently.  The historical tendency is for weaker than normal low pressure (i.e. above normal MSLP) over the Bering Sea and Aleutians in both November and December, and the associated flow pattern often brings a cold northerly component to the flow over mainland Alaska. 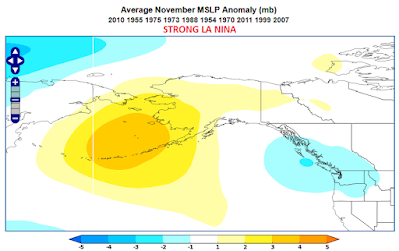 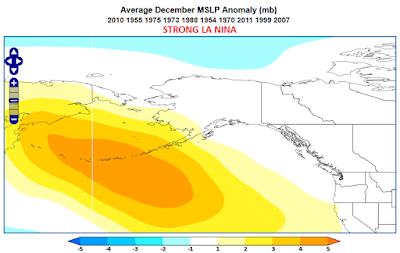 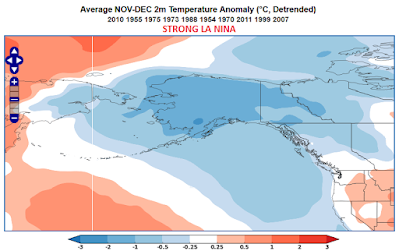 But not this year.  November saw exceptionally warm southwesterly flow across western parts of the state, with low pressure over Chukotka, and then in December a strong Aleutian Low flooded nearly all of the state with mild air. 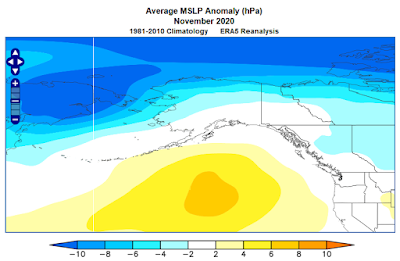 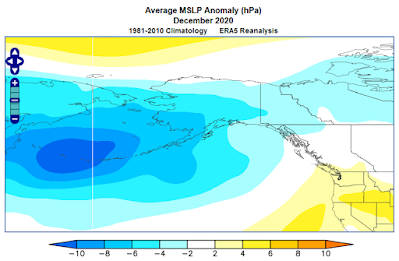 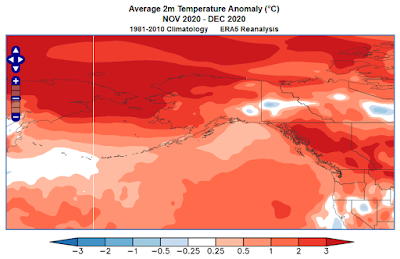 As for precipitation, La Niña tends to be somewhat drier than normal in early winter along much of Alaska's southern coastline, but the southwest has been wetter than normal so far this winter.  For south-central areas and the Panhandle, the maps below show some disagreement between the ERA5 model-based analysis and a station-based analysis from the German weather service (GPCC); but Anchorage has definitely been wetter than normal, and Southeast Alaska has been exceedingly wet (leading to major landslide damage in Haines).  So the ERA5 result looks much more credible here. 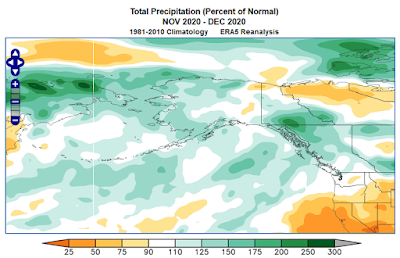 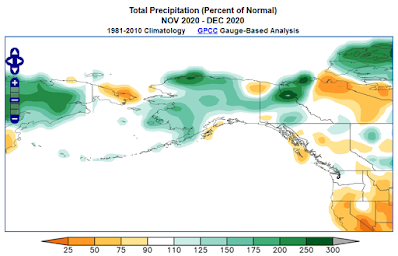 It's not just Alaska that has strayed from its La Niña lane so far this winter.  The maps below show a profound discrepancy in Eurasia as well, with the past two months seeing an unexpected trough near the British Isles and a ridge over western Russia.  The pattern that has actually occurred - especially in terms of the Aleutian Low - has been more reminiscent of El Niño than La Niña; and there's no sign of more La Niña-like anomalies returning any time soon.  The obvious question is why; but I'll reserve further comments for another time. 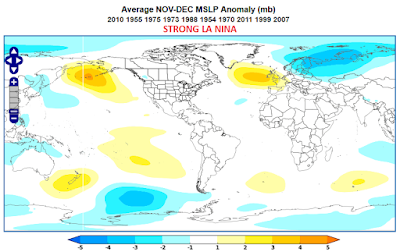 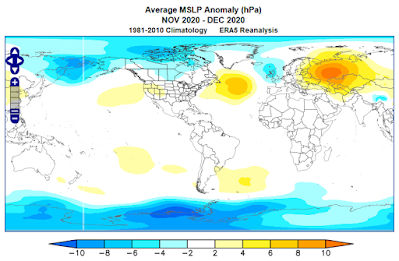