The atmosphere above Barrow finally cooled to below freezing at all levels this morning, after a record-setting period of mid-winter warmth.  The chart below shows the 850 mb temperature (red line) and the maximum temperature at any height measured in the balloon soundings (blue line) since January 24.  Above-freezing temperatures were measured at some height above ground at every observation between 3 am AKST January 26 and 3 pm January 31, a total of 132 hours or five and a half days.

It is also worth noting that the previous January-February record highest temperature at any height, +7.8 °C, was exceeded for three consecutive measurements in this event.  The new record is +9.2 °C. 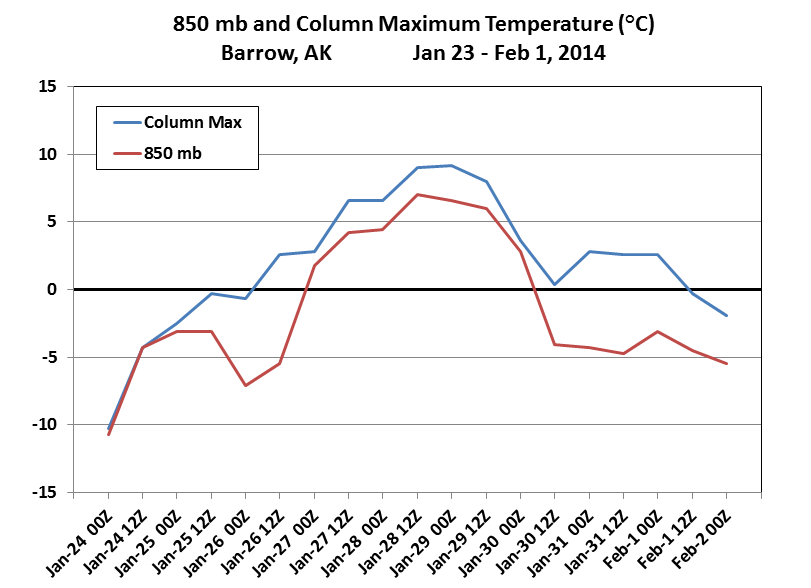