Sea ice is considerably less extensive in the Bering Sea this winter than in recent years, and the extreme warmth of recent weeks has caused much of the ice that had formed earlier to break up and retreat.  The MODIS image below was taken on Sunday afternoon and shows very large areas of open water even in the northern Bering Sea and Norton Sound.  As for the central Bering Sea and Bristol Bay, there is very little sea ice, and the waters surrounding St Matthew Island and Nunivak Island are nearly ice-free.  The second image below shows the contrasting situation in mid-January 2012, when sea ice was very extensive. 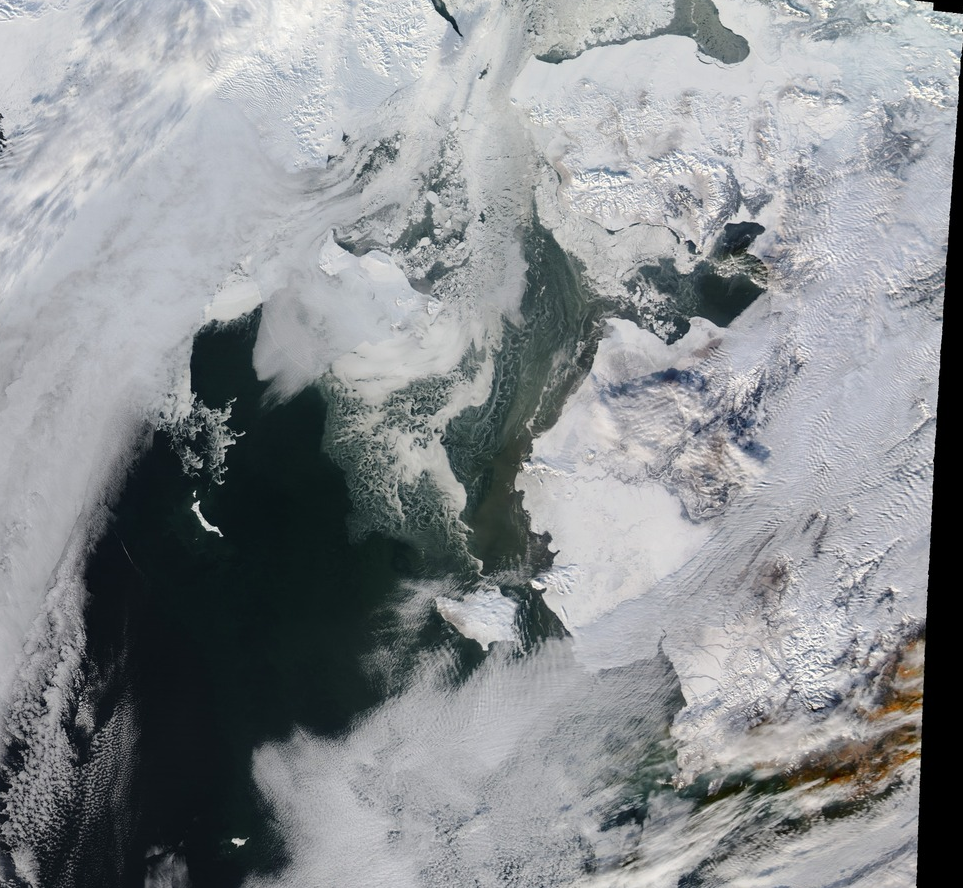 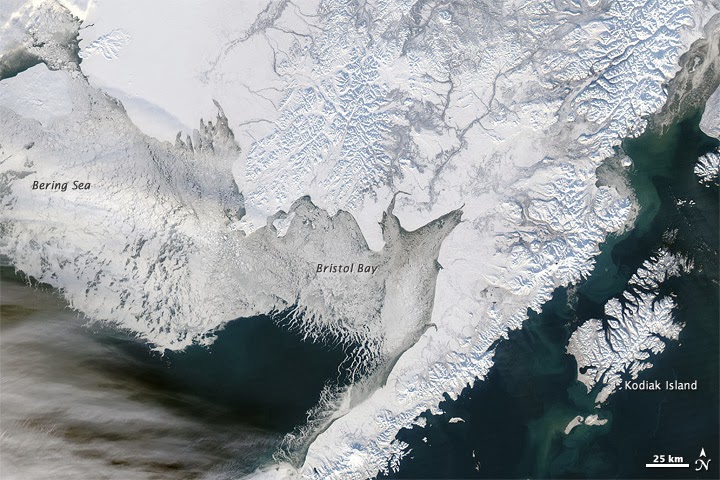 The recent retreat of the Bering Sea ice is evident in the following time series chart, where the 2014 line shows a decrease of more than 100,000 km2 since late January.  Remarkably, the sea ice extent is only marginally higher than it was 30 days ago. 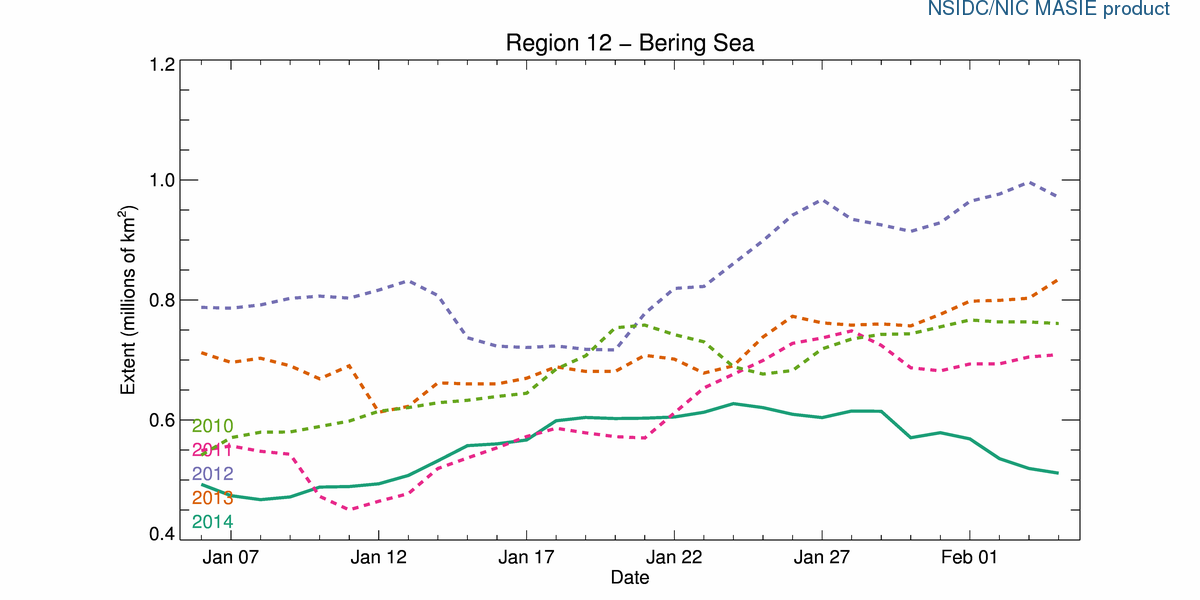 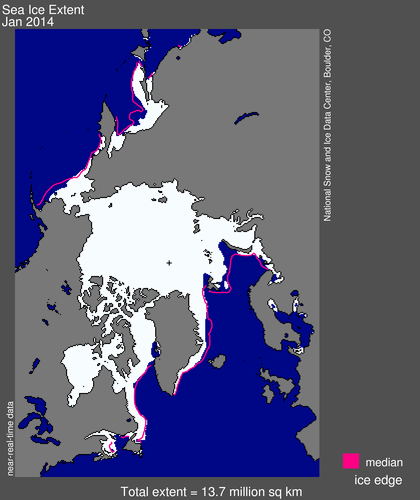 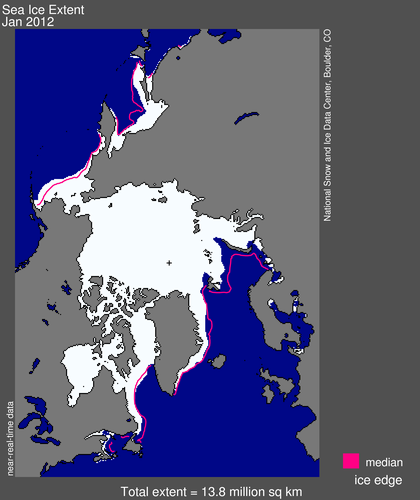 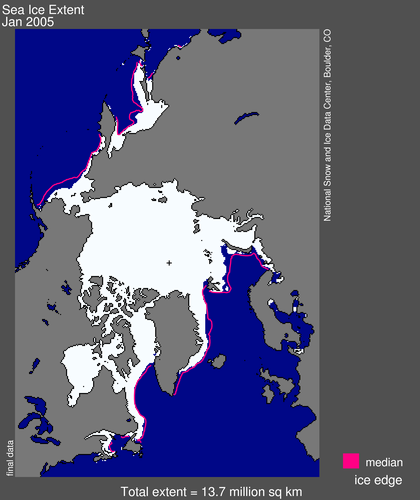 Posted by Richard James at 4:52 PM