As I was searching for additional information about the installation and siting of the Howard Pass RAWS, I came across the following NPS report discussing the summer 2013 and winter 2012-2013 weather conditions in the Western Arctic Parklands.

The Howard Pass statement is accompanied by a time series chart for winter 2012-2013, complete with wind chill measurements: 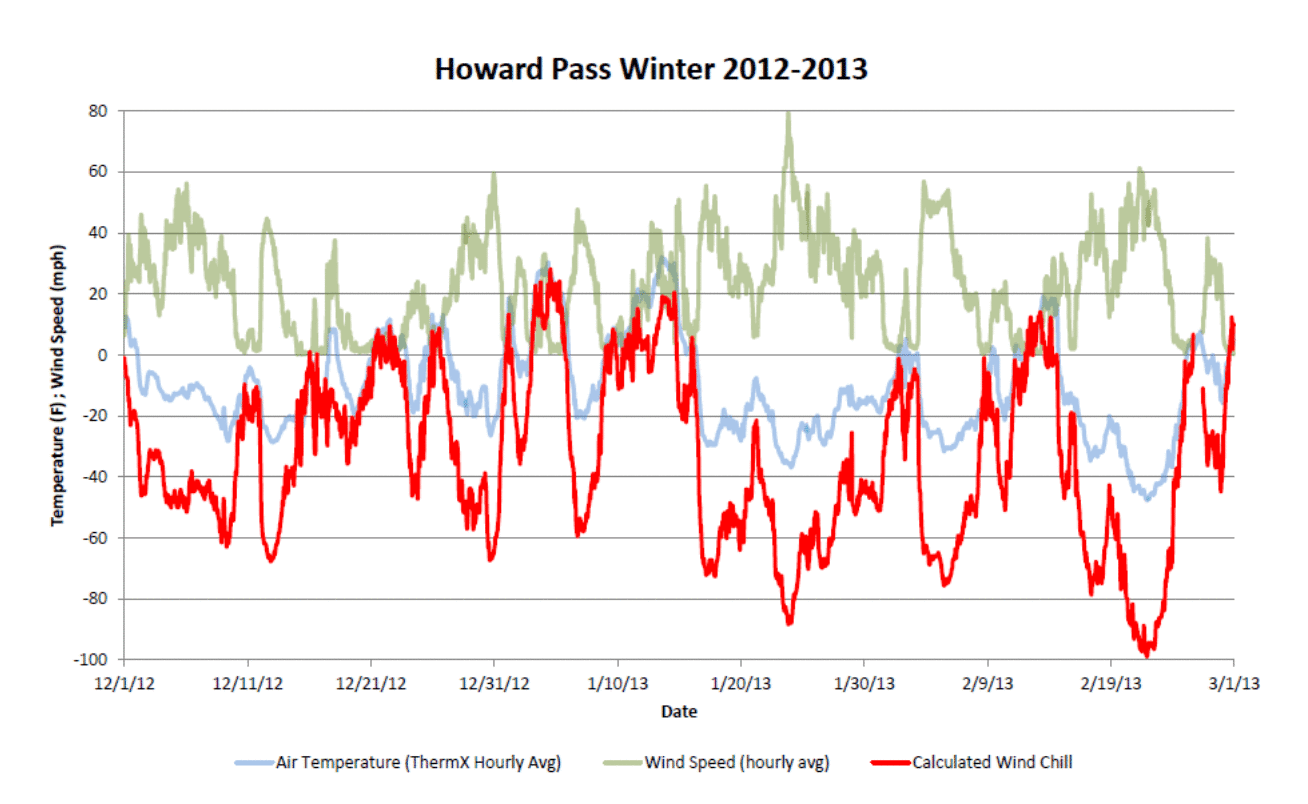 If these measurements are correct, then the all-time Alaska wind chill record may have been broken last year at Howard Pass, and the 2013 event may still stand as the existing record.  Curiously, the RAWS data archive at the Western Regional Climate Center shows corrupted or missing temperature data from Howard Pass prior to late July 2013, so I wasn't able to find the data to match the chart shown above.  The wind chill of -101F would correspond to the minimum temperature of -48F combined with a wind speed of 54 mph.

Brian points out that some of the temperature reports from other stations in northern Alaska on February 21, 2013 were low enough to make the Howard Pass wind chill at least plausible; Anaktuvuk Pass reported a high temperature of -38F and a low of -45F.

Rick will be able to answer the question of whether this data was thrown out for some reason, or if it might have been overlooked by NOAA at the time.