* Updated to add map showing those locations in Alaska that are colder than International Falls, MN.

Several months ago we looked at the locations that most frequently recorded the statewide cold and warm temperatures during 2012. Since practically all of the numbers for 2013 have been received by NCDC, we can now make some maps for 2013. The two maps below show the count for which stations in Alaska were identified as the cold and warm spot respectively for each day of the year in 2013. There is an important difference between these maps and the ones from last year. Knowing that a few cold spot locations are not included in the GHCN database, I manually downloaded the hourly observations for Anaktuvuk Pass, Arctic Village, and Fort Yukon. Unfortunately there was only about 1 month's worth of data for Umiat so it was left out of the analysis. There are surely other stations that could have been included as well.

There are some interesting patterns. For the cold spot, it is almost on the North Slope or at a high elevation site during the summer and in an Interior valley during the winter. For the warm spot, nearly every day in winter it is located in Southeast but in the summer it can be in the Interior or the southern Mainland. As Rick has mentioned, the time of observation at Cooperative stations makes a difference. If the time of observation were standardized, the patterns might not change that much but the tallies certainly would. 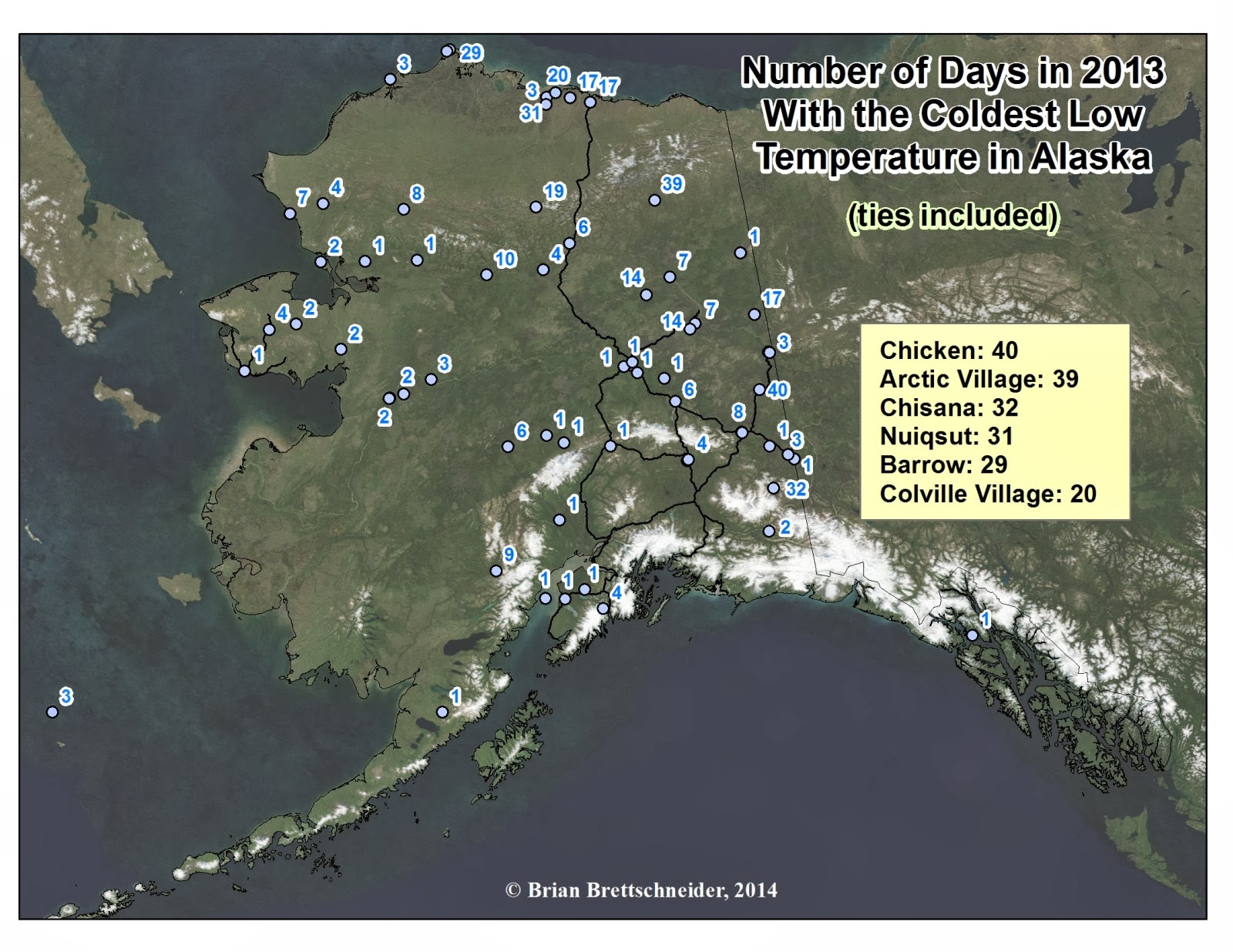 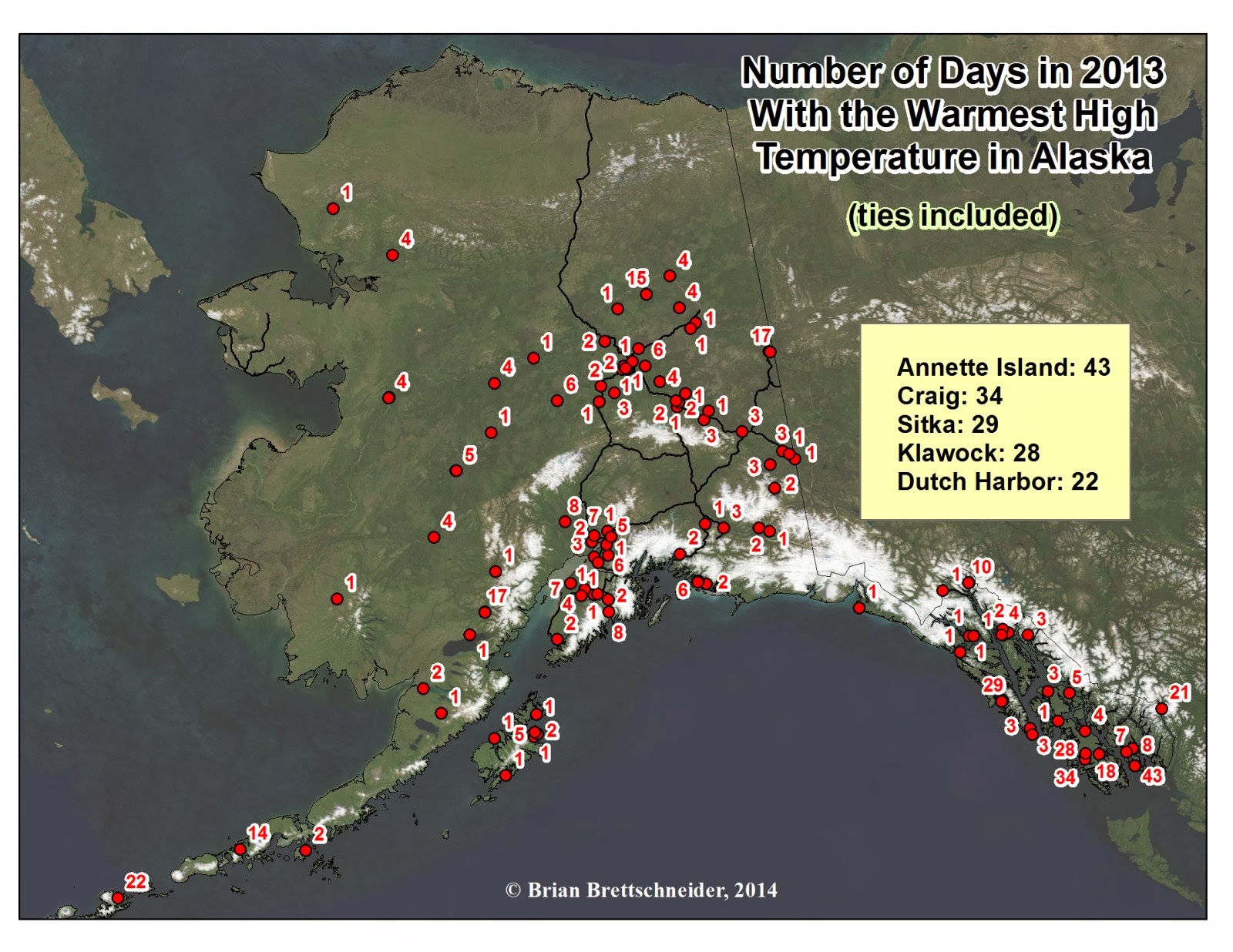 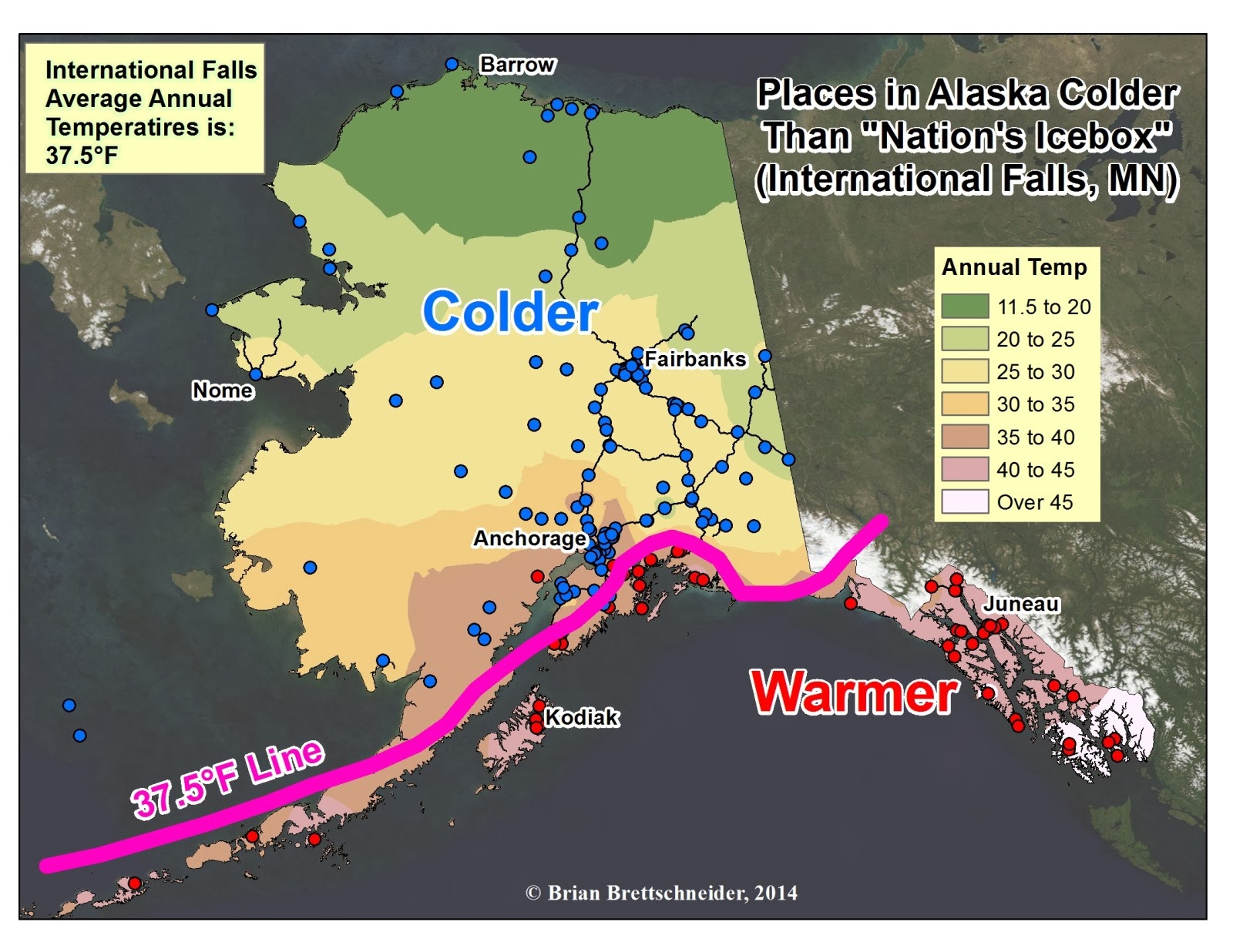