The seasonal snow melt is beginning in Alaska. While the line is currently just entering the Southern Mainland, it will make an inevitable trek northward. Here are some maps that graphically depict the progression of melt out and the length of time that snow stays on the ground. Figure 1 shows the range of dates, on average, when there is a 50%/50% chance of having a snow depth of 1" or greater. For all maps, the data are based of the values in the GHCN database. Since cooperative data is pretty hit or miss, those stations were not included. Please keep in mind that these maps use a smaller number of points than most of my other maps so the interpolation algorithm is not going to do as good of a job. Therefore, if a point is in one range but you know it should be in another, it is the interpolation algorithm that weights each point according to the value of itself and the five closest neighbors. This is true for all maps in this particular blog post entry.

Figures 2 and 3 show the total number of days that a snow depth of 1" or more is recorded each season in Alaska and the Lower 48 respectively. Around half of Alaska is covered in snow for 6" months out of the year. By comparison, a relatively small part of the Lower 48 has snow on the ground for 90+ days. 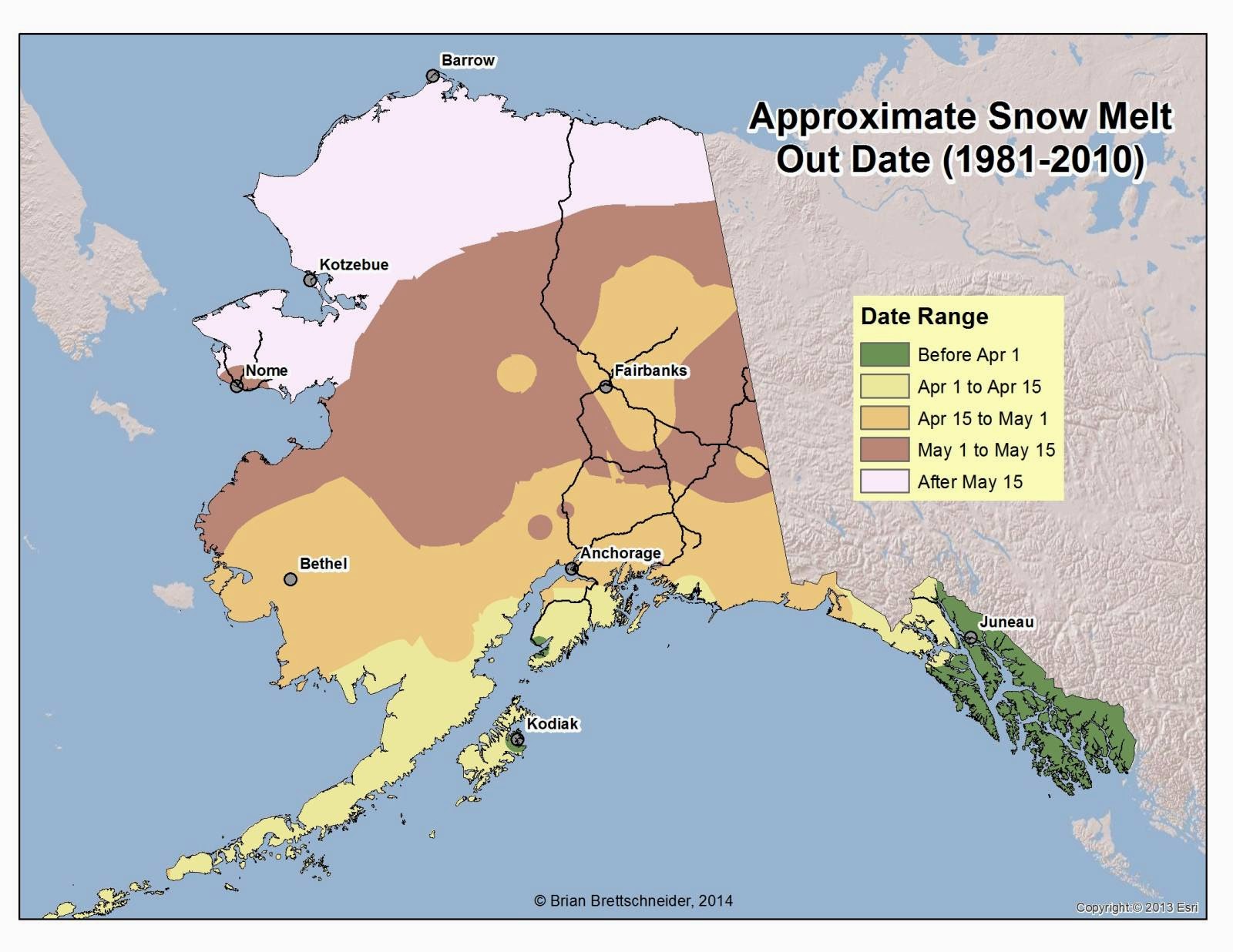 Figure 1. Average last date where the snow depth is 1" or greater. 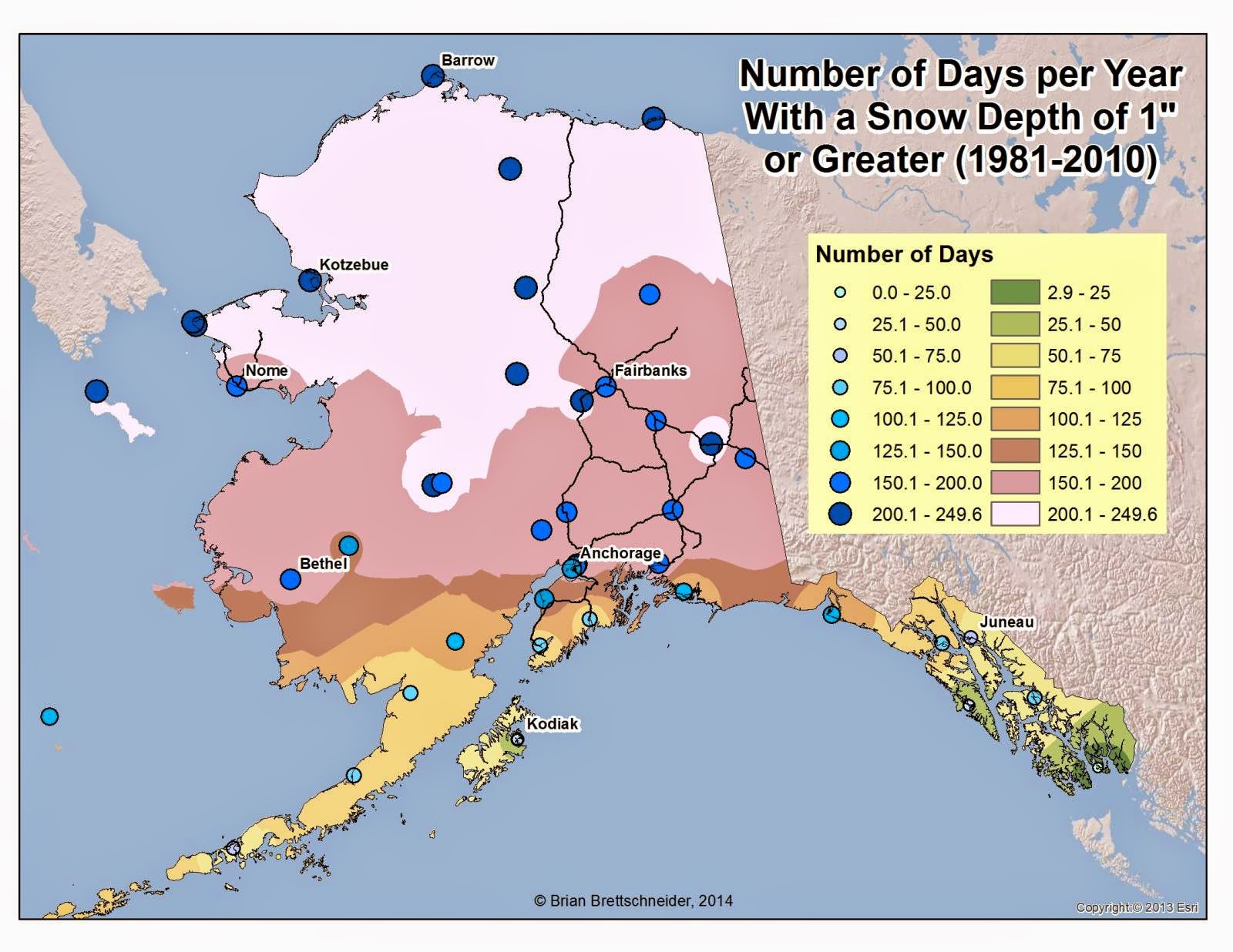 Figure 2. The number of days per year (winter) with a snow depth of 1" or more in Alaska. This is a total count of days and does not necessarily represent the continuous winter snow pack. A few of the stations have short periods of record so their data might be suspect; e.g., Ft. Yukon. 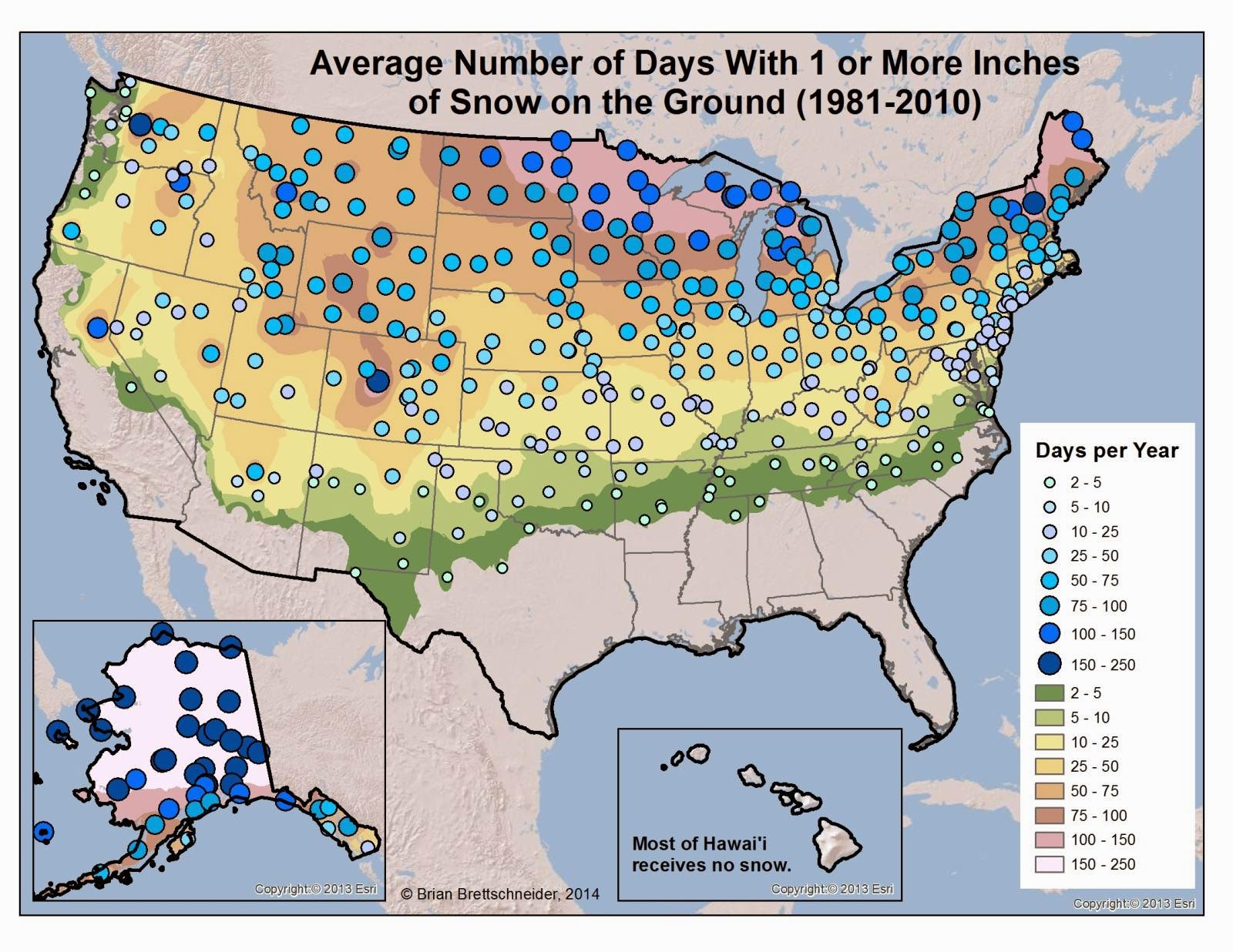 Figure 3. The number of days per year (winter) with a snow depth of 1" or more for the entire U.S. Only areas where the number of days is greater than 2 are shown. This is a total count of days and does not necessarily represent the continuous winter snow pack. Note: the color scale is different for Alaska in this figure as compared to Figure 2.
Posted by Climatologist49 at 5:36 PM