The month of March was another very warm month compared to normal in Barrow, with a monthly mean temperature of -4.8 °F, or 7.9 °F above normal (and the third warmest March on record).  Last month we highlighted the remarkable persistence of warmth this winter in Barrow, and March took this to a new level: this is the first time that six straight calendar months have been observed with mean temperature more than 5 °F above the 1981-2010 normals. The previous record was five consecutive calendar months, from August to December 2007.

The persistent warmth also broke another record: the October through March period was the warmest six (calendar) months relative to the 1981-2010 normal in Barrow's history. This was a marginal break of the previous record from 2007:

The chart below shows each month's temperature anomaly since 1997, relative to the 1981-2010 normals.  The ultra-warm spells in 1998 and 2007 are clearly seen.  Interestingly, the warmth in late 1998 followed the intense El Niño and Atlantic warming of the previous year, while the 2007 warmth occurred in conjunction with the then-record Arctic ice melt-out; this winter's record warmth seems mostly connected to the North Pacific ocean temperatures and the persistent North American circulation pattern. 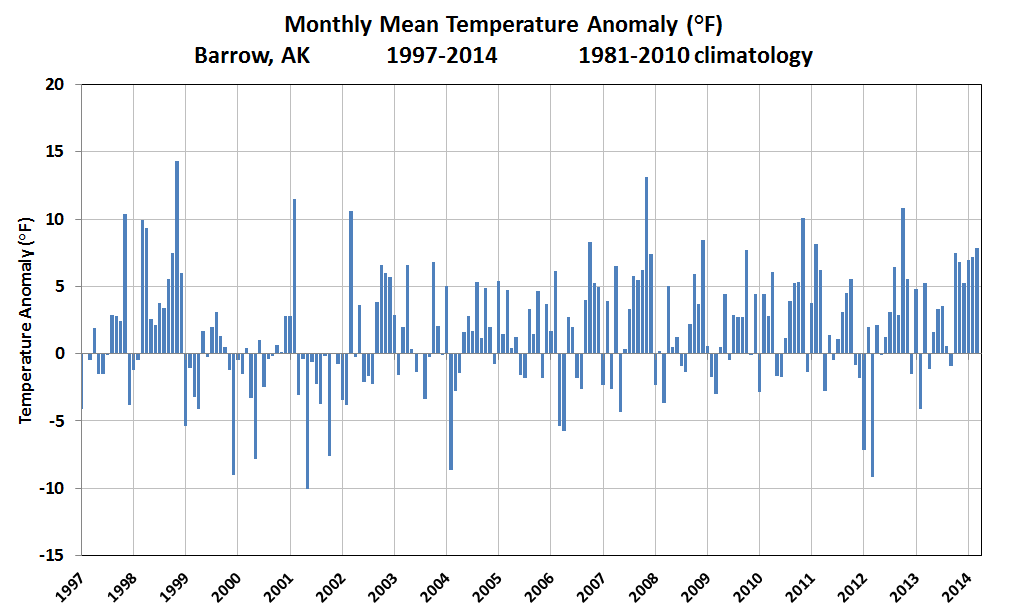 The recent persistence of warmth is also seen in the daily anomaly chart since October 1 (see below).  From October to March, 71 of 182 days were 1 standard deviation or more above normal, while only 44 days were below normal. 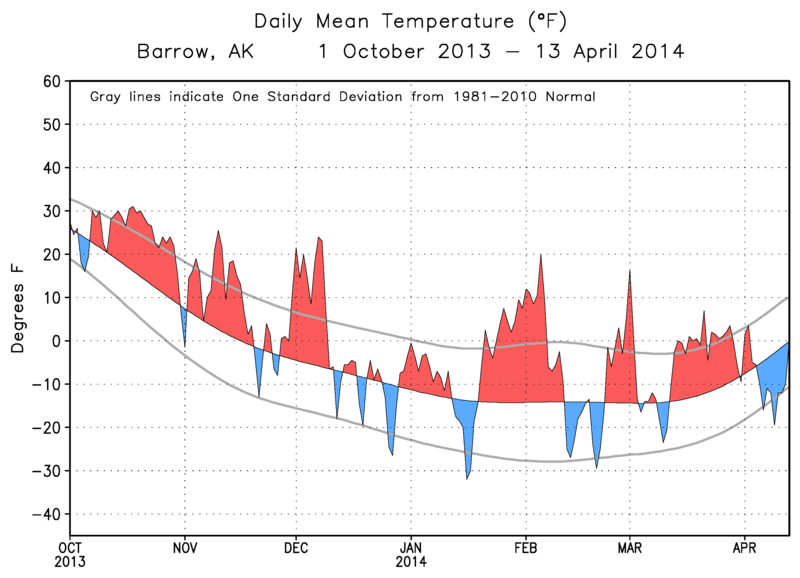