Compared to most places in Alaska, Fairbanks has a low annual wind speed. Distance from the ocean, persistent winter inversions, and a lack of topographic constrictions all conspire to prevent strong winds in most situations. There are a cluster of stations in the Interior that all have relatively low annual wind speeds; including Bettles, McGrath, Nenana, Tanana, and Eagle. Figure 1 shows the average annual wind speed of 44 stations in Alaska with at least 10 complete years of data. Note: this data was obtained from the 'AWND' field of the GHCN database. 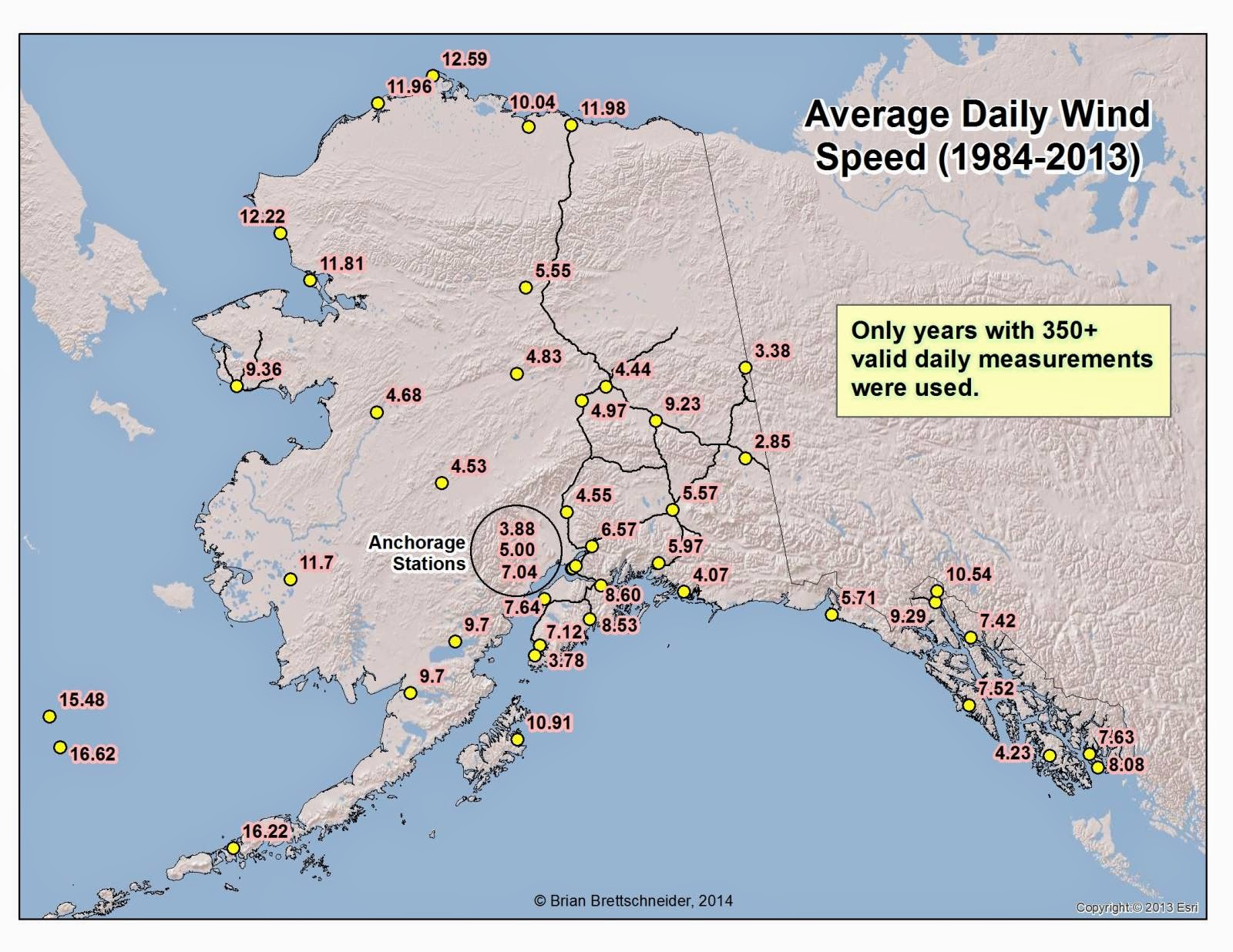 Interestingly, if you look at the wind speed over time, there is a noticeable downward trend – including an abrupt shift in 1998. Figure 2 shows the average annual wind speed for Fairbanks between 1984 and 2013. The speed was consistently above 5 mph before 1998 and mostly below 4 mph after 1998. To see if this is an anomaly or if other stations have the same issue, I made a chart of the 19 stations that have nearly complete data between 1984 and 2013. They all show a downward trend in wind speed and many have the same shift in speed in 1997 or 1998 but to a lesser degree. Figure 3 shows the result of that analysis. My guess is that a change in equipment protocol was implemented in the that time period. The method for estimating both visibility and sky conditions changed during that same time period so it is not unreasonable to assume wind speed measurement protocols changes as well. It is also possible that the downward trend in Alaska's wind speed is related to a similar reduction in wind speed noted across the Lower 48. Several researches have previously noticed this effect and a possible attribution to a diminished thermal gradient between the equator and the poles is a sound hypothesis. The thinking is since wind is generated by the pressure-gradient force and differences in pressure are a result of differences in density (which are a result of differences in temperature), a diminish thermal gradient will result in a lower pressure-gradient force – and therefore a lower wind speed. 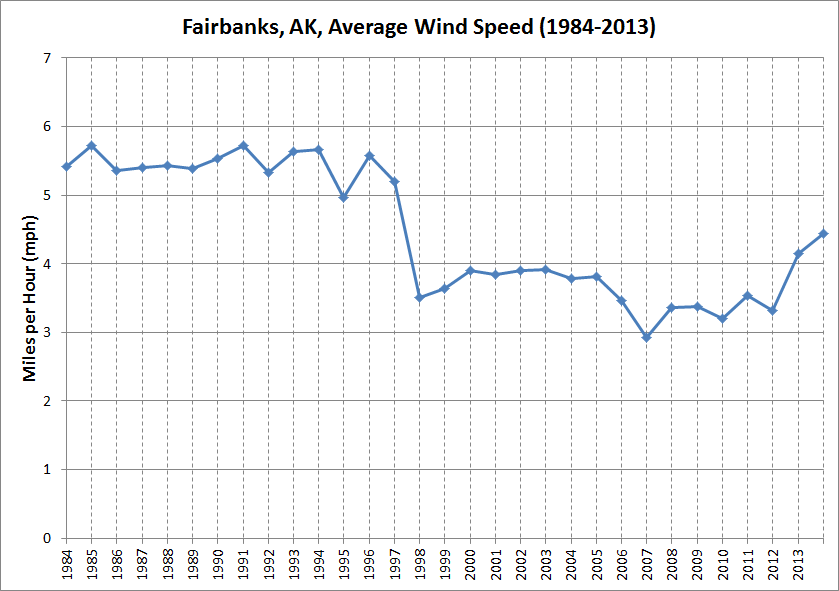 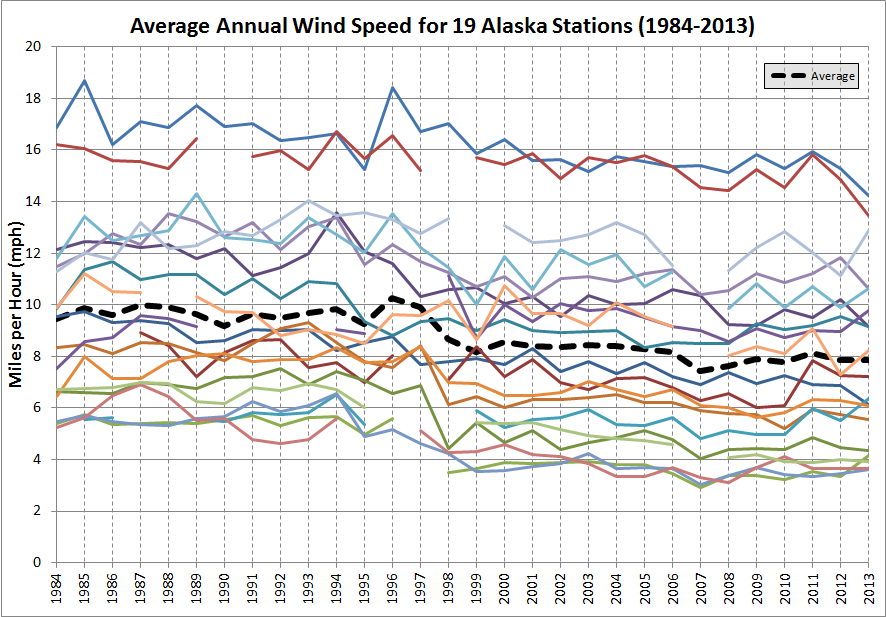 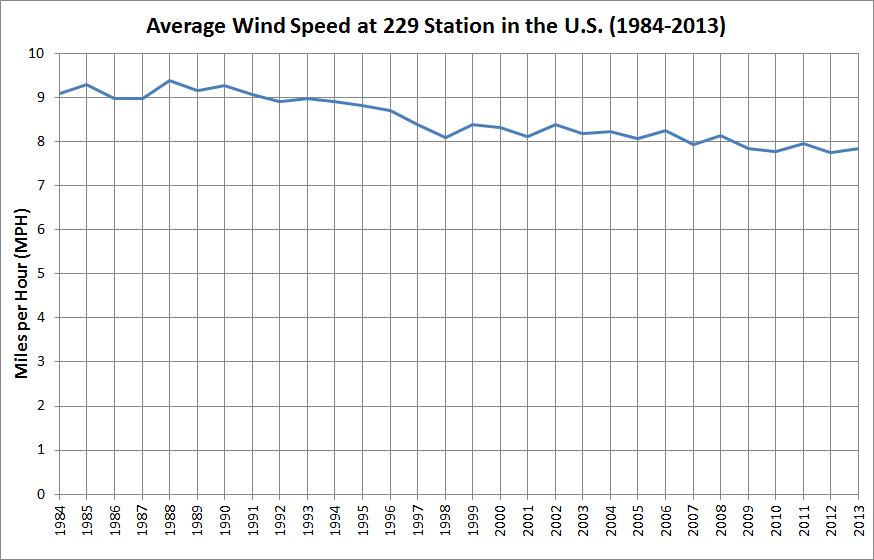 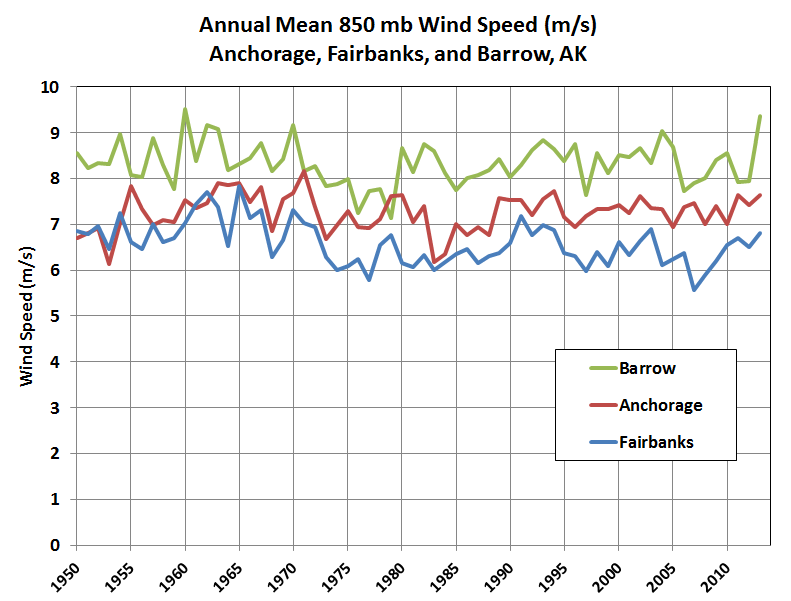 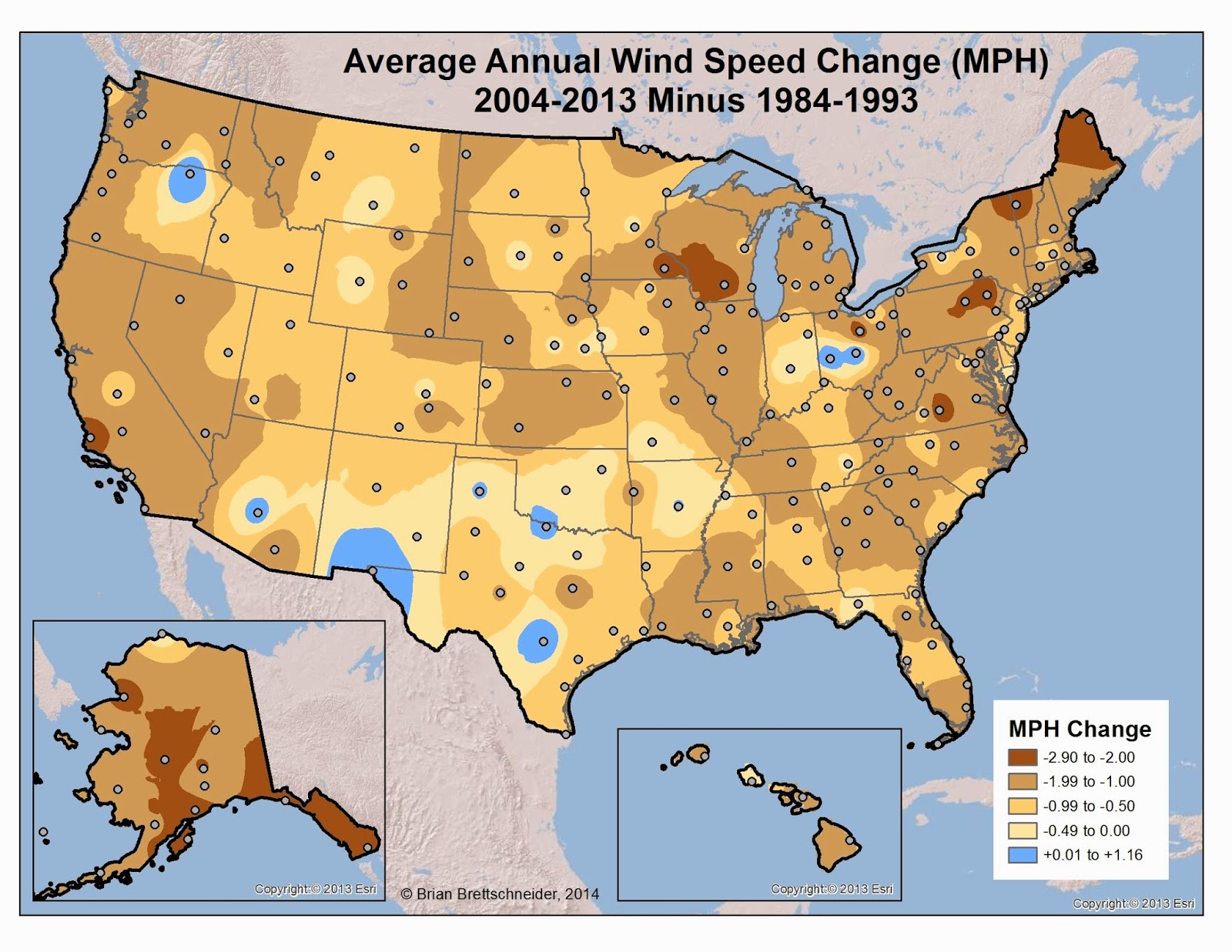 Figure 6. Change in wind speed of two 10-year periods for the entire U.S. measured in miles per hour. Note: this has not been cross-referenced for station location changes or equipment changes. 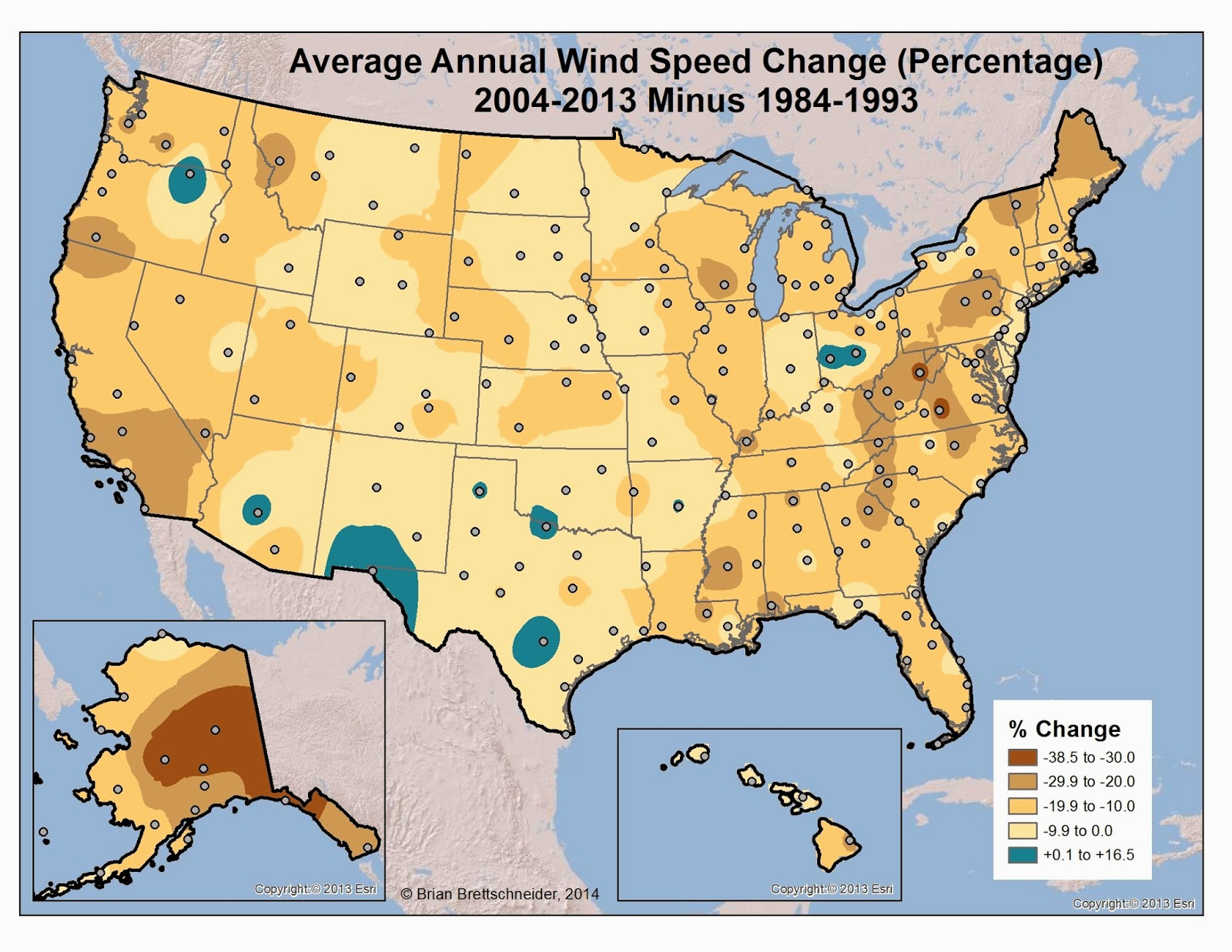 Figure 7. Change in wind speed of two 10-year periods for the entire U.S. measured in percentage. Note: this has not been cross-referenced for station location changes or equipment changes.

Email ThisBlogThis!Share to TwitterShare to FacebookShare to Pinterest
Labels: Wind