As Rick noted the other day, there has been a wide divide in the daily temperature anomalies across the State. Since October 1st, almost all of Alaska has ranged between above normal to way above normal. Figure 1 shows the average daily temperature anomaly between October 1st, 2013 and March 31st, 2013. Western Alaska in particular has been quite warm. This is in stark contrast to the Lower 48. Figure 2 shows the temperature anomaly for the same time period for the entire U.S. (Note: the color scale for Alaska is different). 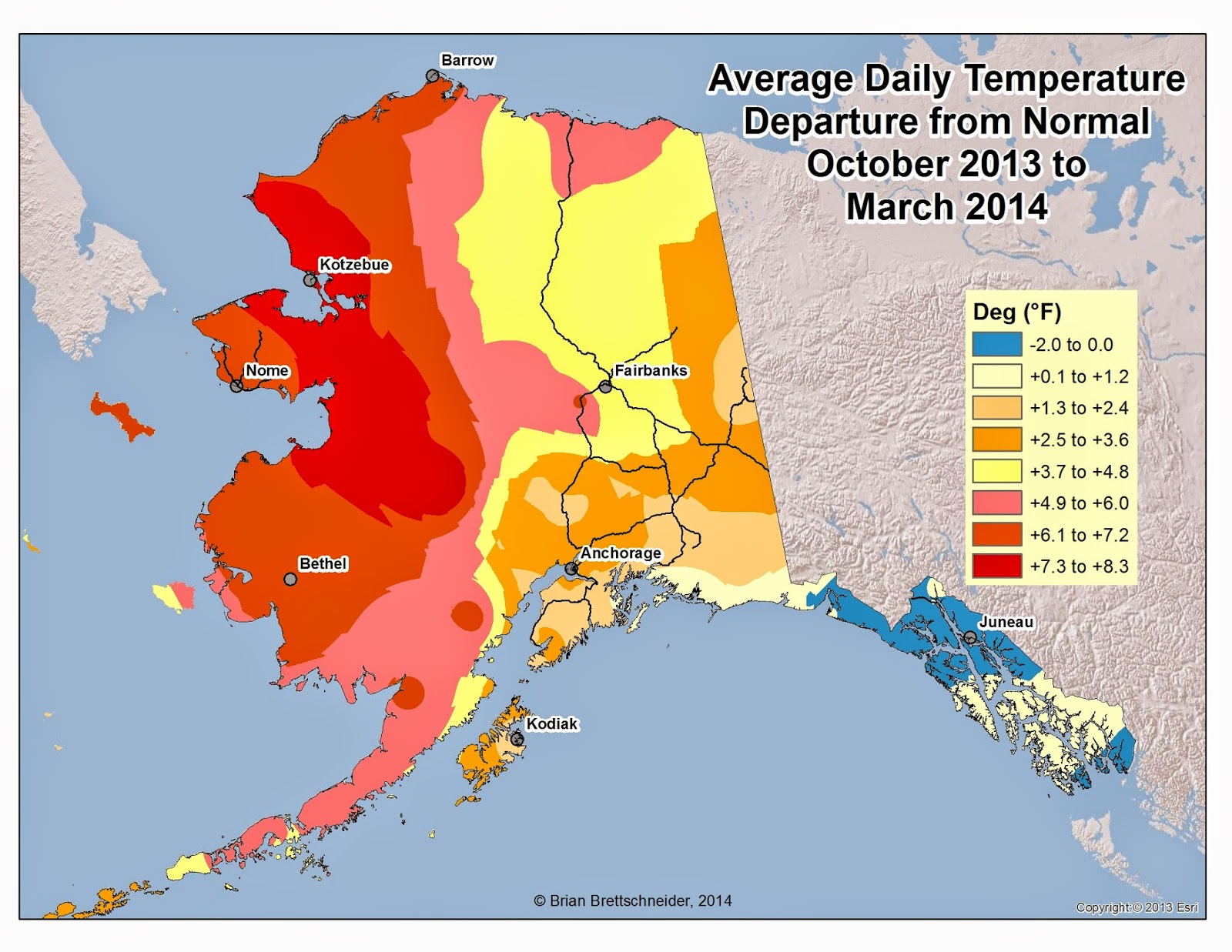 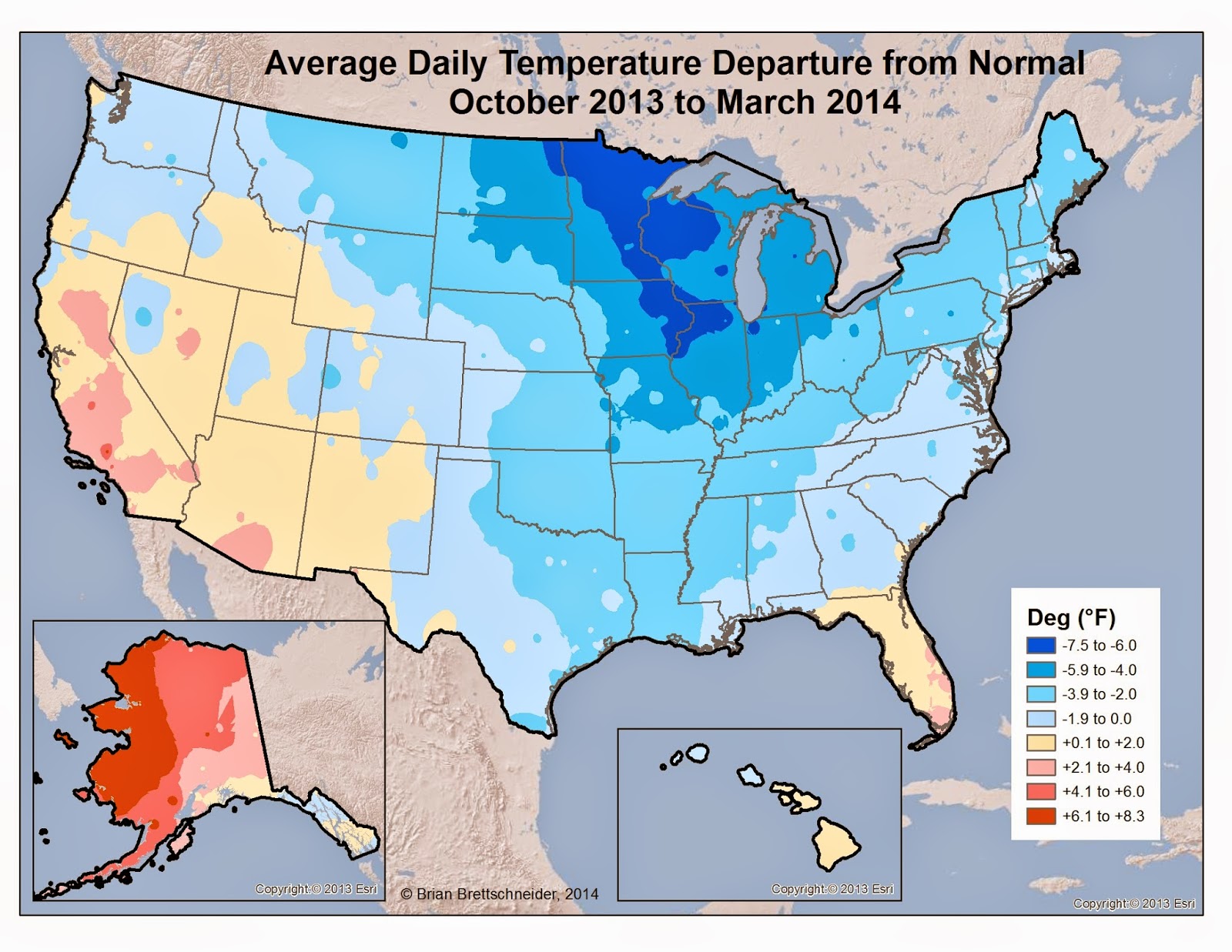 Figure 2. October through April temperature anomaly for the entire U.S.

As noted above, Alaska was quite warm compared to the rest of the country. Figure 3 shows the list of largest temperature anomalies in the U.S. from October through March. Only one non-Alaska station made the list. 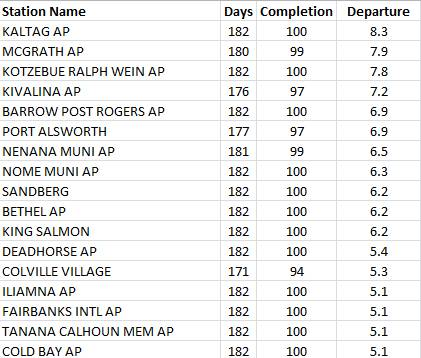 Figure 3. Table showing the stations with the largest positive temperature anomaly in the U.S. Note: Cooperative stations were evaluated for Alaska but not for the Lower 48.

Another way to look at the distribution of temperatures is to break them down by climatological thirds. By definition, a tercile is a grouping where the expected value is 1/3. The upper tercile for temperatures is the group that you expect the anomalously warmest 1/3 of your days to fall into. The lower tercile is the 1/3 of days you expect the anomalously coldest 1/3 of your days to fall into. The middle tercile is the 1/3 of days that hover around the daily normal. If temperatures are normally distributed, over long time periods you would expect that 33% of days would fall within each tercile. Figure 4 shows the tercile breakdown for 10 geographically diverse stations across Alaska from October 1st to April 18th (200 days). Amazingly, Cold Bay has been in the upper tercile over 70% of the time! 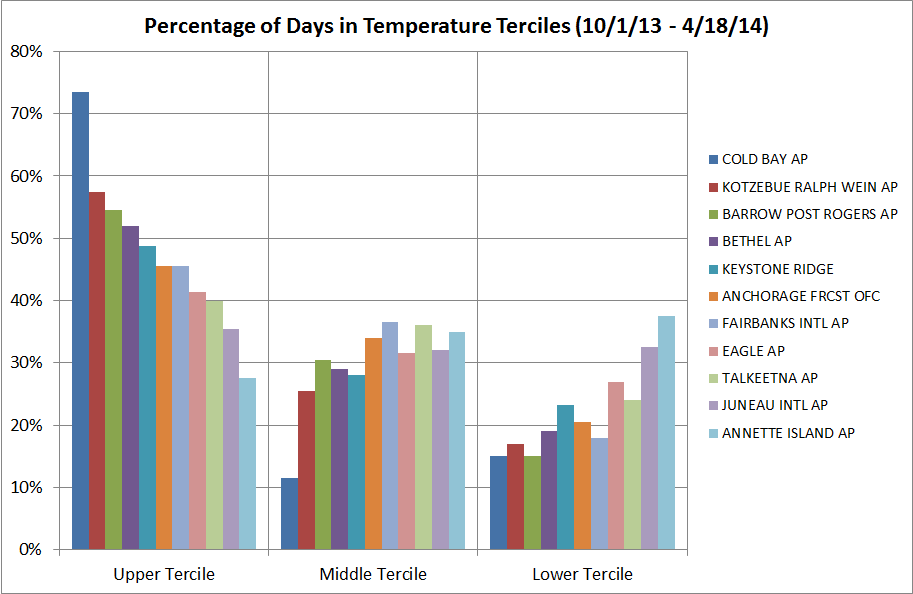 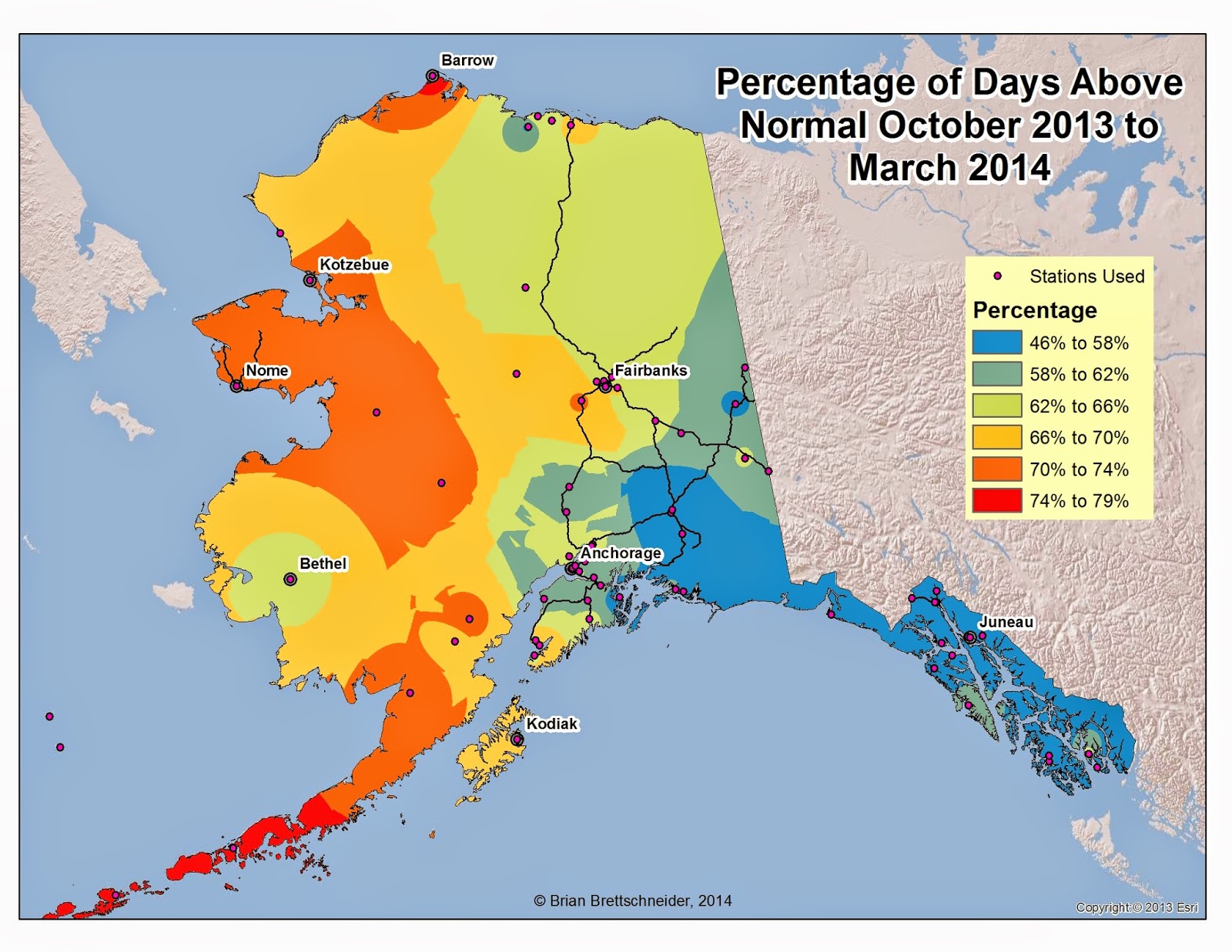 Figure 6. Percentage of days from October through April in Alaska that were above normal. 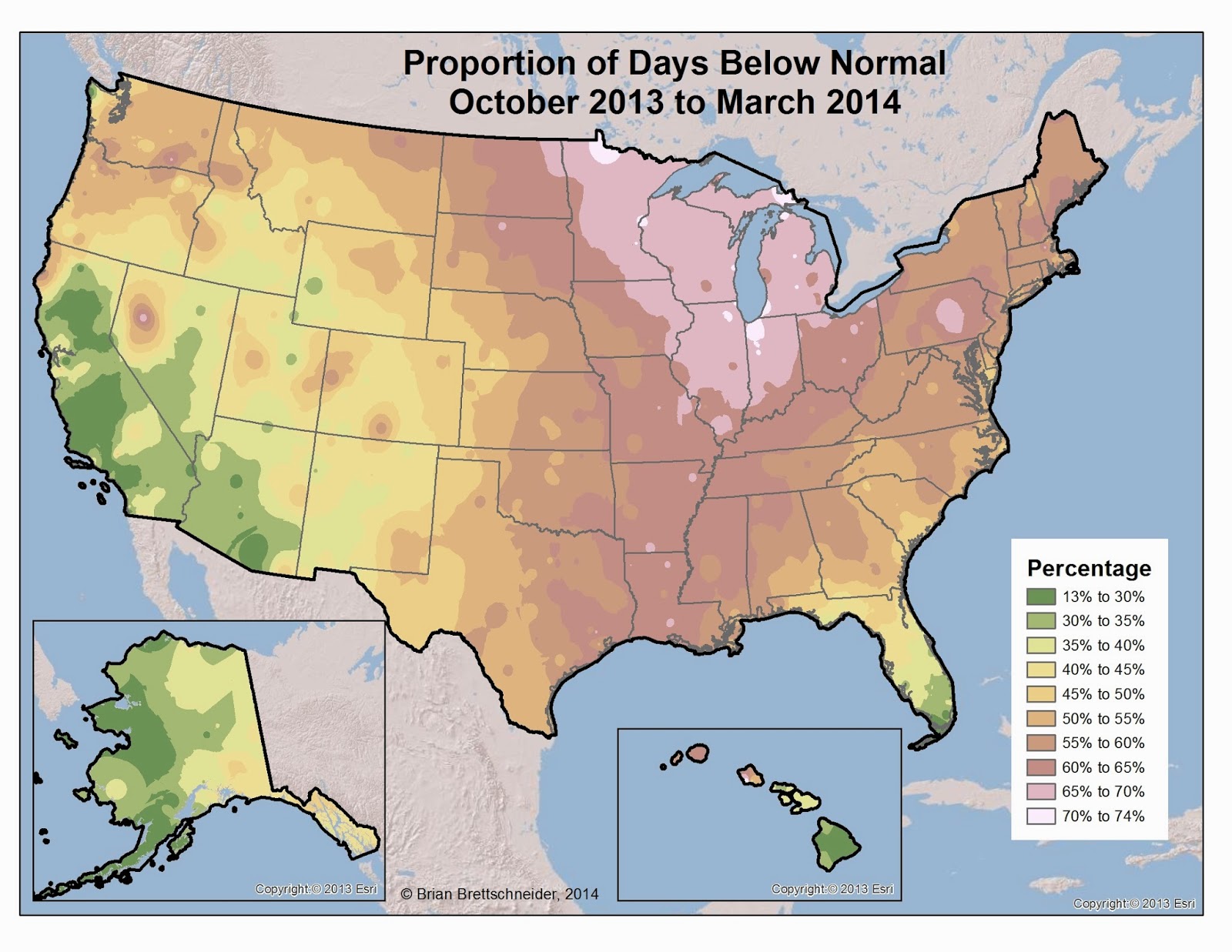 Figure 7. Percentage of days from October through April in the entire U.S. that were below normal. 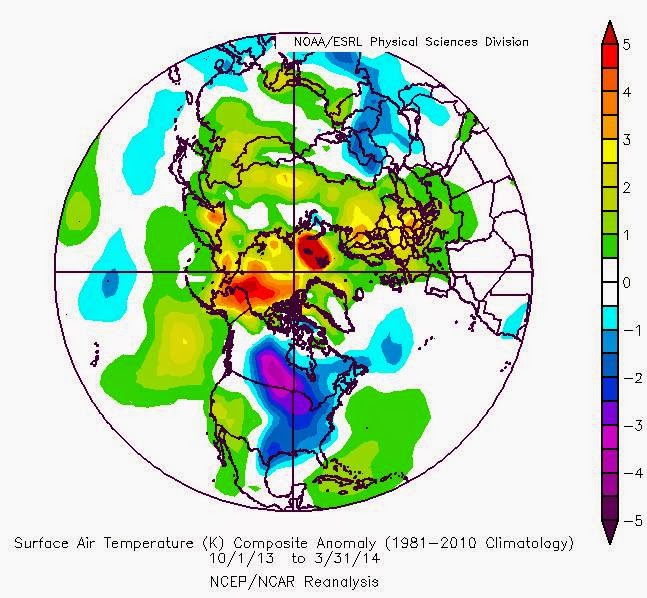 Figure 8. ESRL reanalysis of October through March temperature anomalies in the Northern Hemisphere. Units are in degrees Celsius.