Southerly flow ahead of the Bering Sea storm has brought an intense chinook and very warm conditions to interior Alaska in the past two days, and if you thought records were being broken, you were correct.

At Delta Junction, yesterday's midnight-to-midnight low temperature was in the 60s °F, probably 63 or 64 °F (the official value is not reported yet), and this is a record for September - the previous record highest low temperature for the month was 60 °F in the great chinook of late September 1995.  The latest in the year that a low temperature as high as 63 °F has been reported before was August 28, 1989 (with mostly complete data back to 1943).

The lack of nighttime cooling in the Delta Junction area was of course associated with high winds, which were sustained near 30 knots and gusting over 40 knots for many hours yesterday.  The National Weather Service reported many high wind observations, including a gust of 76 mph from a station 11 miles SSW of Fort Greely.  Blowing dust was reported yesterday and Friday on the METAR observations from PABI; this is confirmed by some FAA webcam photos that I saved yesterday afternoon: 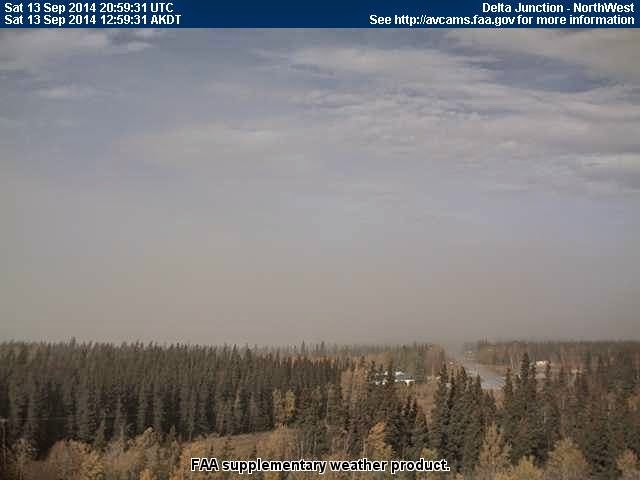 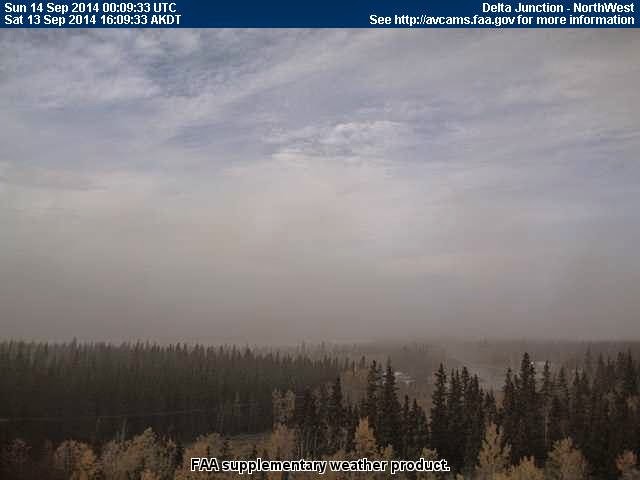 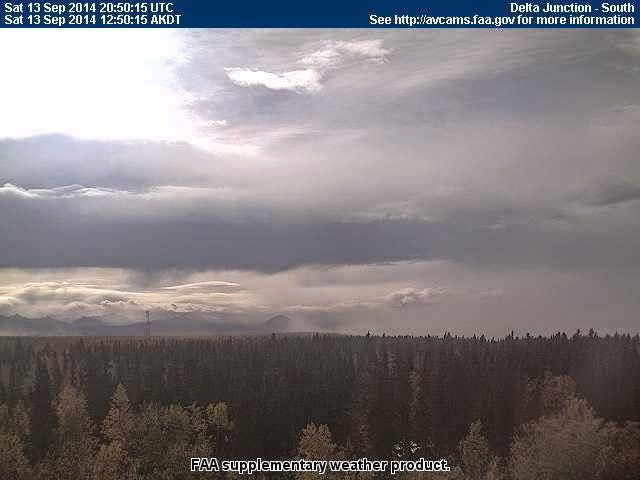 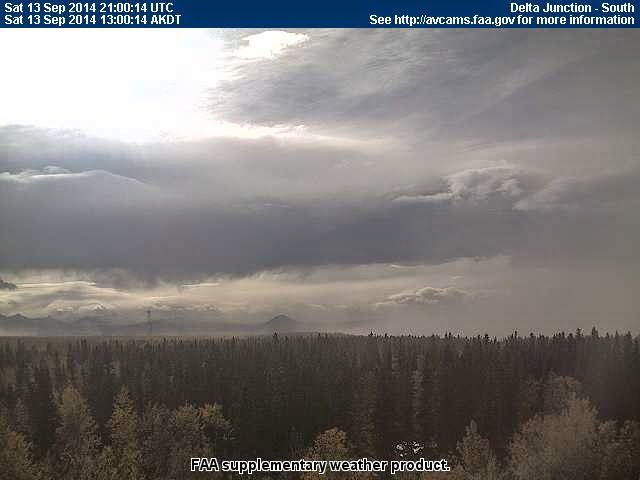 At Fairbanks the high temperature of 74 °F yesterday tied the record for the date, but the warmth was not as extreme as in the 1995 chinook, which took temperatures to 78 °F in Fairbanks on September 21.

Yesterday's low temperature in Kotzebue was 52 °F, which ties the record from 1933 for warmest low temperature ever observed so late in the season.  The high temperature of 65 °F on Friday set a new record for the date, but in terms of absolute anomaly this event again falls short of the 1995 event, which brought 66 °F to Kotzebue on September 21.

Posted by Richard James at 5:09 AM