Summer 2014 will long be remembered in the Interior for the amount of rain that fell. Most stations around Fairbanks had their wettest summer on record. Bettles had their second wettest summer and their greatest number of days with measurable precipitation. In addition to the moisture, the temperatures were generally a degree or two below normal. Those are all surface based statistics. How did the upper levels look?

Figure 1 provides a point-specific summary of conditions for the Fairbanks upper level balloon soundings. For all categories, the 2014 temperatures were slightly below the normal value. Somewhat surprisingly, the precipitable water (PW) value was also slightly below normal. This phenomenon was discussed earlier in the summer. A summary can be found here. 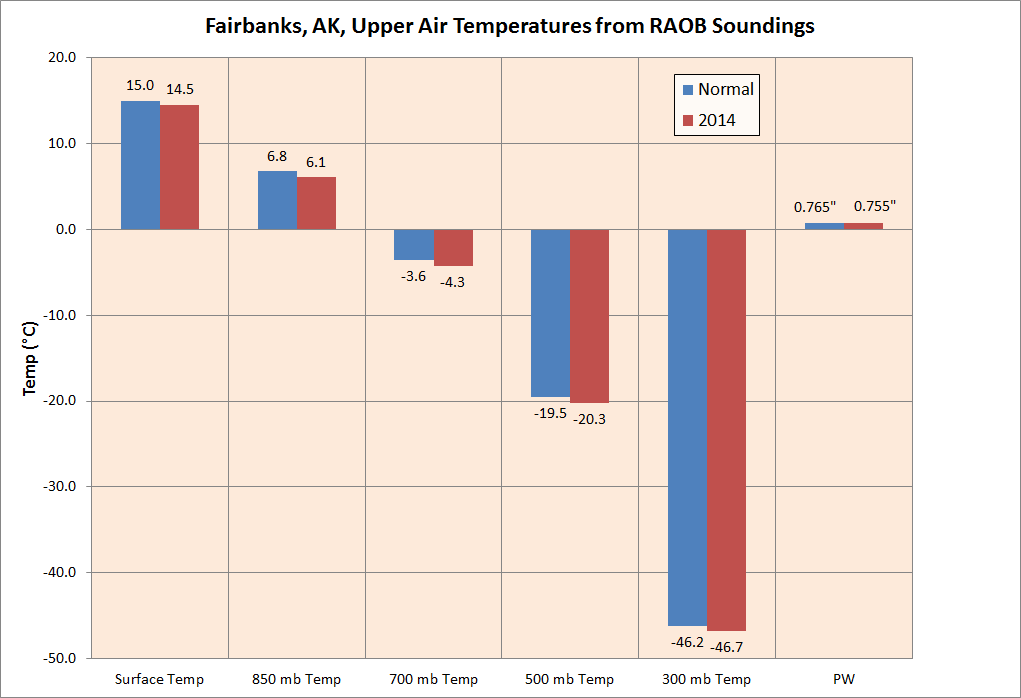 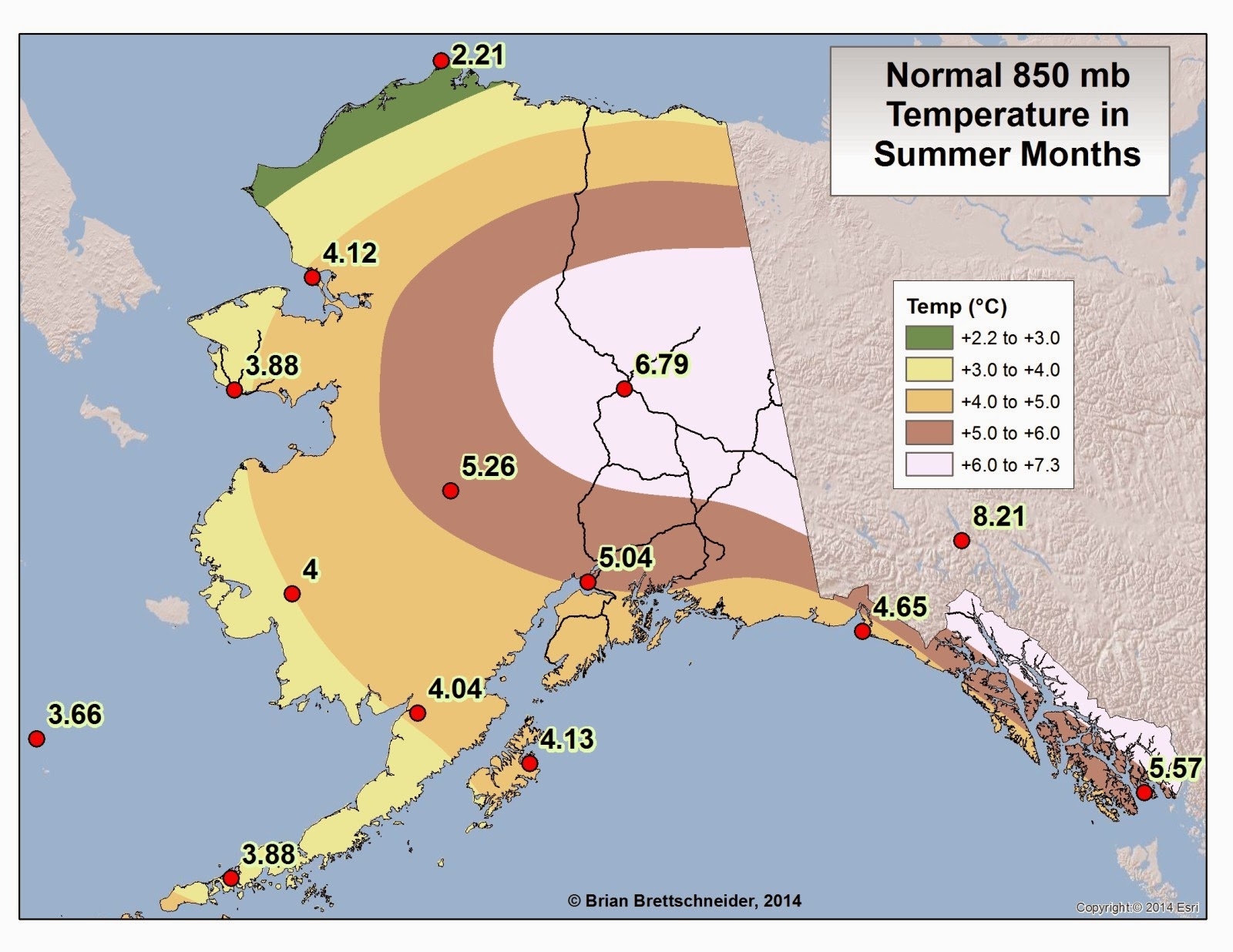 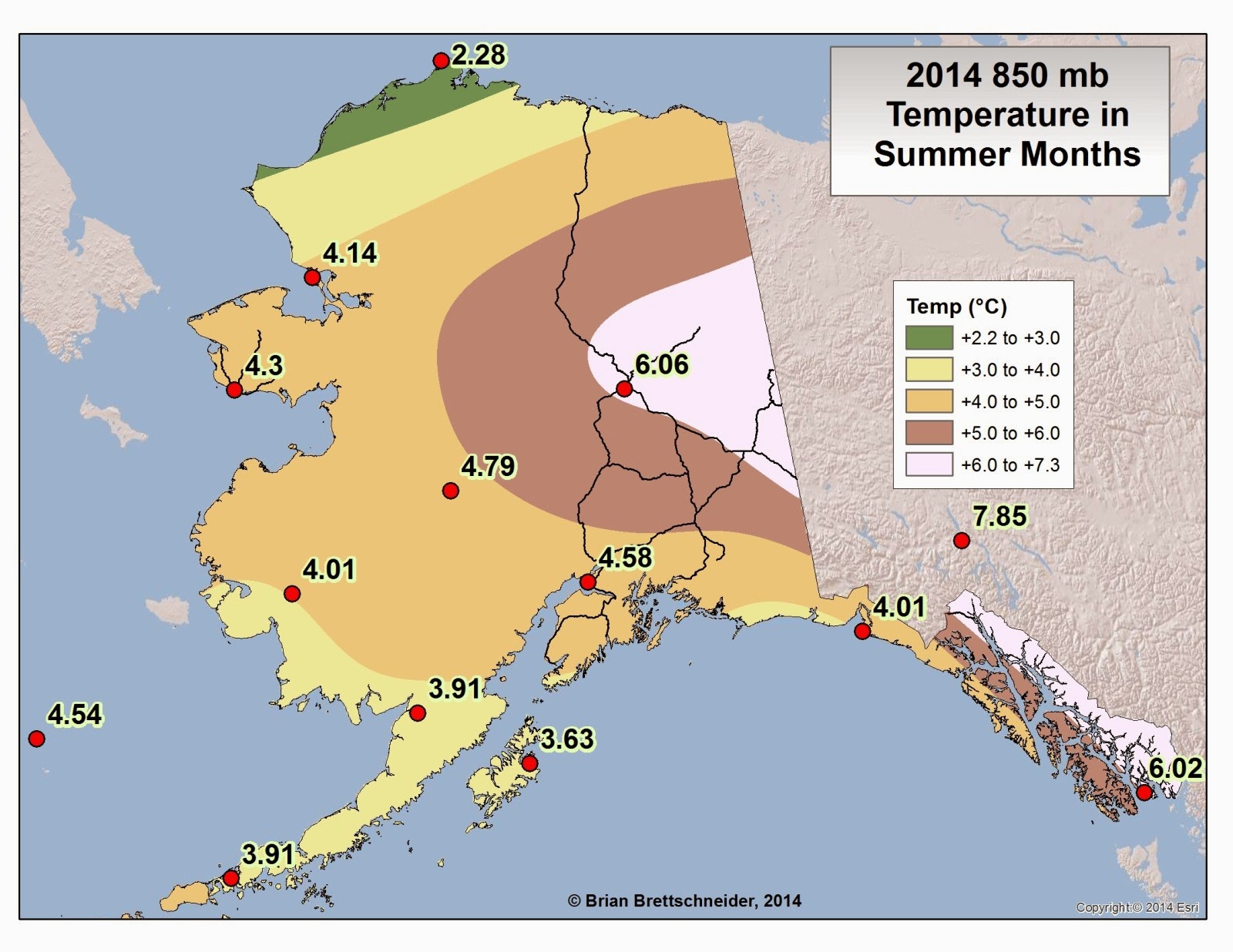 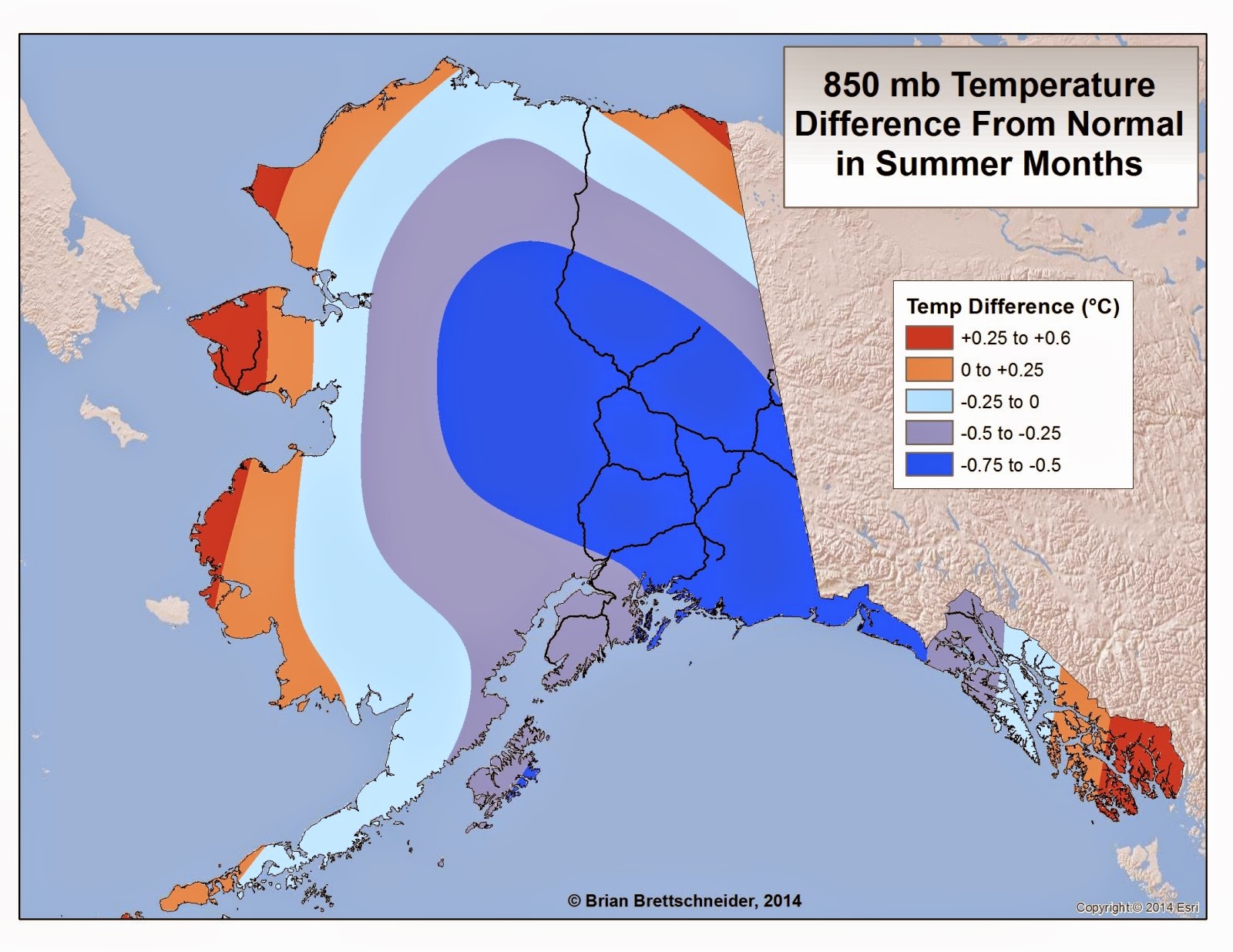 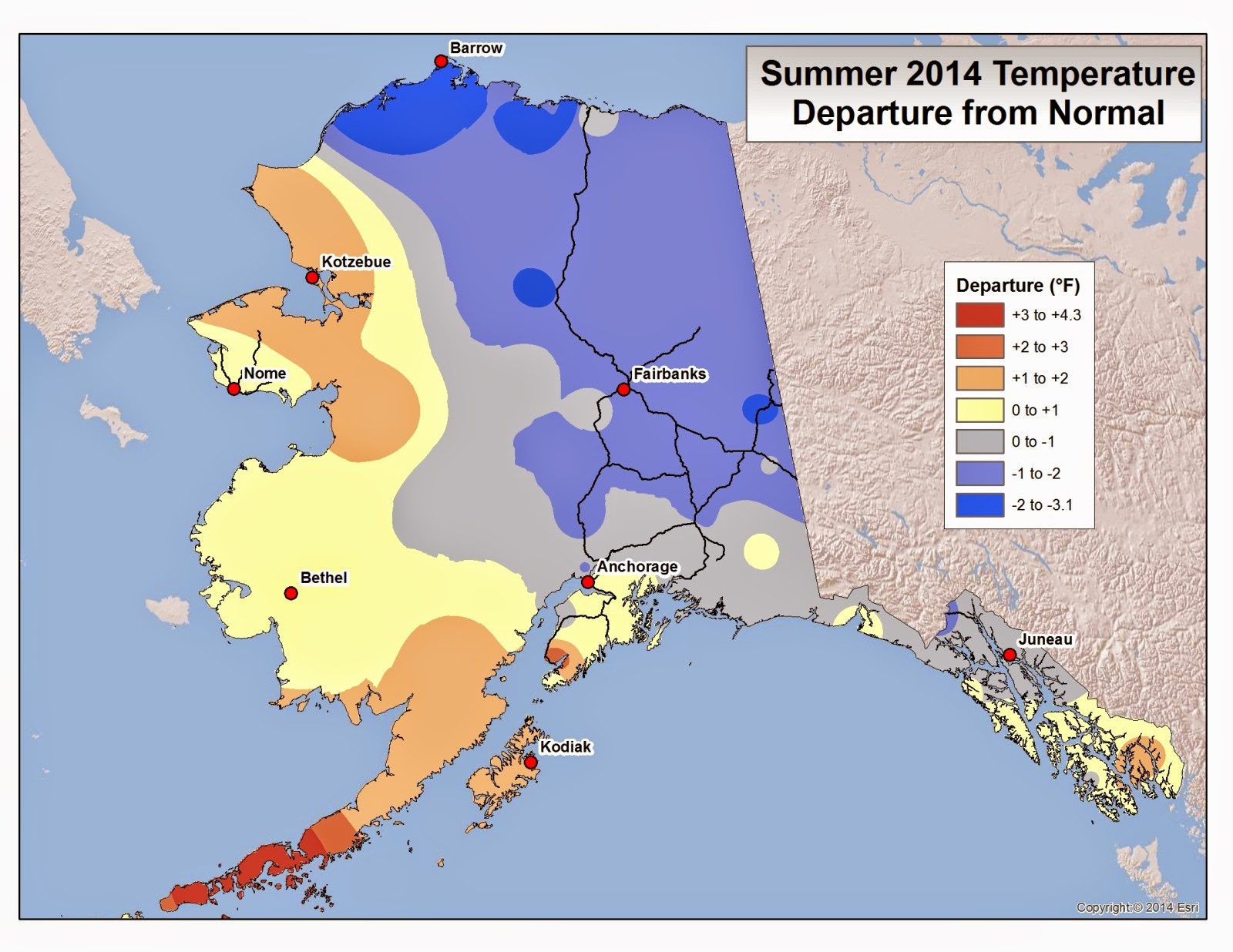 At the 500 mb level, we see a similar pattern; i.e., most of Alaska was cooler at 500 mb except for Nome, Annette Island and St. Paul (see Figures 6 and 7). Again, Cold Bay and Kotzebue were extremely warm this summer but at 500 mb they were below normal. This would seem to indicate that their atmosphere was more unstable (steeper lapse rates) but both stations were below normal for the summer. 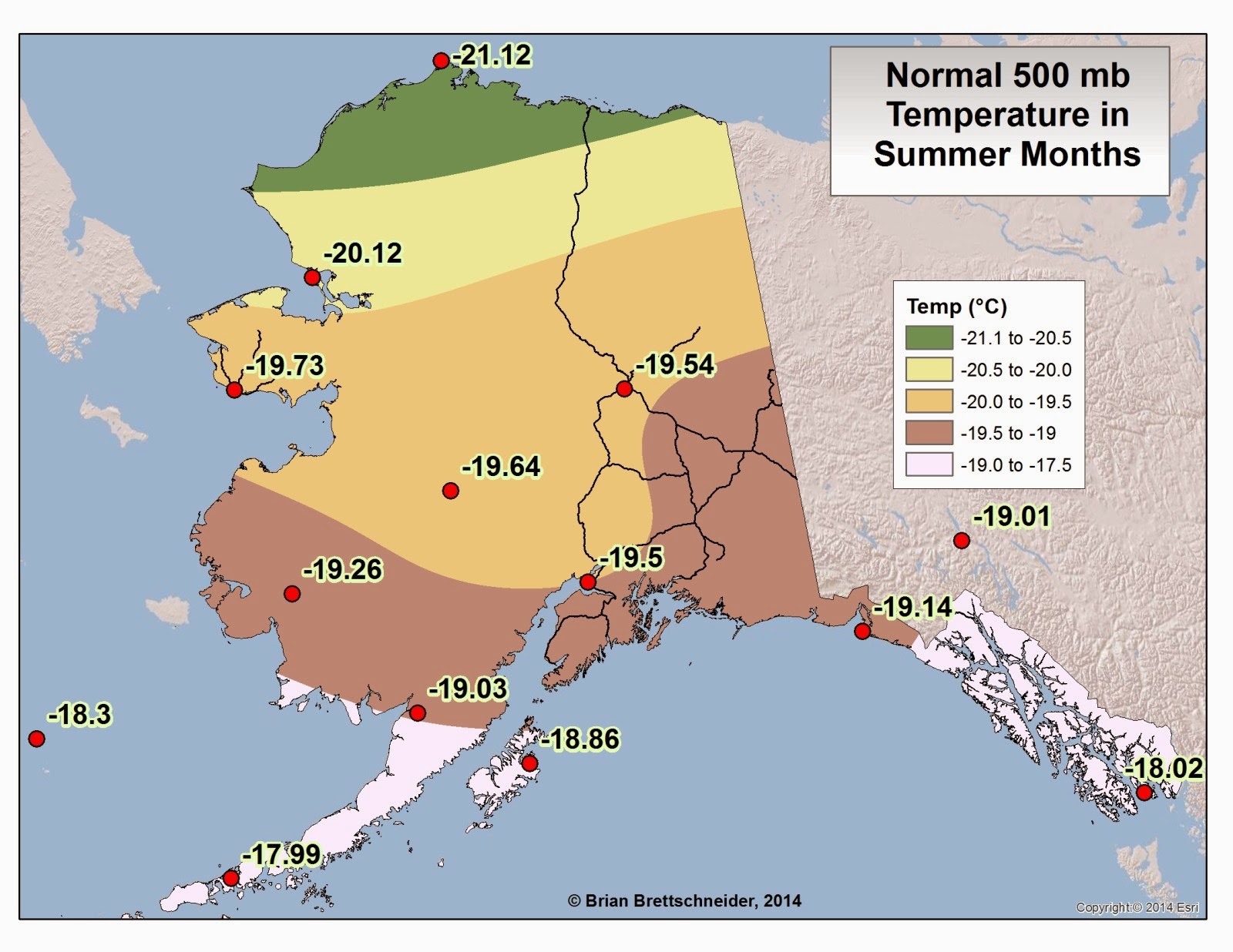 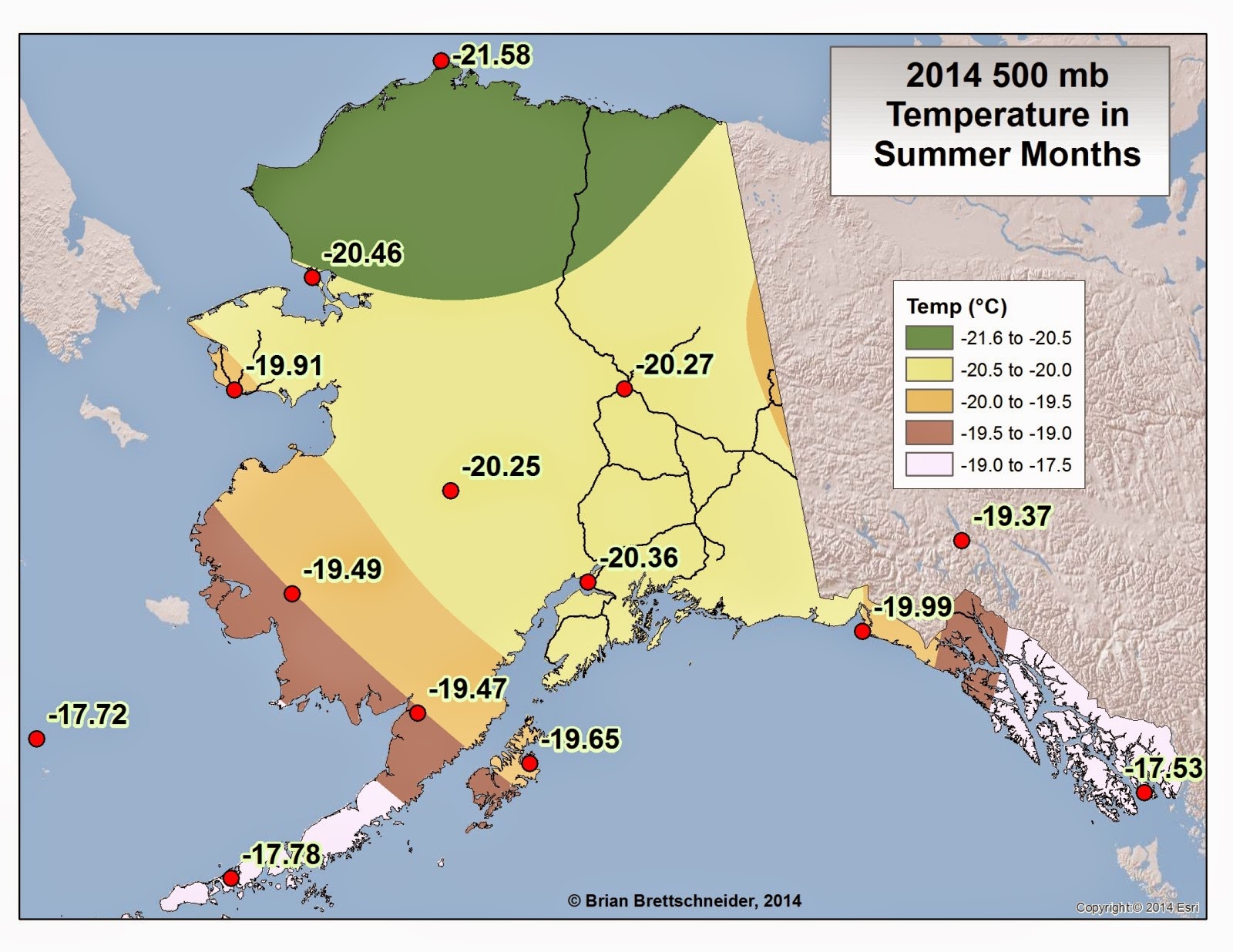 Part II of this post will look at the precipitable water values statewide and how well it correlated to observed precipitation.