It doesn't get any better than this in mid-September in Fairbanks: mid-70s F, abundant sunshine, and light winds.  Fairbanks International Airport is reporting 76 °F, which is higher than the normal high temperature at the climatological peak in early July.  It's also just two degrees shy of the warmest ever observed so late in the season.

The scene at the Golden Heart Plaza is simply glorious: 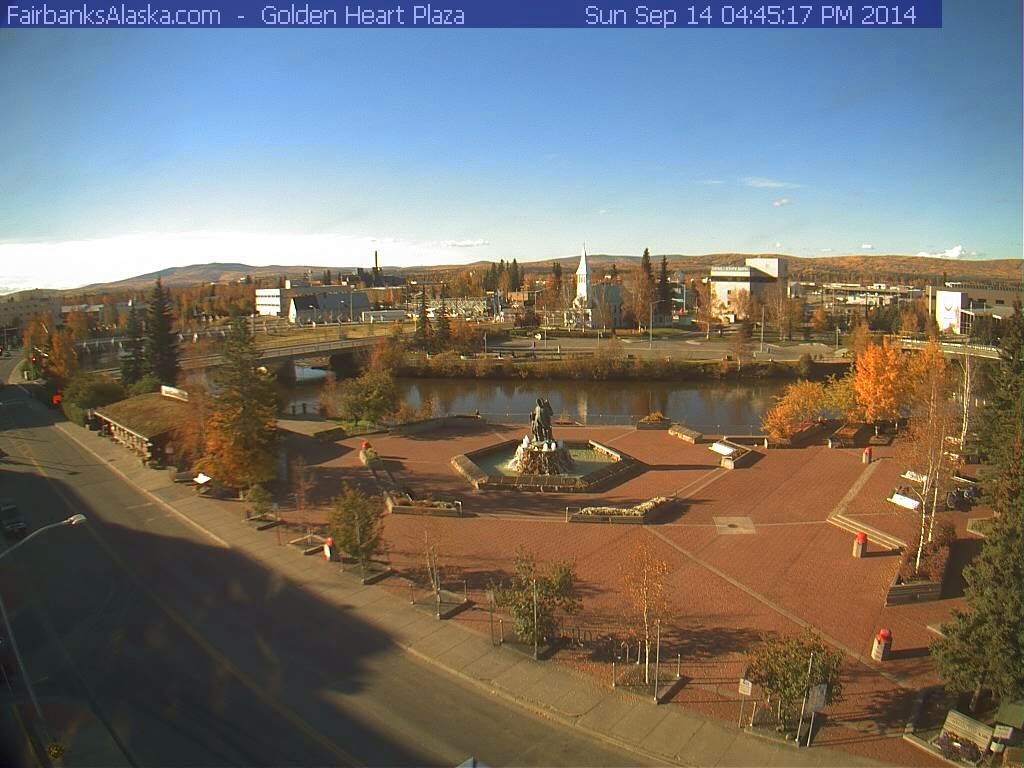