This is a follow-up to last month's post on the seasonal Arctic sea ice minimum, which occurred on about September 17 based on spatial extent.  It's worth looking also at estimates of sea ice volume, thickness, and age, to see how this melt season compared to recent years.

First, volume: the University of Washington's Polar Science Center uses a numerical model to estimate Arctic sea ice volume based on various observations and calculation of known physical processes.  There is obviously a good deal of uncertainty in the volume estimates, but the results are a lot better than nothing.  The chart below shows the monthly mean volume estimates for April and September since 1979 (blue and red lines) along with the difference, i.e. the estimated volume of melt from April to September. 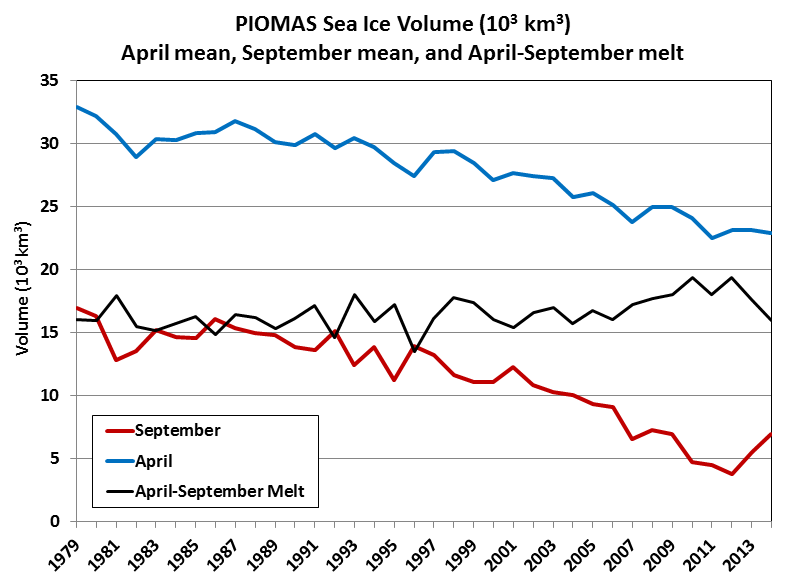 We see that the estimated volume in September increased this year for the second consecutive year and reached a level similar to 2009.  However, the volume remains very much below the volume of earlier decades, and the volume in April 2014 was comparable to the lowest values of recent years.  The relatively small difference between April and September this year indicates that the amount of melting this summer was significantly smaller than in recent years; in fact the melt volume was less than the 1981-2010 average.  It will be interesting to see if this translates into any recovery in April ice volume next spring.

The PIOMAS estimated ice thickness is shown in the following chart from U-Washington.  It's interesting to note that the estimated thickness this summer was considerably higher than in the past four years, which are closely clustered together at the bottom of the chart.  If the model is correct, this suggests that ice thickness remained very low during the 2013 recovery in ice extent; and but this year has seen a recovery in ice thickness, although total extent remained similar to 2013. 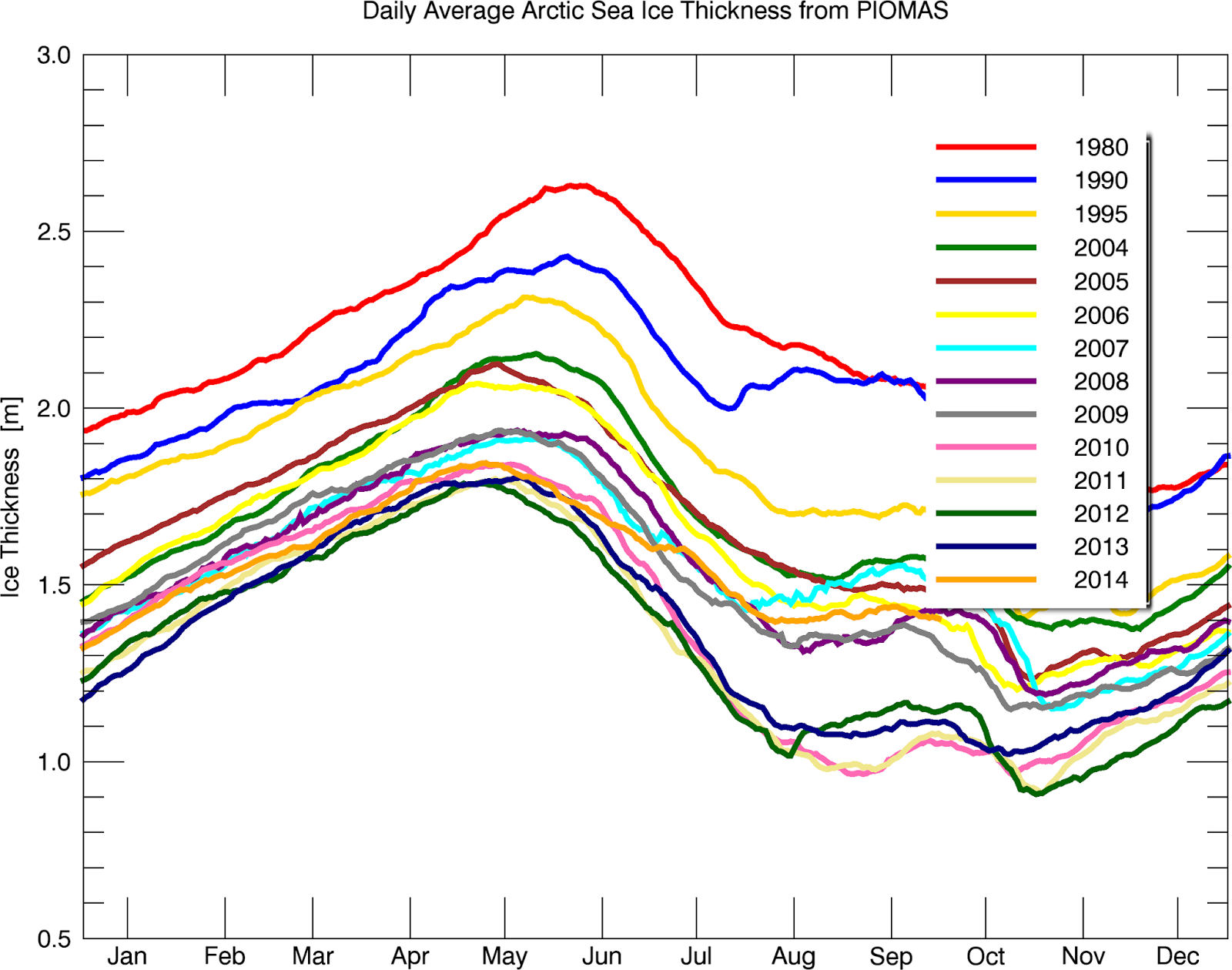 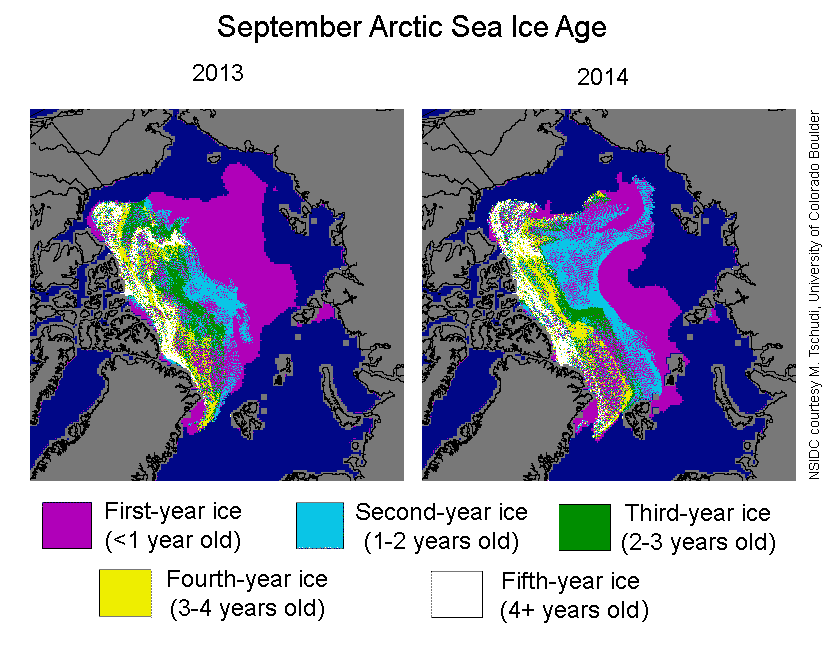 The extent of 3+ year-old ice appears to be similar to last year, but there was more second-year ice this year in September.  This indicates that a significant fraction of last year's first-year ice (formed in the winter of 2012-2013) survived through its second summer, and this appears to be perfectly consistent with the volume and thickness changes shown above.