I'm away from the office this week, without access to my usual tools, so here's just a simple update on temperatures since spring for several interior and northern locations.  At Fairbanks, McGrath, and Bettles, the very persistent and unusual warmth of winter and spring finally came to an end in mid-May, and temperatures have bounced around either side of normal since then.  Of the 3 locations, Bettles has been coolest relative to normal, with marginally below-normal temperatures on average since June 1. 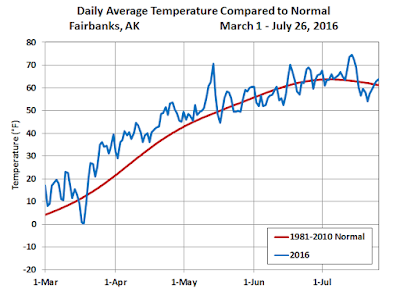 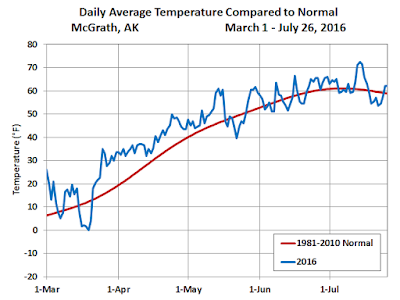 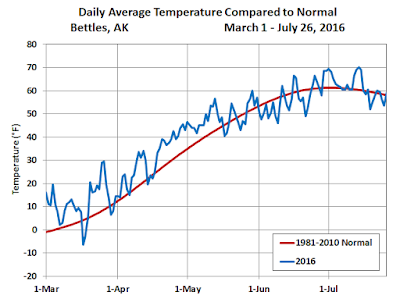 Up in Barrow, a few below-normal days started showing up in mid-June, but it has remained generally warmer than normal this summer; and in Kotzebue the summer has been very warm so far (4.4°F above normal since June 1).  The warmth in the northwest is closely related to the extraordinary warmth of the ocean surface in the Bering and Chukchi Seas (see map below); until this large ocean area cools off, there won't be much in the way of below-normal temperatures in western Alaska.  Unsurprisingly the CPC's latest seasonal forecast has a very high probability of warmer than normal conditions in western Alaska for August through October (also shown below). 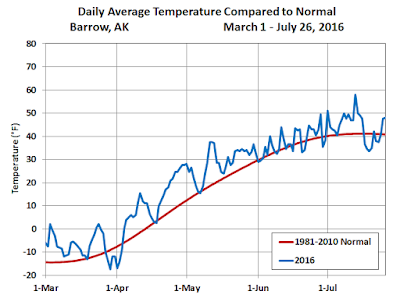 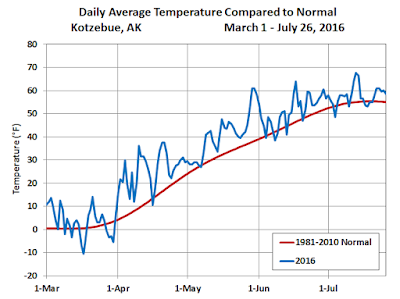 Posted by Richard James at 5:01 PM