An enormous kink in the jet stream over the northeastern Pacific region has brought a tremendous surge of warmth to Alaska in the past few days.  Here are a few of the notable temperature and rain (not snow!) amounts:

The rain eliminated the snow cover across significant portions of the interior, especially in the valley-level southwest.  Here's McGrath this afternoon: 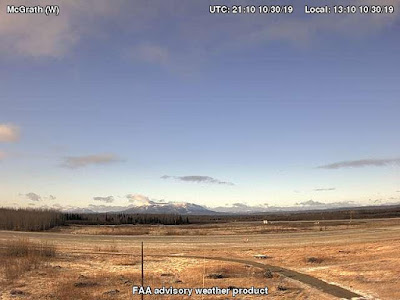 Here's the culprit in terms of the mid-tropospheric flow pattern (500mb map as of 3am AKST on Monday, click to enlarge). 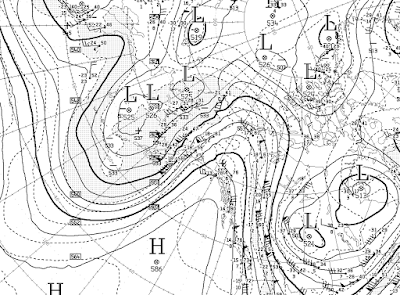 Meanwhile the shortfall of sea ice in the Chukchi Sea is becoming more and more anomalous, as ice growth continues to be very slow indeed to the northwest of Alaska.  Here's an updated chart showing Chukchi ice extent compared to the range of previous years in the satellite era: 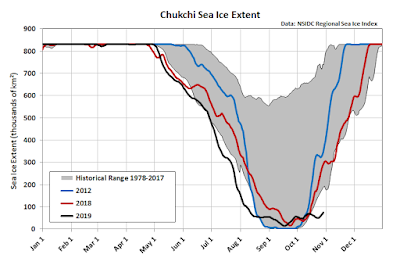 Similar to early August, the basin is back to less than 50% of the previous record low ice extent; all previous years (1979-2018) saw more than twice as much ice on this date.

The previous record low for the date was in 2007; here's a comparison of the daily ice extent maps from the two years (rotated for convenience): 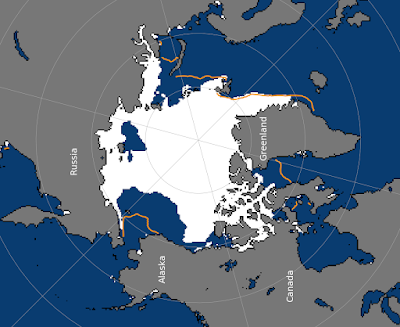 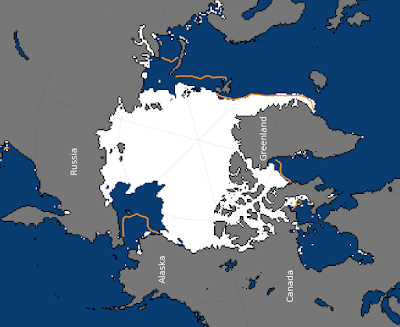 And for comparison, 2012 (the record low Arctic-wide minimum) and 2016 (which took over the previous record low for the Chukchi in early November). 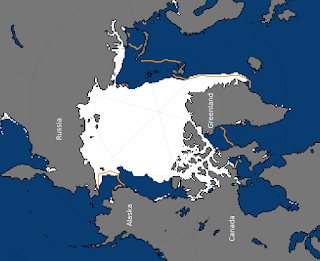 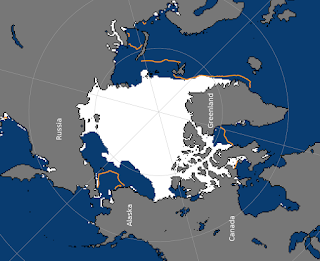 Posted by Richard James at 6:55 PM