As befits the date on the calendar, snow cover has started expanding across Alaska, with many northern and/or elevated locations now seeing a light covering.  This afternoon's land cover classification image from the Suomi polar orbiter is obscured by cloud cover across much of western Alaska and parts of the North Slope, but nevertheless the image clearly shows some snow on the ground in much of the north (except the Yukon Flats) as well as the Yukon-Tanana uplands. 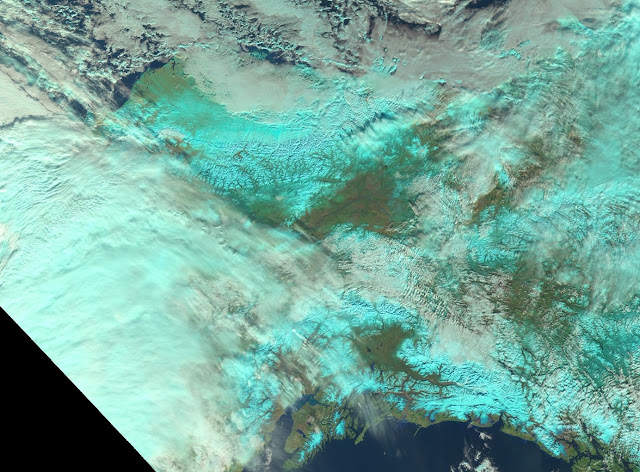 FAA webcams revealed a pretty scene in Bettles this morning, where the temperature dropped to a chilly but not unusual +7°F. 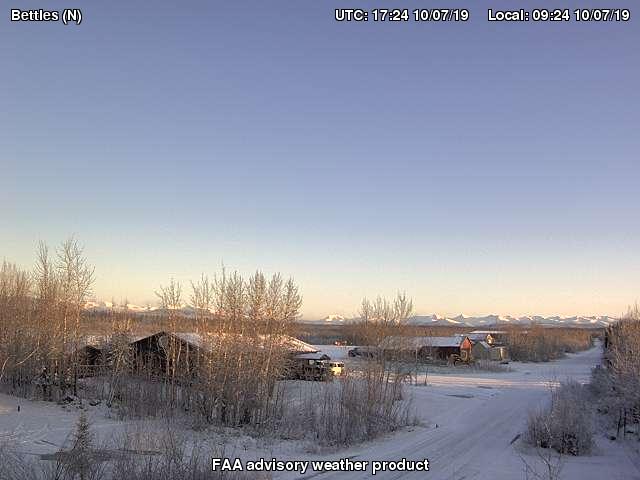 Up in the northeast at Arctic Village, things are starting to look wintry as well, with a covering of ice on the ponds. 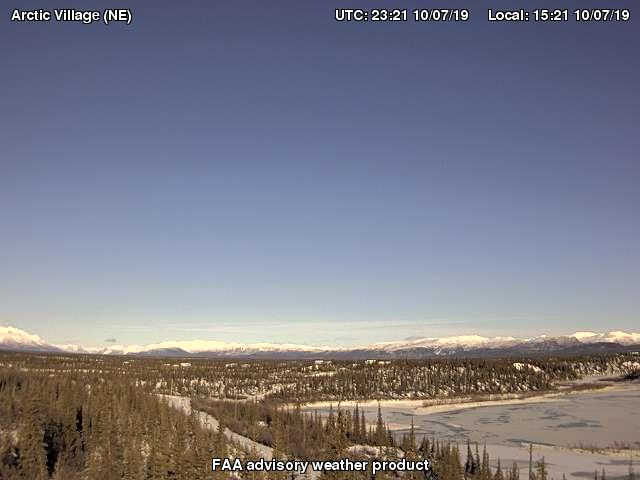 But perhaps surprisingly, Toolik Lake (on the north side of the Brooks Range) is not yet frozen over despite some rather chilly weather in the last couple of weeks. 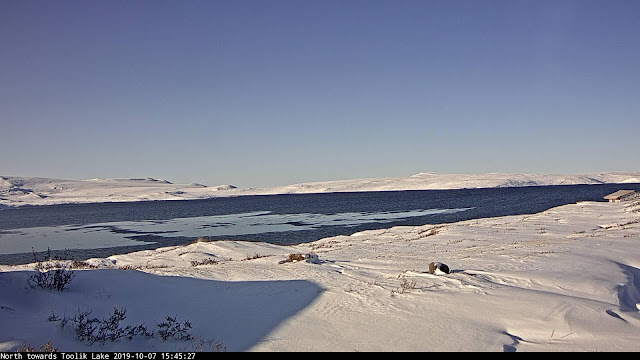 Moving farther north still, Teshekpuk Lake shows no sign of any ice yet, and the same appears to be true of the smaller lake that's visible on the webcam at Inigok: 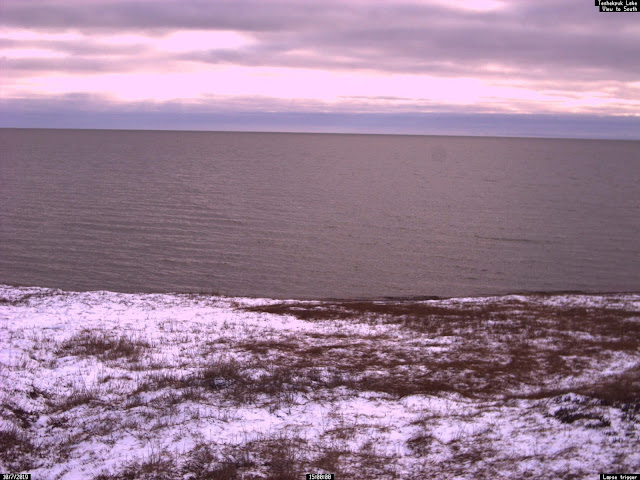 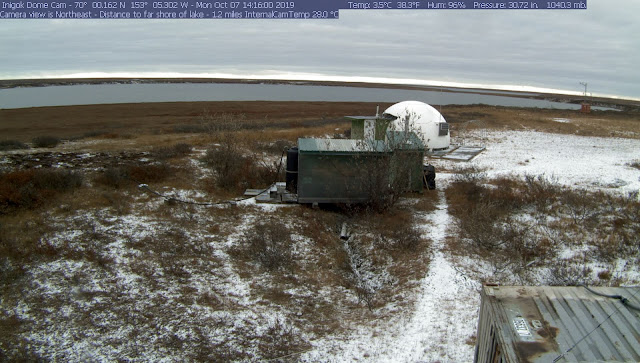 And finally, today's climate report from Utqiaġvik stated that there was zero snow on the ground, although the webcam view from earlier today suggests this may not be accurate (or is no longer true): 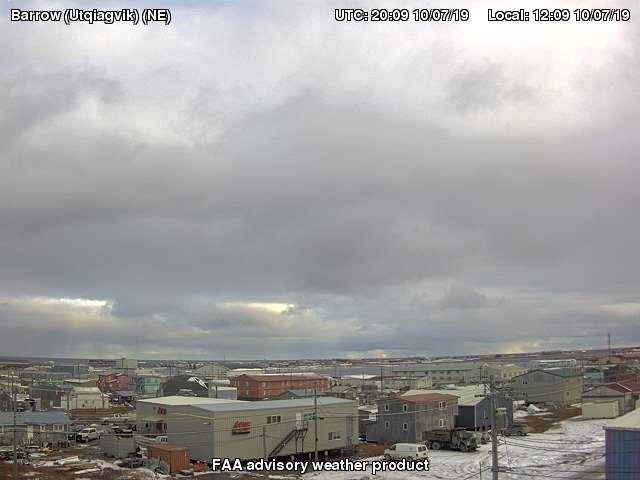 A couple of weeks ago I mentioned that the first measurable snow of the season has never occurred in Fairbanks earlier than in Utqiaġvik, but this year there has at least been a tie, and Fairbanks may in fact have been earlier (the daily snow numbers are missing from Utqiaġvik for Oct 5th and 6th).

The absence of snow in the north until now is not because it's been dry; Utqiaġvik had nearly an inch of precipitation in the second half of September, but it nearly all fell as rain (there was just a trace of snow).  The average temperature for September was easily the highest on record, exceeding 40°F for the first time on record, and every single day had a daily mean temperature above freezing (also for the first time).  Previously the latest arrival of a sub-freezing daily mean temperature was September 30, 1998, but Utqiaġvik has yet to see such a day this autumn.  And so the warmth in Alaska's far north continues to break records as the trend of recent years persists apparently unabated. 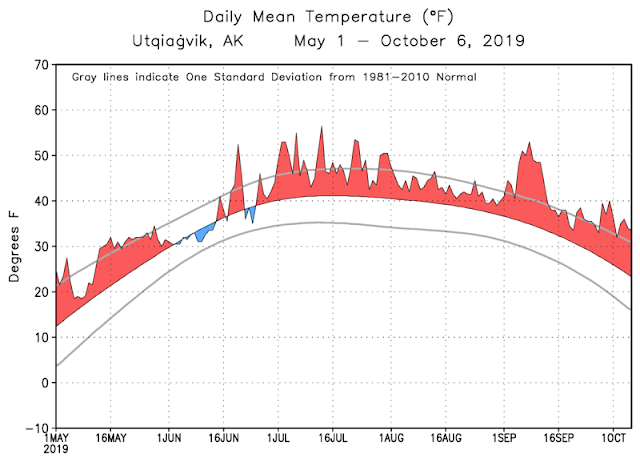