Following up on Rick's post yesterday, it's interesting to look at the analysis charts from last week's snowstorm in the upper Tanana valley.  Maps shown below are courtesy of Environment Canada's analysis page:

The fundamental cause of the event was a very strong upper-level trough that migrated eastward and slightly southward from the central Bering Sea across southwestern Alaska to the northern Gulf of Alaska.  Below are 500mb maps from 3am AKST Thursday, 3pm Thursday, and 3am Friday; the "x" symbol marks the center of the upper-level low ("L").  Click to enlarge. 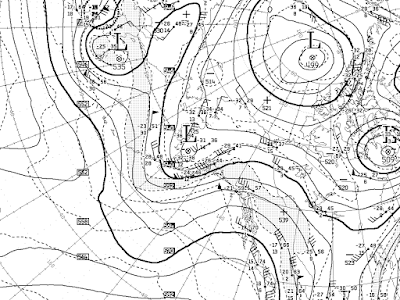 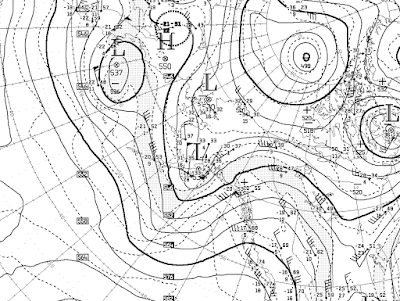 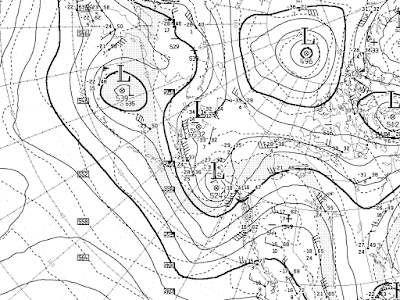 The system intensified considerably as it approached the Gulf of Alaska on Thursday, and a strong surface low pressure system quickly developed just to the south of the Alaska coastline on Thursday night, as illustrated by the surface charts from 3pm Thursday, 3am Friday, and 3pm Friday: 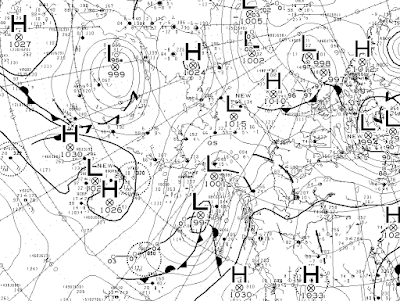 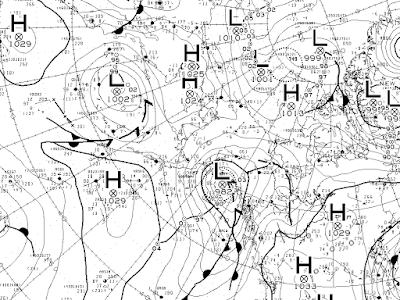 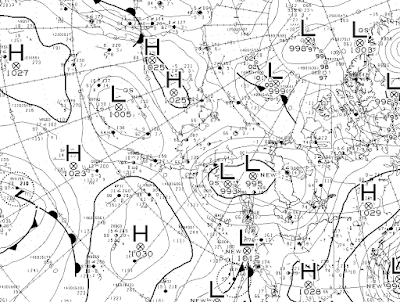 The north and northwest side of a strong low pressure system is a "good" place to be for heavy snowfall (in the Northern Hemisphere), assuming there is sufficient cold air in place; think of the coastal winter storms that occasionally affect the northeastern states of the Lower 48.  In this case, remarkably, the storm was able to produce a heavy band of snow on the interior side of the Alaska Range, i.e. in the upper Tanana River valley; this is a climatologically unfavorable area for heavy snow, because of the prevalence of dry downslope flow from the south - but this setup was very different from normal.

Rick highlighted the contrast in snow cover across the southern interior, and I too grabbed yesterday's beautiful satellite image to get a wider view.  The red dot marks the approximate location of Fairbanks (click to enlarge). 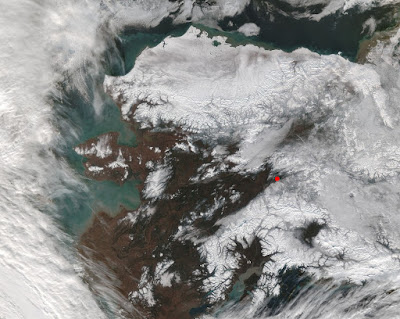 Particularly noteworthy to me are the obvious lack of Arctic sea ice - a remarkable sight for mid-October - and the still-unfrozen surface of North Slope lakes such as Teshekpuk Lake.  Here are a couple of yesterday's webcam views of Tesh Lake, showing just a little near-shore ice.  It would be interesting to take a look at observations of this summer's lake water temperature compared to previous years. 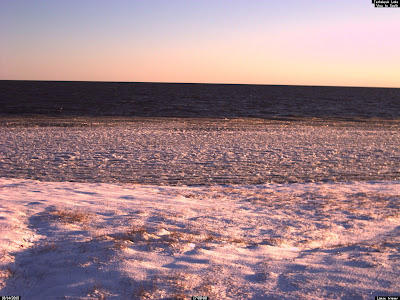 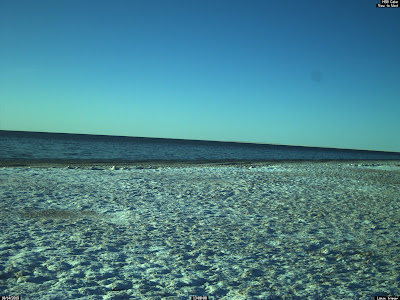 However, the situation has changed a bit today. 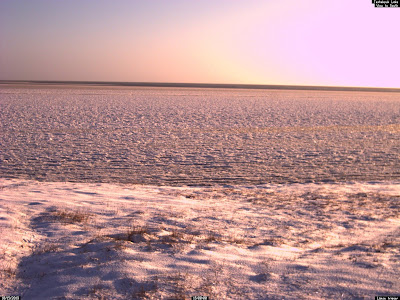 Freeze-up progress has been more substantial on Toolik Lake - recall it was still mostly open a week ago. 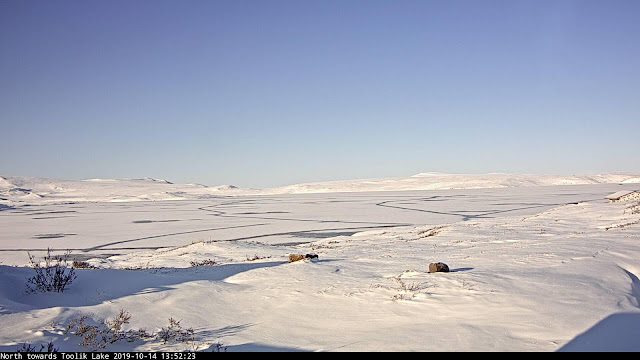 How about the rivers?  Ice was developing quickly in the Koyuk River at Norton Bay yesterday. 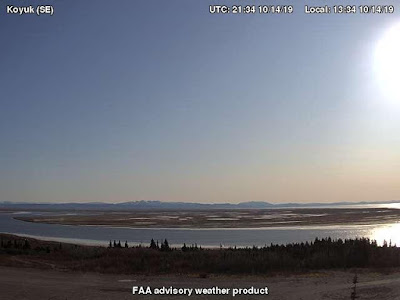 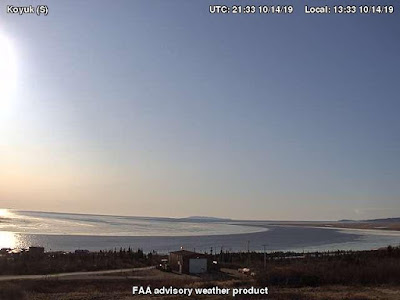 Some scattered ice is running in the Tanana River at Nenana today: 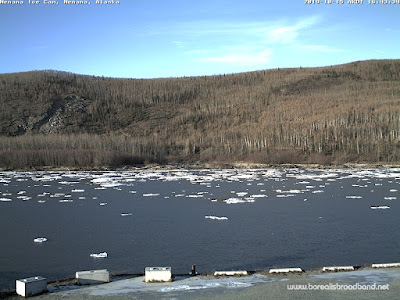 But as of yesterday the George Black ferry was still crossing the river at Dawson City in the Yukon: 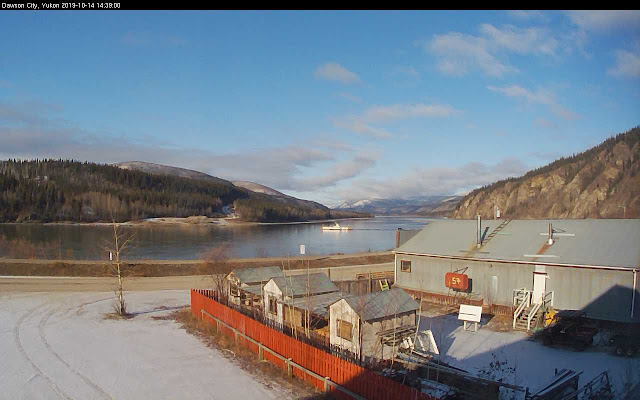